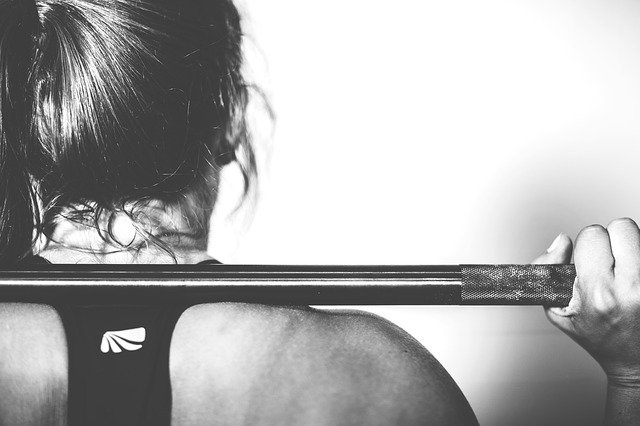 Natalee Barnett and the Fight for Harassment-Free Workouts

Life&Style writer Charlotte Pryce discusses the debate surrounding women-only gyms, arguing that they can act as an important safe space

Written by charlottepryce99
Final Year English and History Student
Published at 11:00 on 16 February 2021
Images by Ichigo121212

There are many negative experiences that women unfortunately possess in common, and the experience of sexism, harassment and general discomfort in the gym is sadly one of these. Perhaps it is being approached persistently by a guy who’s after your number while you are just trying to get your workout done, or you have been the target of unwelcome sexualised comments about your body or clothes, or maybe you have been the victim of ‘mansplaining’- being given unsolicited ‘advice’ with regards to your technique – and left feeling uncomfortable and belittled. At one point or another, most women, and certainly every woman I have ever spoken to on the matter, have felt uncomfortable in the gym because of a man.

For many, this results in being too scared to step into the weights section, or, after you have finally plucked up the courage to approach the weights, finishing your set early because you have been made to feel uncomfortable. It is being reluctant to wear those shorts that make you feel great because you are worried that they will attract leering eyes and comments, because people have made comments before. It is not wanting to be in the gym too late on your own because you fear something will happen to you. It is countless examples of women’s sense of security being threatened by men in the gym.

For many women who are confident in the weights area and slay their workouts, this feeling has not come naturally. They have had to battle with distressing experiences and feelings of anxiety to reach such a point. Women have to fight to earn their spot in the gym in ways that men do not have to, and despite how confident they may be in the gym, they are never truly free from the possibility of harassment or sexist interactions with men. Hence, fitness influencer Natalee Barnett, also known as nataleebfitness, has spoken out about these experiences of sexism and harassment in the gym that are unique to women, and recently announced plans to set up a women-only gym to provide women a safe space in which to work out and achieve their goals.

In a video published on her YouTube channel, the twenty-one-year-old details some of her own negative encounters with men in the gym, including men cornering her to ask for her number, initiating unwanted conversations, and some having even stepped on her phone. Natalee speaks for many women’s difficult and often scary experiences in the gym, and as such, her plans for a women-only gym have received much support. However, not everyone has reacted positively. The idea of a women-only gym, some of which already exist, has been met with renewed criticism from some, despite the clear fact that their existence would provide for a better gym experience for many women.

One of the most common critiques that proponents of women-only gyms are met with is the claim that such a gym would cause more divisions between men and women. While at first glance this may seem a reasonable argument, with further separations of men and women appearing counter-productive in the fight for gender equality, the reality is more complex than this. Why should we deny women a safe space to work out while society as a whole continues to work to dismantle the still-existing gender inequalities that lead to this sense of entitlement that permits men to treat women in this way in the first place? Women deserve to feel safe at the same time as wanting to achieve equality. This critique also has eerie undertones of victim blaming; women are blamed for perpetuating gender inequalities if they dare to desire to exercise in a place separate from men, who are the very reason for so many women wanting women-only gyms. Instead, women are expected to put up with this behaviour – but for who’s benefit? Certainly not their own.

Secondly, it has been argued that the discourse around women’s experiences of harassment in the gym and the subsequent need for a women-only gym invalidates men’s’ experiences of feeling uncomfortable themselves in the gym. While men can certainly struggle with issues such as body confidence and anxiety in the gym – no one is saying they don’t – these struggles are separate to the unique experiences of women in the gym regarding sexism and harassment. Indeed, many of the issues faced by men in the gym find their roots in toxic masculinity, which is something women should not be penalised for. Women face unique experiences, and listening to them and improving their experience in the gym does not invalidate the still-important issues faced by men. However, refusing to listen to women’s issues because men also experience discomfort in the gym does invalidate women’s experiences, and shines the light once again on this ever-privileged group.

Finally, the age-old response that proposals such as these receive time and time again is that of the ‘not all men’ response. It is certainly true that not all men behave in these ways in the gym, and I’d like to think it is only a minority that do. However, the desire for a women-only gym is not a slight on men, it is a recognition that there are still gender inequalities and beliefs in society that permit some men to feel entitled to act the way they do, and thus this makes it an issue with men in the abstract, and how society raises men more broadly, not an attack on individuals. But this also begs the question, why should it matter if women have their own gym if these men don’t act in such ways anyway? This viewpoint paints men as the victim and deflects attention away from what women experience – it is disrespectful to the very real, lived experiences of women every single day. It is not a matter of pointing a finger at every single man and accusing him of harassment, but instead acknowledging that due to such deep-rooted perceptions of gender in our society, some men feel entitled to treat women in this way. If the men who are so keen to proclaim that ‘not all men’ act in such a way, they need to prove this by listening to and respecting the experiences of women, and support them in events such as this.

Women deserve to feel both safe and comfortable to work out in a gym, and to work out in the ways in which they want to. They should be able to enter the weighs area, wearing whatever they want, free from the worry that they may experience harassment. Natalee makes a key point in her YouTube video that it will be a long time before all men treat women with respect and recognise how their actions are inappropriate. Therefore, why should women suffer in the meantime, when women-only gyms could become more widespread and provide for a more pleasant gym experience?

Rebel Wilson and the Media Fixation on Women’s Bodies