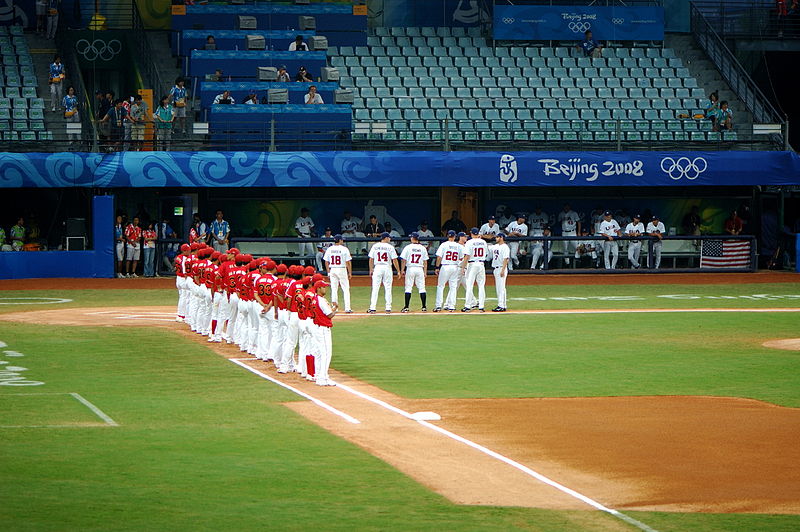 For the first time in thirteen years, baseball and softball have found their way back to the Olympics. Fukushima Azuma Baseball Stadium is to host a handful of games, including the opening matches, but Yokohama Baseball Stadium is the main host for both tournaments. While baseball and softball were voted out as permanent Olympic events in 2005 amidst concerns that they were not global enough sports, their return could signify a new era for the Olympics with many more modern day sports being included.

Six teams have qualified to compete in the men’s baseball tournament, including Japan, Mexico and the Dominican Republic in Group A, and the USA, South Korea and Israel in Group B. The winners of Group A and Group B will immediately advance to the second knockout round to play each other for a place in the semi-finals. The second and third-place finishers from Group A and B will face each other in the first knockout round to make it into round 2. The loser of the third-place finishers game is eliminated from the tournament. Then, the tournament becomes a double elimination, with the winners and losers of each round facing each other until the medal matches at the end. See this flow chart for more details.[5]

Six teams also qualified for the women’s softball tournament with the USA, Japan, Canada, Australia, Mexico and Italy all competing. The format for softball is much simpler, with the teams all playing each other in a round robin before the top two teams compete for the gold medal, with the third and fourth place teams facing off for the bronze.

Japan, ranked as number one in the world, are definitely the favourite to win the baseball. With a home advantage on their side, they are tough competitors to beat. South Korea (ranked number three) and the USA (ranked number four) will also be fierce competition in the fight for medals. Interestingly enough, the most successful baseball team, China, did not qualify for the Olympics and so the tournament is wide open.

In softball, the USA are the top ranked team with three gold medals in the event already. Japan follows closely behind as the number two ranked team in the world and, at their home Olympics, may have an advantage to beat the Americans. That isn’t to rule out Canada or Australia, who have been known in the past to pull off some incredible performances under pressure. Whilst the United States are the clear favourites, keep your eye on this event as there may be a few surprises.

The softball tournament is already underway having begun before the opening ceremony and will conclude on 27th July. The baseball begins on 28th July with the final on 7th August.