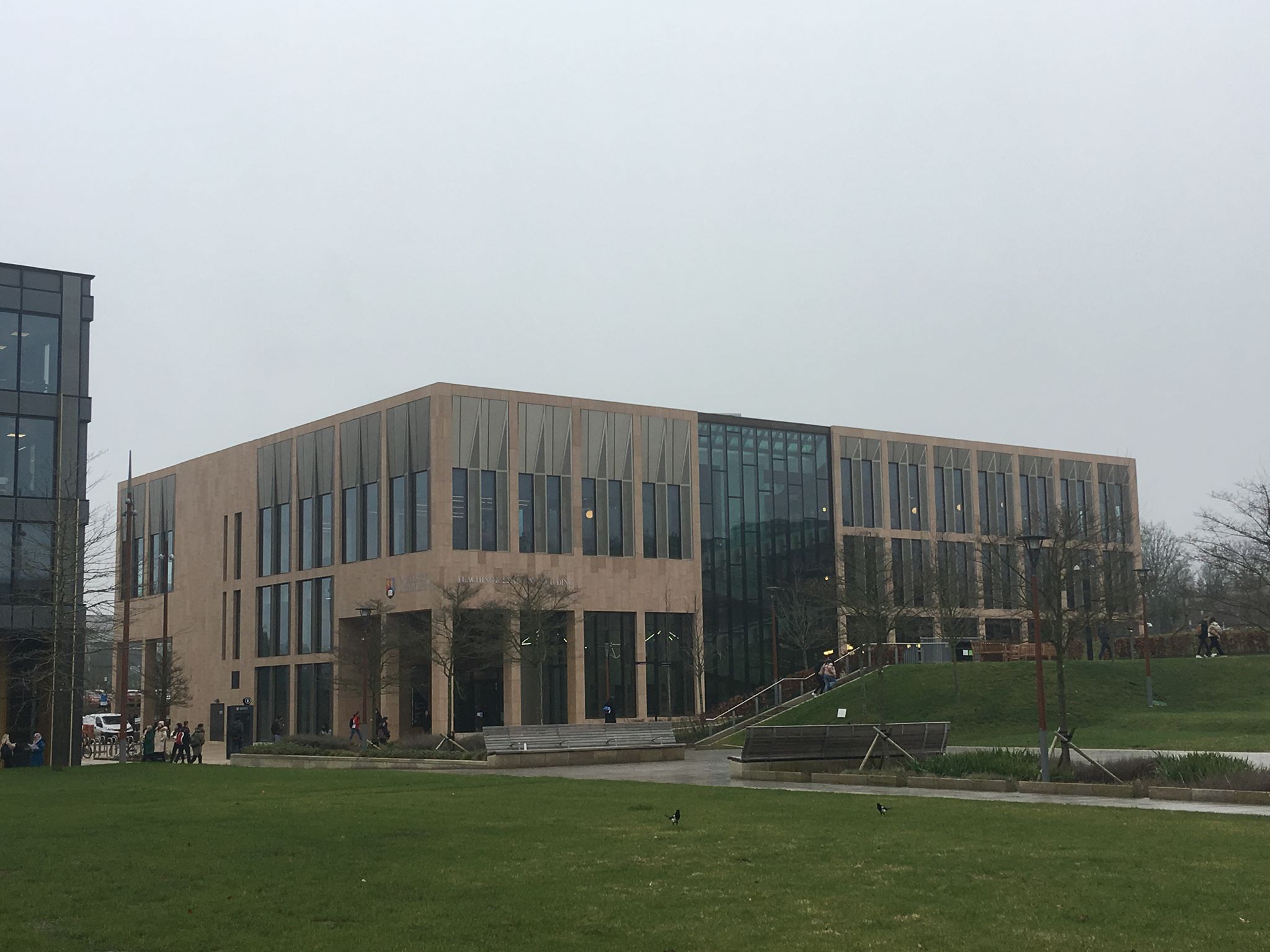 New Teaching and Learning Building is a Step Up

The University of Birmingham’s new Teaching and Learning Building has opened next to the library.

The building, which sits right at the centre of the Green Heart development, was finished last year and cost £22.7 million, with a new café area and ten seminar rooms, which hold a capacity of 30 each. The building also provides additional lecture space, with two lecture theatres holding 750 people cumulatively.

Peter Owen, managing director for Wilmott Dixon, told Redbrick that the Teaching and Learning Building will ‘provide a new cutting-edge facility for students and staff to enjoy.’ Owen added that ‘the new building will be a flagship educational facility for the University.’

The new building has increased the amount of study space on campus, providing students with an additional location to work.

This building has also been praised for its environmental sustainability, as it features electricity totems representing the total electricity used in the building and the electricity consumption over previous days.

Molly Elliott, a second year student told Redbrick, ‘studying might be difficult due to the lack of plugs at the desks.’

Some students have suggested that the width of the stairs increases the time it takes to walk up the floors. Cerys Gardner, a first year, commented that ‘the really long steps mean I have to lunge to get from one step to the next.’

Lecturers at the University of Birmingham overwhelmingly praised the new building for its additional lecture and seminar space. However, lecturers stressed that ‘the seminar rooms were spacious but inflexible as the tables could not be moved easily for seminar discussions.’

Ryan Ginger, the Guild Activities and Employability Officer, adds that: ‘Every weekday Guild Student Groups are able to book out the ten seminar rooms from 7-10pm. This is a great win for Student Groups providing them with more space to book, meet and do their activity!’

Professor Sir David Eastwood, Vice Chancellor of the University of Birmingham, told Redbrick: ‘The Teaching and Learning Building is an excellent demonstration of our commitment to providing the best academic facilities for our students. With both formal and informal learning spaces, this building was designed with student feedback in mind.

‘It is very encouraging to see that the facilities have been full and well used within the opening week. I am very much looking forward to delivering a lecture there on Wednesday 29 January as part of UoBe Enlightened, an event to celebrate the completion of this new facility. I hope to see many students there.’