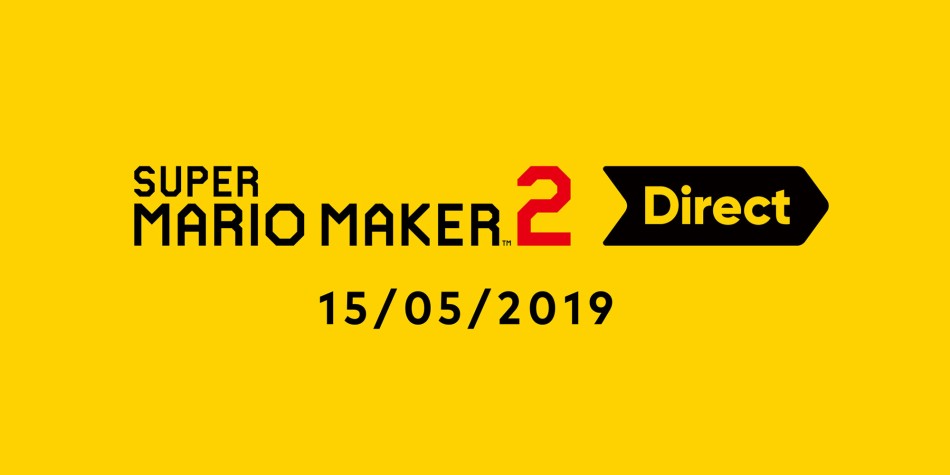 Sam Nason
Section Editor for Redbrick Gaming - currently replaying the underrated gem that is DuckTales Remastered
Published at 07:00 on 24 May 2019
Images by Nintendo , NintendoEverything ,

The release of Super Mario Maker 2, the sequel to Nintendo’s highly praised level-building application, is fast approaching. With anticipation rising, the company released a roughly 15-minute presentation this Wednesday (15th May) to showcase some of its newest features.

First the presentation recapped the basics of level creation and ran through the tools present in the previous game. Like before, Super Mario Maker 2 allows you to place items like blocks, pipes and enemies and decide what’s inside them, where they go or how big they are. The parts used can be combined in unique ways that the Direct boasts ‘isn’t even possible in regular Mario games’, showing the range of customisation available. Once created, courses can be uploaded to the Internet and, if one has Nintendo Switch Online, can be downloaded and played from all across the world.

The presentation then focused on the game’s newest course parts and features; slopes are as easy to place as terrain, being able to dictate their direction and gradient through the simple menus. The Angry Sun from Super Mario Bros. 3 is also present, and angry as ever! The snake blocks that Mario must stay on top of to survive also appear, with one being able to change their trajectory simply by drawing on the Nintendo Switch screen. The On/Off switches allow the toggling of red and blue blocks in your course, causing the landscape to change – useful for setting traps or creating puzzles. Seesaws tilt left to right under Mario’s weight and swinging claws allow Mario to grab hold, build momentum and jump off of them.

A hugely requested feature in the previous Mario Maker game was that of water being available in levels otherwise set on land. The game gives you that option, enabling you to set points where the water may rise or fall throughout the stage. You can select from three different speeds for the water to rise, making it as urgent or relaxed as you like! Another element is the custom scroll, letting you adjust the trajectory and speed of the level’s auto-scrolling should you choose to have it. Vertical courses have also been added, obviously providing more vertical space in the level creator than the previous game. Banzai Bills – the massive Bullet Bills – appear, with a homing mode also toggleable if you want to make your level particularly unforgiving. What a unit.

The Dry Bones shell is a new mechanic that acts like a beginner’s Goomba shoe – you can hop around and float on lava while inside the shell, and by pressing down can ‘play dead’ and become invincible for a few seconds. Big coins are exactly what they sound like – new objects that can gift 10, 30 or 50 coins at a time. There are a number of new sound and visual effects for you to play with in your levels too! Co-op level building was shown off, allowing you to pass a Joy-Con to a friend in order to build the level together, on the same Switch screen. Clear conditions were also introduced, forcing the player to complete an objective or finish the level in a specific way in order to pass. Twisters, icicle, diagonal conveyor belts, Red Yoshis, Parachutes and Boom Boom (they called him a mad lad) were also mentioned very briefly – evidently the game has a huge degree of customisation and new elements that redefine the Mario Maker experience first pioneered in 2015.

Unique to the game, Super Mario Maker 2 boasts a story mode; Mario must rebuild Princess Peach’s castle and, in order to do that, must overcome over 100 courses to collect coins for the job. These levels showcase lots of different aspects and elements of the level creation tool, inspiring the player while challenging them. As Mario builds more of the castle, he can explore the different levels and meet new characters, who may give him additional jobs and challenges. Also showcased were new course themes; desert, snow, forest and sky all make their debut in this game – for all art styles, too! They boast new, original music composed by Koji Kondo, the master of Super Mario music.

The moon was the next course part to be showcased, allowing any of your levels to take place at night. The moon acts in a similar way to the angry sun, but is a positive element as opposed to negative. If you hit the sun, you’d lose a life – but if you hit the moon, you’ll wipe the screen of enemies. The moon also boasts ‘surprises’ as it changes the gameplay mechanics throughout the game’s themes – in the ground theme, Goombas float as if in zero-gravity! The underground turns upside down; ghost-houses have their lights dimmed, blacking out the majority of the level; in the sky, gravity is reduced; the desert sees a sandstorm rage through it; the snow becomes really slippery once the moon comes into play; and the forest waters become poisonous. There are also variations of normal items that appear only at ‘night’, for example the Rotten Mushroom. Once these ‘night’ features are unlocked, one can use them freely without having to put the moon object in the course.

The new game style for Super Mario 3D World was next to be shown. The style is so unique you aren’t able to toggle the style for any pre-existing course – it must be built from the ground up. Cat Mario’s moves in Mario Maker 2 remain the same as in the Wii U game, allowing unique ways to traverse the level. Clear pipes make an appearance and can be free-drawn on the Switch screen. Crates can be used for Mario to throw and create platforms when there aren’t any. Warp Boxes, like pipes, can be used to take Mario to a new subsection. ! Blocks extend when hit, allowing a path to be created. Blinking Blocks phase in and out periodically, requiring timed jumps to use. The track block, like the snake blocks previously, will follow any path you may draw.

The Mushroom Trampoline can be bounced off of, while the Piranha Creeper is a plant that extends wherever you may draw. Skipsqueaks are enemies who try to match Mario’s jumps, making them trickier to defeat. The Koopa Troopa Car allows Mario to zoom through a level in the front seat of a motor, which is as hilarious as it sounds. Charvaargh is a fire-snake enemy who moves through the back- and foreground to gobble up Mario at all costs. Pom Pom, Boom Boom’s female counterpart, also makes an appearance, using her doppelganger and ninja star abilities to test the player.

Online was the next aspect covered. Course World, like the previous game, is the hub to explore all the levels uploaded. Courses can be searched for using filters or specific tags, making the process easier than before. Just like before, comments can be left inside courses (though these are pre-set phrases as opposed to the abominations the Miiverse spawned in the previous game). You can also download courses and play them offline. Each player has their own profile in Course World; if players like the levels you upload, you’ll earn Maker Points, which can be used to unlock new costumes and accessories to customise your Mii with.

Similar to the 100-Mario Challenge, Super Mario Maker 2 boasts the Endless Challenge, where you aim to complete as many courses as you can before getting a game over. On top of that, network play allows you to play together with others, enabling online multiplayer in all courses! You can start a versus race (where you must get to the end first in a randomly selected course) or a co-op game (where all players must work together to beat a course).  Local multiplayer is also available with up to three other Switch systems.

As the Direct wraps up, a limited edition version of the game is announced that includes a 12-month Nintendo Switch Online membership, which appears almost essential to enjoy the wider aspects of the title. Nintendo Switch Game Vouchers were also introduced, allowing the purchase of a pair of vouchers for £84 that can be redeemed for 2 Nintendo titles in the eShop, essentially offering a small discount when purchasing two games together.

Phew! Thus concludes the Super Mario Maker 2 Direct. The game looks to boast a huge number of new features and mechanics that separate it from its predecessor, revitalising the experience for another console. The story mode and online play in particular are important aspects that make the title truly unique; both are widely requested features that Nintendo has delivered on and, it seems, to great effect. You can watch the presentation below to see some of the dynamic and exciting possibilities in the game – ones that you could be making very soon!