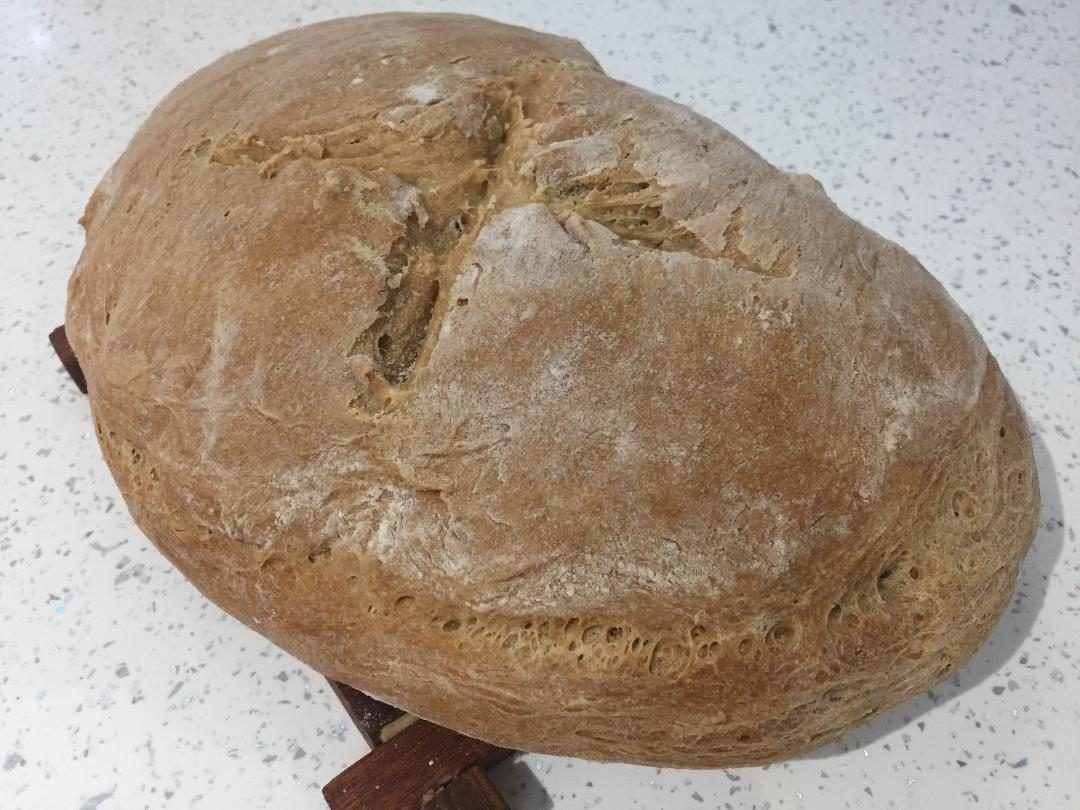 Getting sourdough just right has been the new baking challenge in recent weeks. Unlike previous popular bakes such as banana bread, sourdough takes more time and patience to get right. Using an easy-to-follow recipe from BBC Good Food, I have, for the most part, succeeded in making sourdough for the first time. This is my method, with additional tips for bakers who prefer simple recipes and short-cuts. The bonus of this recipe is that it does not require too many ingredients with most being found in your cupboards.

The first half of the dough:

The second half of the dough:

Begin making the first half of the dough. For this, mix 200g of flour, 4.5g yeast and 250ml of cold water in a bowl, until the mixture has a soggy appearance, with small bubbles on the surface. Keep this mix in the bowl and cover the surface with cling film, leaving it out on a surface at room temperature. Let the mix develop at least overnight, but preferably for 24 hours.

After 24 hours, the rest of the dough can be made. Add the remaining 400g of flour, a teaspoon of salt, and 200ml cold water to the bowl with the dough that you have already made. Stir all the ingredients until you have made a firm dough. If the mixture is too sticky, add more flour to the dough. Next, sprinkle a clean surface with flour and then knead the dough for 10 minutes. The best way I have learnt to knead the dough is to pull it towards you and then fold it back to the centre. Continue this stretching and folding and hopefully you will feel the dough become elastic-like.

Now place the dough in an oiled bowl and cover it with cling film, leaving the dough to double in size for an hour at room temperature. Then place the bowl in the fridge and leave it there for a further three hours.

Finally, remove the dough and shape to fit your baking tray. Be careful not to mould the dough too much, as it needs to retain its airy texture. Leave the dough on a tray covered with a tea towel for an hour to rise again at room temperature. Then remove the tea towel and make a cross at the top of the dough. Proceed to bake the bread at 200C for between 25 to 35 minutes, depending on how hot your oven gets. To check that it’s cooked, I would recommend the technique of tapping the bottom of the bread which has been made famous by Great British Bake Off – if it sounds hollow, it is done!