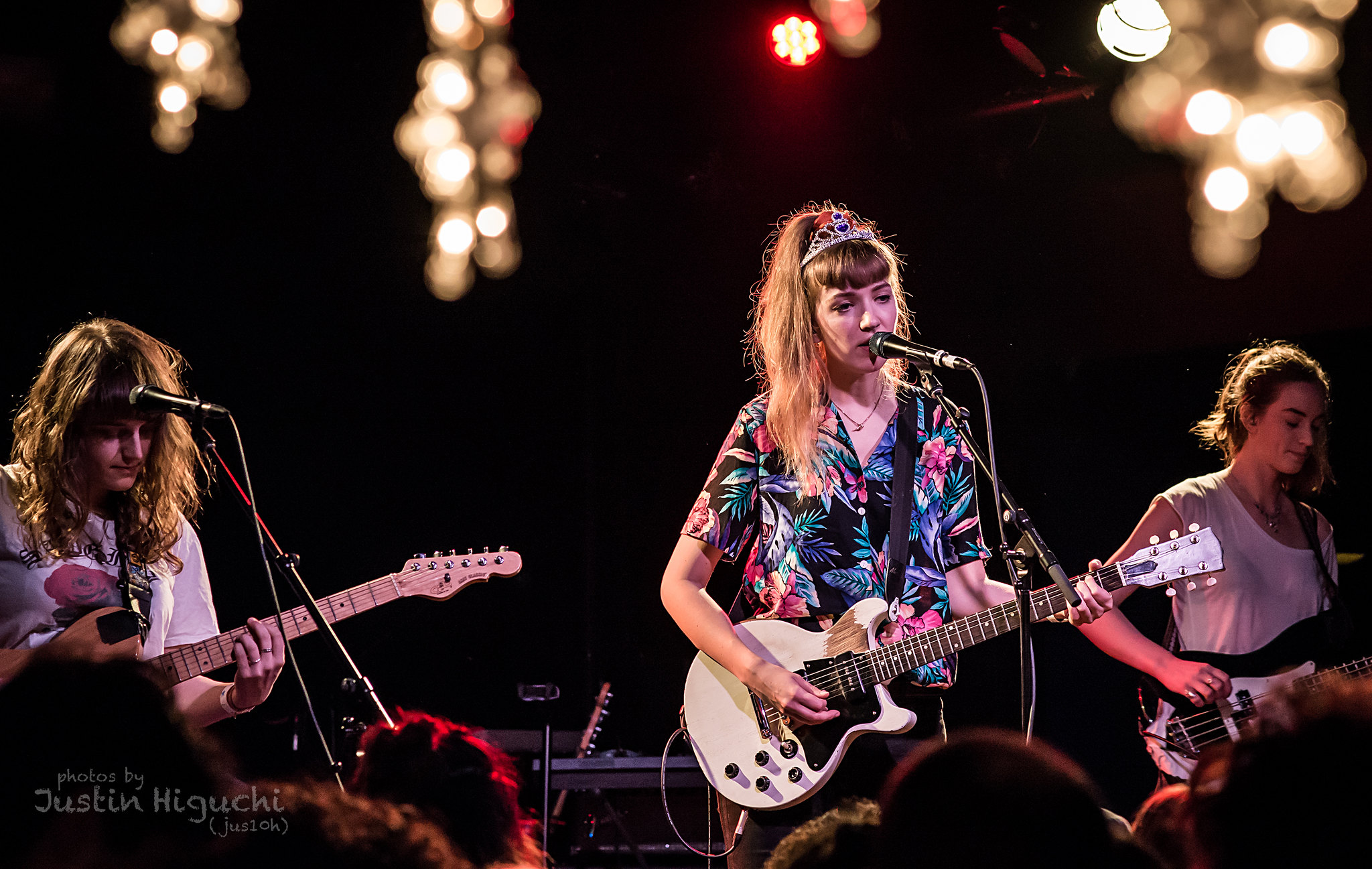 Music Editor Robbie Hawken chats with The Big Moons’ Juliette Jackson about the struggles of lock down, responding to critics, their upcoming tour and more

Written by Robbie Hawken
Published at 10:30 on 12 August 2020
Images by Justin Higuchi

The Coronavirus pandemic has made this year a strange one. Although we are only into the month of August, 2020 feels as if it has dragged on far longer than its short eight months suggest. For musicians, the separation from their audience and doing what they love makes this seem longer still, as The Big Moons’ Juliette Jackson makes clear to me during our interview, although the artist still recognises her privilege.

‘at least I can afford my food and I’ve got a flat that I can live in, so many people are much worse off than me.’

‘For the first month I found it really hard to do anything. I was just kind of sitting around, chilling out and having a panic attack just like everybody else, I guess. I just realized that to be creative in any way or to write songs in my case, you need to feel safe, you need to feel comfortable … and I guess we haven’t really had that, so I learnt that about myself. I had to have a bit of a break, read some books and watch crap on TV for a while.’

However, the band were far from inactive during this period, releasing the video for ‘Why,’ filmed without the band meeting in person, depicting them via green screen on a sunny beach. ‘It was such a strange experience, because it was just as the very strict lock down was beginning to be eased, and we did it in a studio in London, with only three people wearing full hazmat suits with masks. Each band member arrived at different times of day, so we didn’t see each other. It was weird but also good to do stuff after such a long time.’

Despite the cancellation of their tour this year, 2020 has still been an important year for The Big Moon, as they released their second album Walking Like We Do. When asked if she pays attention to the critics Jackson had this to say;

‘I ignore them but unfortunately people tell me them, so I told the band and the label if there’s any bad ones don’t tell me. I’ve read the good ones, which were good for my self-esteem.’ ‘What matters to me is that I feel good when I’m playing it and people respond to it at our gigs. You can see when a song hits home and how people react, there’s no review that can change that. It’s the same with Youtube comments, there’s so many wankers in the world but it doesn’t change my pride for the things that we make and what we do. The main thing is not letting it affect you.’

Although the album is full of great songs, I asked in particular for the meaning behind ‘Take a Piece’ which is my personal favourite;

‘I guess that song is about getting outside of your head, but it kind of became a lot about writing the second album. You feel a vulnerability as a performer and it does feel like you have to give a lot of yourself away especially on stage in a live situation you can feel quite vulnerable but on the flip side of that you can feel very welcome and have a total opposite feeling and feel strong and powerful.’

‘That song is about just working out the balance of how much of yourself you have to give away to make the thing that you want to make. I mean that’s kind of what came out, you don’t really sit down and write a song and think it’s going to be about this. Somehow it all always becomes something you needed to say without realising or something you needed to understand. ‘

Although their tour this year was sadly cancelled, The Big Moon have toured with major artists as support, and Jackson enthusiastically spoke about supporting Pixies on tour. Although also confirming she loves all the bands she has supported, she said, ‘they are my favourite band and always have been. They’ve been a huge influence on me …. the way I play, the way I want to play, the way they write songs, the way they perform. So touring with them was literally a dream come true.’

Jackson spoke of the joy of being a supporting band, mentioning that covers of Bonnie Tyler and Fatboy Slim feature in their performances; ‘We love doing support tours, you get to play huge crowds who haven’t heard you before and you win them over. It’s always really good fun, being backstage too, we all hang out and have meals and play karaoke. Ugh I miss it, oh god I feel like I might cry.’

We touched briefly on a far more serious issue, which deserves far more than a single question to do it justice, that of the culture of misogyny raised by the allegations at a California record company of sexual misconduct, leading some critics to suggest that ‘indie music culture needs to be detoxified.’

However, we ended on a far happier note, discussing their rescheduled tour in March 2021 which we all look forward to with excitement. ‘It’s our biggest tour ever and we’re gunna get some lights and smoke and all that stuff. I think that touring again and being together as a crowd again is going to feel quite special. We’re never going to take this for granted again, all the jumping around, screaming in other people’s faces and getting sweaty together.’