Redbrick News Investigates: Is Our Campus Too Crowded?

Josh Hamilton investigates complaints that the university, with an ever increasing student population, is running out of study spaces. 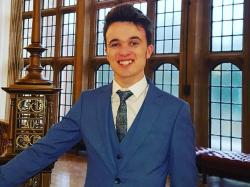 Huge concerns have been raised over the amount of study space available to staff and students on campus. Even with the completion of the state-of-the-art library last year, the university continues to operate at what students believe to be maximum capacity. As more desks continue to be installed, does this problem still need to be addressed? Redbrick investigates.

The £60 million-pound Main Library, which was opened September 2016, is often critiqued for being unable to sufficiently seat enough students. Complaints persist, even after installing new desks and chairs. January saw 102 temporary desks and 18 permanent ones placed in the one-year-old building. Soft seating, including sofas and large chairs, were replaced, raising capacity to over 2,000. The new library could contain just 1,818 students when it first opened, allowing the university to boast that it controlled ‘one of the largest academic libraries in the country’. This figure is set to rise with the completion of February’s plans to replace group study tables with individual desks.

The move towards private, rather than group, study offers a drastic change to the Main Library’s original vision. The first floor originally offered a ‘quiet reading room’ and a space in which researchers could collaborate and network, this is no longer the case.

Adam Goldstone, Education Officer, commented that the library staff’s surveys indicate that ‘students prefer “typical” seating, so seats and desks rather than couches’. Individual desks could also suggest a need to keep up with the demand for private study spaces by the growing number of students securing places at the university.

In reply to the possible permanency of new seating, Goldstone said, ‘the general library plan will change dependent on the time of year’. Seating supply will vary to keep up with the demand, which changes based on whether deadlines or exams are imminent. He added that ‘certain areas will be silent during exam period’, suggesting a desire for a flexible work environment.

With around 34,000 students now attending the University, the Main Library can only house 6% of all students. In light of this, Redbrick conducted a survey to uncover student opinions on whether there is sufficient space on campus to study.

The survey revealed that 77.5% of students do not believe that there is enough study space on campus as a whole, and a further 80.2% feel that there is not enough space in their study space of choice. Opinions are mixed over whether the University is doing enough to increase study spaces. 64.3% disagree, whereas 22.1% remain neutral. Greater division exists over whether the recently-added seating in the Main Library has made it easier to find a seat. 54.9% disagree, whereas 24.4% remain neutral, and 20.6% agree that seating can now be more easily located. The findings of the survey, therefore, indicate that campus overcrowding remains a pertinent issue.

To tackle the perceived overcrowding, staff reopened the Harding study space, previously known as the Harding Law Library. It had been closed as the texts it housed are now located in the Main Library. The refurbished study space brought more than 150 seats and 30 computers into student usage. Our survey, however, indicates mixed reactions. One student resented the room’s general use. In the past, it had only been open to law students, but now it is ‘increasingly difficult’ to find an appropriate study space there. On the other hand, another responded that the university are ‘doing their best to create more seating’. Moreover, the student claimed that there are many places to study on campus ‘which are most often completely empty’ because students do not wish to go further than the Main Library.

To promote these additional spaces, staff now track occupancy levels online, at http://uoblivestudy.space/. Data is only measured between 9am and 6pm on working days, but advises students on where to study during the week to avoid crowded areas.

The online tracker also lists the total occupancies of each space, listed below:

The occupancy of the above spaces totals 3,205, representing just 9% of all students, despite the fact that 63.8% of surveyed students reported studying more on campus than at home. If the survey was to be taken as accurate for the entire student population that would mean that of 34,000 total students, 21,692 prefer to study on campus, relatively speaking. If all 21,692 students were to study on campus at the same time, the University would be unable to accommodate for 18,487 people in their most popular learning spaces. Respondents fear that overcrowding like this will ‘really become prominent’ during exam season.

On the other hand, contention indicates that the study space crisis ‘has been sensationalised by people that aren’t willing to work outside the library’. An English and History third year agreed, believing that most students were unaware of the multitude of places to work on campus.

In contrast, one respondent, whilst aware of The Guild and University Centre, denounced them as inadequate, ‘loud and disruptive’. Another student argued that the problem was not a lack of awareness, but an unwillingness to work outside of the Main Library. They said that the quality of other spaces does not compare to that of the library, specifically naming its café, plug sockets, book access, and a twenty-four-hour-opening as stand-out features. Claiming that, these factors make the Main Library ‘a much more desirable place to work.’

‘The only thing it doesn’t have is seats’.

Currently, the Main Library is the only dedicated, twenty-four-hour work space on campus. Many buildings remain closed in the evenings and on weekends, which may hamper students’ abilities to study more flexibly. Goldstone commented that this was to ensure that staff had time to fix potential problems and amend issues if necessary. It is therefore not feasible for every study space to be open 24/7.

Historically, staff have acted on students’ concerns. Last year’s Free the Tea campaign resulted in the allowance of the consumption of food and drink in many spaces in the library where this had previously not been permitted.

Staff are endeavouring to fix faulty plug sockets and update the Wi-Fi services to improve internet access and create a more robust, reliable service. Their installation of new furniture indicates a continuation of these attitudes towards resolving complaints.

Moreover, to improve access to study spaces library staff have enacted the #StopDeskHogging initiative. The scheme, which first surfaced during exam season last year, allows students and staff to remove an individual’s belongings if they have been absent for more than 60 minutes. Our survey shows that 70.4% of students agree that the scheme is a good idea. 6.1% of respondents, however, strongly disagreed with the initiative. One comment offered that ‘no student would actually move someone else’s possessions…in fear of creating a conflict’. They suggested that staff instead record the offender’s name, and repeat offenders be asked to study elsewhere.

Similarly, another respondent complained about being ‘punished for leaving your seat to get food or coffee’ after having searched the library for 45 minutes for a free space.

Another student commented that the scheme was ‘simply not practical’. They praised the idea’s conception, but criticised library staff for not enforcing the rule.

They said, ‘I am all for this, but not enough staff members can be seen roaming the building – especially not in the Wolfson Room, where many people leave their belongings. It would be interesting to know whether anyone would actually be brave enough to move someone else’s possessions, or if staff members are only willing to threaten, not enforce.’

Many respondents suggested shorter time periods for the space-claiming scheme, offering as low an amount as 15 minutes. They believed that this was an adequate time to go for a walk or to use the toilet, and reiterated that ‘if you’re going for lunch…you should give up your space’.

Others were more concerned over the Green Heart Project’s appropriation of study space. Opening the centre of campus across 12 acres, Green Heart replaced the Old Main Library when it was demolished in the final quarter of 2017. One respondent believed that this building could have been left open to make use of its study space alongside the new library. However, investigations indicate that the old building required a mass-overhaul to leave it at a suitable quality for staff and students; the current plan – building a new library and demolishing the old one – was deemed more cost-effective.

Others echoed that the Project was ‘a monumental waste of money’, stating that ‘we need places to study, green space is useless to us for that’. Moreover, they said that Green Heart will provide the greatest difference to campus life during the summer when the majority of students have returned home and are unable to make sufficient use of the area.

Additionally, concerns have circulated regarding the library’s occupancy. Theories stated that the old library’s total occupancy was higher than the new Main Library’s. Redbrick can confirm that the new Main Library’s study spaces represent a capacity increase of 40% against the old library’s. Even when factoring in the closure of site-libraries, this represents a total increase of 9% across campus. Our source stated that the new venue has the appearance of overcrowding because of its improved facilities: more people are likely to attend the new library than the old one, offering the appearance of a decreased total capacity.

Regarding the old library, one student commented that it was ‘old and dull…not a comfortable environment.’ They said, ‘the lighter, more open new library is far better, especially during revision where most of the daylight time is spent in the library’.

A University spokesman said ‘The University is committed to providing appropriate study space for all students,’ citing the recently opened Harding Study Lounge and ‘considerable recent investment in The Loft (University Centre) and the Mason Lounge (Arts Building), both of which offer increased capacity and greatly improved facilities.’

‘There are a wide range of study spaces on campus that are open to all students. Each of these spaces has its own characteristics – some are small and quiet, others are larger and busier. Trying a variety should enable students to find a space that best suits their needs at particular times.’

‘Live occupancy [of study spaces] can also be accessed at www.uoblivestudy.space from any smart phone or device…saving students from having to look around campus themselves for somewhere to study.’

‘As part of the investment in the University campus, work on a new Teaching and Learning Building will begin later on this year. Beside the library and on the edge of the Green Heart, this will be a hub for education, providing a state-of- the-art teaching and social study space.’ This will include ‘a social learning environment for more than 515 students’.

Redbrick’s investigation shows that division over the University’s approach towards increasing study spaces still exists. Efforts must be made into improving work space visibility, to encourage students to utilise other areas and reduce the perceived overcrowding of the Main Library.