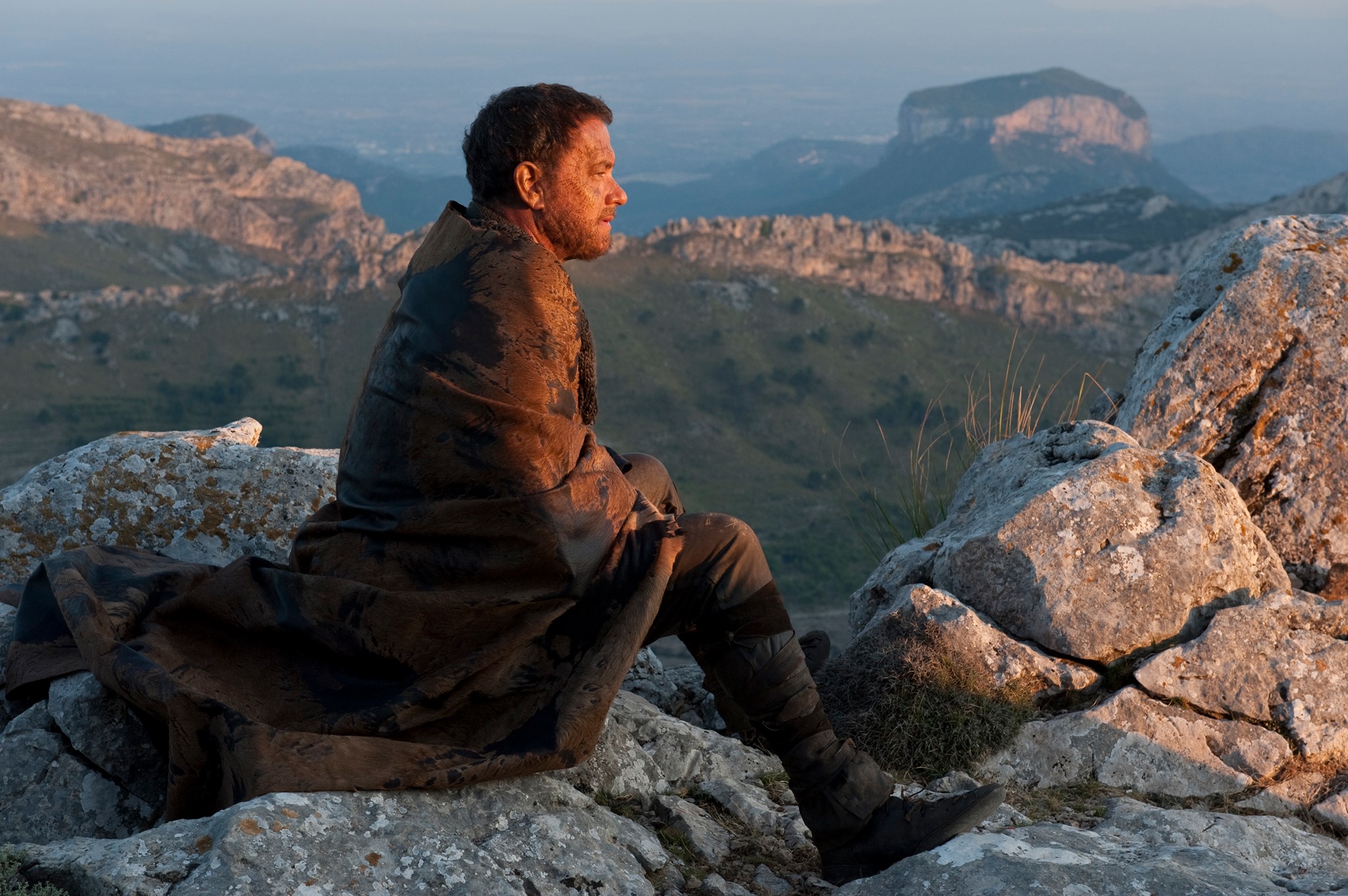 Many novels have been labelled unfilmable. No Country for Old Men, Life of Pi and Dune, to name a few. These mountains have been summited with varied success but Cloud Atlas seems like a different beast entirely. David Mitchell’s novel is structured like a Russian doll set, featuring six alternating stories which initially appear unrelated but reveal greater thematic and emotional connections the more that they progress. Lilly and Lana Wachowski, along with co-director Tom Twyker, took the novel’s challenges one step further by intercutting the stories instead of handling them one at a time. They use the same set of actors (including Halle Berry, Tom Hanks, Ben Wishaw and Doona Bae) whose various characters inhabit eras as early as 1849 and as far in the future as 2321. Makeup often renders some of them barely recognisable, but this bold casting choice underlines the most powerful theme of Cloud Atlas: arbitrary categorisations should not divide us given the promise that progress towards a common good offers.

Critics were polarised by the film at the time of its release. Many have criticised it for its somewhat wonky tone and its excessive sentimentality, but it is hard to ignore how much the film has to offer if you are willing to run with its heart-on-its-sleeve approach. The Wachowskis and Twyker manage to weaponise this sincerity, whether it is in the context of Moriori native Autua (David Gyasi) being liberated from slavery, a journalist (Berry) fighting to create her own legacy in the shadow of her father’s or a clone (Bae) learning to inspire a revolution against an authoritarian ruling class. These short descriptions are a drop in the ocean, failing to do justice to the vast scope of Cloud Atlas‘ vision of how common kindness can ripple through time.

One scene, set in 1936 Cambridge, sees two queer men smashing shelves of china, venting their frustrations at the men who have policed their behaviour and ambitions. ‘Boundaries are conventions’, the voiceover tells us, a theme the film returns to time and time again as it shows how small actions and informed behaviour can dismantle prejudice, slowly but surely. Twyker’s music beautifully underlines how emotional it is to see these aggrieved people from across the ages act to better the world for themselves and others. Alexander Berner’s editing skilfully weaves these rebellions, big and small, together to demonstrate how their power is accumulative, even if they often happen centuries apart. This is a stirring vision of hope, even if some may accuse it of sliding into misguided optimism.

The film understands that it cannot overlook racism’s complex history, itself being tied to it. Its use of makeup and prosthetics extends beyond fake noses and wild wigs: Halle Berry, one of the most famous black actors in Hollywood, appears in character as a white woman in the 1936 story. As does Doona Bae, one of South Korea’s most successful acting exports, in the 1849 story.

Berry described this as a rewarding experience as an actor, as it was the only way she would be able to play any character in this era other than a slave. More troubling are Jim Sturgess and Hugo Weaving’s characters in the 2144 Neo-Seoul story, both men’s features altered to appear more typically East Asian. Media Action Network for Asian Americans (MANAA) criticised the film’s use of yellowface to allow white actors to play what appear to be Asian characters. The Wachowskis responded by saying that the film’s theme of ‘the continuity of souls’ is reflected in its use of different actors portraying different genders and races across the film’s multiple timelines. Such intentions seem admirable (you would expect nothing less from filmmakers with as keen a focus on identity as The Wachowskis) but it seems unlikely that this message would have been undermined if a pair of Korean actors had been cast instead.

The film is, clearly, as complex as you would expect. With so many competing elements, it is natural that some may feel at times more compelling than others. But the film does not bore; the cast clearly trust Twyker and the Wachowskis, who do not flinch where lesser filmmakers might. This earnest commitment to their ambition and message is what makes Cloud Atlas such a pleasure to experience over and over again.

Cloud Atlas is a film unlike most others; daunting in its complexity and almost foolhardy in its ambition, but rarely anything other than thrilling.

Cloud Atlas is available now on DVD and Blu-ray.

Need some more exciting sci-fi? Check out these other articles from Redbrick Film:

Redbrick’s Picks: the Best Action and Drama Movies for Lockdown