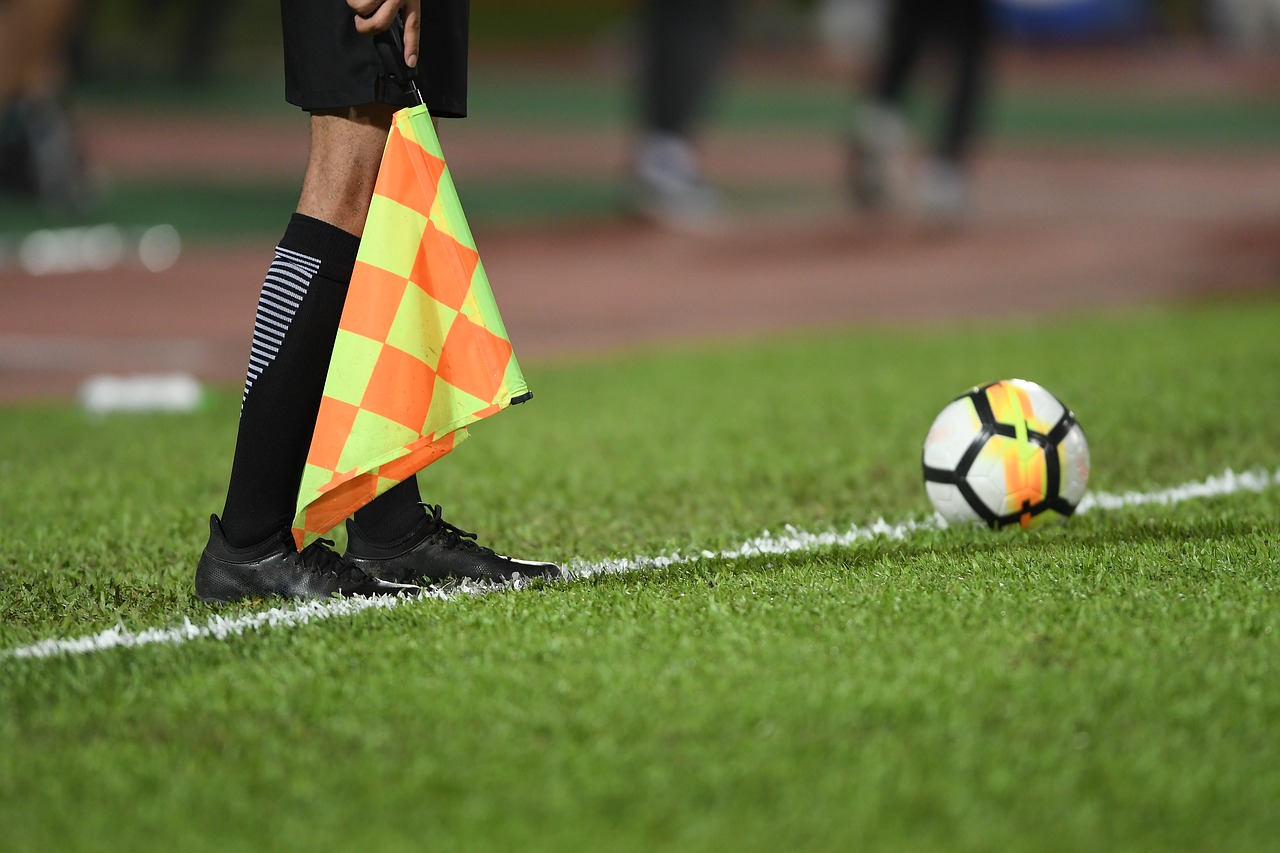 Written by amypurser
Published at 14:00 on 25 September 2020
Images by pixabay/chiraphat

The return of the Premier League has been full of drama, controversy, and excitement. From contentious handball decisions to VAR involvement, the officials will be scrutinised even more than before and, as a qualified referee myself, I do have some sympathy for them. Nevertheless, not every call was correct, so I am rounding up a few of the decisions that have caused a storm on social media.

Jordan Ayew’s shot strikes the arm of United’s Victor Lindelof. Referee Martin Atkinson is advised by VAR to take a second look on the pitchside monitor and he awards Palace a penalty.

🤔 The correct decision? This was the handball that handed #CPFC a penalty against #MUFC.

The FA’s handball law states: ‘It is an offence if a player touches the ball with their hand/arm when the hand/arm has made their body unnaturally bigger.’

The decision of the on-field referee is correct in law and is also in line with the way we, as referees, have been told to apply the law. However, there is still an argument to be had about whether the new handball laws and its application are within the spirit of the game. From a refereeing perspective, it is a prime example of how we are expected to apply the laws of the game but, from a fans perspective, it is a prime example of how the law makers are slowly ruining the sport we love.

Tomas Soucek’s pass hits the upper arm and sleeve of Arsenal defender Gabriel Magalhaes in the box. VAR and on-field referee Michael Oliver decide against a penalty for West Ham.

In a new addition to the laws of the game for this season, the laws say that ‘for the purposes of determining handball offences, the upper boundary of the arm is in line with the bottom of the armpit.’

As referees, we have been told to use the shirt sleeve as a guide for the upcoming season. Any ball that hits the short sleeve of a shirt is not a handball. Using this guidance, the decision not to award a penalty is correct.

Moussa Djenepo’s pass ricochets off Spurs’ Harry Winks and makes contact with the forearm of Matt Doherty. David Coote awards a penalty after reviewing the incident on the monitor.

The laws say that ‘it is not an offence if the ball touches a player’s hand/arm directly from the head or body of another player who is close.’

This is the one handball decision from the weekend that makes me uncomfortable as a referee. Doherty’s arm although in front of him is, in my opinion, not making his body unnaturally bigger. The proximity of Doherty to his teammate Winks makes this decision a difficult one as the laws clearly state that it is not a handball if the ball strikes a player’s arm directly from another player who is close by. I do not believe that a penalty should have been awarded in this situation.

Andreas Christensen rugby tackles Sadio Mane to the ground as the Liverpool forward gets through on goal. Initially, referee Paul Tierney shows a yellow card but upon consulting the pitchside monitor it is upgraded to a red.

Did the referee get it right with Andreas Christensen’s dismissal?

‘In all offences outside of the penalty area, where a player commits an offence that denies their opponent an obvious goal-scoring opportunity the offending player must be sent off.’

Mane is clearly through on goal, in possession of the ball and just outside of the penalty area. In my opinion, Christensen denies a clear goal-scoring opportunity by hauling down the Liverpool forward and therefore deserved to be sent off. This incident is an excellent example of how VAR should be used. The on-field referee was not in a good enough position to see the incident in real-time and by using the pitch-side screen, he was able to eventually come to the correct decision.

Sheffield United defender John Egan is caught out by a long ball, and a tussle ensues between him and Villa’s Ollie Watkins. Egan is sent off after referee Graham Scott decides he has denied Villa an obvious goal-scoring opportunity, but Scott does not consult the pitch-side monitor.

Egan is grappling with Watkins and Graham Scott brandishes the red card!

The law says that four factors must be considered when judging if a denial of an obvious goal-scoring opportunity has occurred. These are:

This is not a denial of an obvious goal-scoring opportunity and Egan is extremely unlucky to be dismissed. The ball travels so far in the air, the grappling is coming from both players and it starts on the halfway line. Watkins was not in possession and was unlikely to gain full control of the ball. Referee Scott was in a poor position, he had no angle to view the situation and is instead looking down the barrel of the incident and has only seen the players let go of each other whilst the ball is close to Watkins. I should say that this is an incredibly subjective decision and VAR has not become involved as it was not deemed to be a ‘clear and obvious error’ by Scott. However, I do feel that if Scott were to review the incident on the monitor, the red card would have been rescinded.

David De Gea saves Jordan Ayew’s penalty, but was adjudged to have been off his line when the spot-kick was taken. Referee Martin Atkinson consulted the monitor and awarded a retake for De Gea’s encroachment.

The law states that ‘the defending goalkeeper must remain on the goal line, with at least a part of one foot touching the goal line when the ball is kicked.’

Whilst Ayew’s penalty was poor, De Gea’s glove was the only part of him in line with the goal line when the ball was kicked. Both of his feet were clearly in front of the goal line and he had therefore encroached. Atkinson’s decision to award another penalty was correct. Whilst this was not a popular decision for fans, it is this sort of objective decision that VAR should be used for. As a fan it is also the sort of issue we love to complain about if our team misses from 12 yards. Atkinson and VAR should be applauded for this decision and we should hope that encroachment continues to be penalised for the remainder of the season.

Overall, I thought it was a great performance from the referees this weekend. The handball decisions, whilst unpopular, were generally correct. The issue of the new law not being in the spirit of the game lies solely with the International Football Association Board (IFAB) and we can only hope that in the future this law is edited to allow for innocent occasions of the ball striking a players arm. We saw VAR at its best and, with the director of the Professional Game Match Officials Limited (PGMOL) allowing the on-field referee to consult the pitch-side monitor, I hope that the days of controversial VAR decisions are a thing of the past.