Gaming Writer George Hopkins does a retrospective review of the slightly scary Amnesia: The Dark Descent 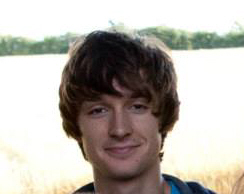 The survival-horror genre has experienced a bit of a renaissance in recent years. Games like Alien Isolation, the Outlast Series and most recently, and perhaps importantly, Resident Evil 7: Biohazard have all achieved significant commercial and critical success. The most significant reason for this resurgence is a new utilisation of the first-person perspective, a trend which was set in motion by Amnesia: The Dark Descent.

When Frictional Games entered into the development process of Amnesia, they were not aiming or expecting to create a game that would resonate in the way that it did. Their primary motivation was somewhat more modest: the survival of their company. After little interest from publishers and the very real threat of financial collapse, they made the brave decision to initially self-publish; a risk that ultimately paid off as they went on to sell over a million units.  This immense and unexpected popularity is partly attributable to its inclusion in indie sales bundles, but its most significant promotions came from streamers and YouTubers who flocked to the game in droves.

From the off, the game immediately sets out the central premise of the narrative: you are a bitter former assistant seeking the owner of the mansion you are trapped in to enact some sort of vengeance. As a narrative pillar this may not initially appear to be the most interesting, however significant intrigue is provided by the fact that the protagonist is suffering from self-induced amnesia.  This is effective as it generates a great deal of curiosity as to what led to this feud and why exactly the protagonist Daniel chose to forget it.

The exposition of this past between the two characters, as well as the context which surrounds it, is skilfully executed through the use of audio-flashbacks, diary entries and notes. This incremental approach is compelling as each instalment reveals just enough information for them to feel worthwhile, yet not enough for your overall appetite for an explanation to be sated. Unfortunately, the overall plot is not deep enough for this to continue throughout the whole game. Beyond the half-way mark the diary entries become far scarcer and any information that is provided offers only minor supplementary details- often lacking variety to the point where they become repetitive.

The story is, however, as in most works of horror, secondary, and provides merely a vehicle through which terror can be induced. In this instance, the pursuit of truth and retribution justifies your progression through a dilapidated mansion- a setting which, while certainly generic, does lend itself well to the creation of dread.

Whilst creeping through dark hallways and underground passages you’ll discover bookcases full of dusty tomes and the gruesome evidence of strange experiments alongside the neglected trappings of an aristocratic life. When this is added to the incremental narrative exposition, there is, in the first half of the game at least, a gradual build-up of tension which keeps you on your toes. Unfortunately, the effectiveness of the game’s environmental storytelling is limited by the repetitive nature of its environments.

While each section thankfully feels different enough to provide some variety, the same small number of assets are found throughout the game. This wouldn’t be a problem if the game encouraged a fast playthrough, however given that caution is actively advised and much of the gameplay requires you to trawl through these areas looking for objects, this recurrence is almost impossible to ignore.

Graphical fidelity is hardly this game’s strong point either- even in 2011 this game would have looked somewhat dated. This is far from crippling, however, because each level is shrouded in darkness. In fact, the absence of light does far more than hide Amnesia’s rough edges; it is in many ways the cornerstone around which the game is built.

Most obviously, it is used to heighten the terror a player feels when traversing through the mansion and its catacombs. Limiting visibility of course naturally leads the brain to wonder what exactly lies waiting around the corner and in the shadows ahead. Plainly this would not work unless there was an actual threat, or at least a cleverly induced perceived one, and in Amnesia this is provided by the creatures which randomly patrol its environments. These come in a variety of forms, although in truth most of these are only distinguishable by the speed at which they move (any slight physical differences are masked by the lack of light).

The encounters with these monstrosities are very much emblematic of the experience as a whole, however- they are unrealised opportunities. Firstly, they appear far too infrequently. This would be fine, indeed even effective, as long as anytime they did appear their actions justified the fear of their potential arrival. Instead, while their charges are initially frightening, once you realise just how predictable such attacks are and how easy it is to evade them- by running into almost any dark area- any trepidation just disappears.

Beyond hiding its threats, Amnesia intelligently uses darkness to add another element to its gameplay; when the player spends too long without a light, the sanity of Daniel decreases.  If this continues unchecked, he dies. This is easy to prevent by either lighting your lantern or wall-mounted torches, and it doesn’t take long to realise that the threat of actually dying in this way is minimal because finding the oil and tinderboxes required to perform these actions regularly isn’t difficult.

Nonetheless, as a supplementary mechanic it at least demands some attention, meaning that it does add some depth to the gameplay. While avoiding creatures and the loss of sanity is relatively easy, challenge is at least provided by the puzzles which at act as gatekeepers between levels. At their best, they mask easily attainable solutions behind strings of coherent logic. At their worst, they either replace such logic with obscurity or amount to no more finding small objects in dark rooms.

The frustration which this inconsistency causes is unfortunately indicative of this games’ overall flawed character. It took many of the key elements of the great horror games of the past and applied them to the first-person perspective. Momentarily this recipe worked well enough for it to display the true potential of this combination, however its multiple issues meant that the formula it presented would subsequently require further refinement.

Still, while it was by no means the original first-person survival horror game (indeed Frictional Games’ own Penumbra series predates it), it inspired the aforementioned development of the sub-genre by creating a game whose relative simplicity appealed to both streamers and the average gamer. A great deal of gratitude is therefore owed to Frictional Games for their role in the resurrection of the horror genre, even though Amnesia: The Dark Descent itself does not deserve to sit alongside the greats that have come before and after it.