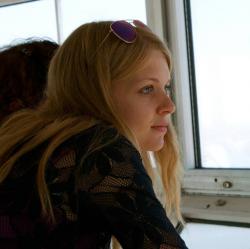 This festive season, I was lucky enough to accompany my family to a viewing of Star Wars: The Force Awakens, in 4DX. Unfortunately, my mother had been exposed to the 4DX advertisement in which a man zooms through the street in his cinema seat, and so the month-long run up to the film consisted of her questioning again and again, ‘It’s not going to do that, is it?’ or alternatively, ‘Oh God, I’m going to be sick, aren’t I?’ Though initially we laughed, I was somewhat disconcerted by the sign upon arrival that read: ‘Not for people suffering from high blood pressure or back problems.’ Nonetheless, the reactions of my family on the day were priceless and I feel the experience will be best summarised through their individual reviews.

‘I lost my popcorn half-way through.’— Ben Kelby, Brother.

This sad sacrifice was the unfortunate consequence of some fairly violent seat movement which staged a steady assault upon us throughout the film. For the most part, this motion is exciting and immerses the audience within the film, allowing you to safely live the dream of being a rebel fighter pilot without having to possess any genuine bravery or skill. However, I’m fairly sure Luke Skywalker never had his neurotic mother as a passenger.

‘Argh!’ (and various other sounds of nausea) — Sara Kelby, Mother.

You would think that my mum was prepared to be thrown around a little bit, but apparently it seemed to take her by surprise. Repeatedly. To be fair, on top of attempting to hold on to your snacks throughout the film, you also had to weather some notable impact from your seat, which would occasionally pound you in the back without warning. Personally, I felt watching the characters get punched was enough and I didn’t really need to be in the fight, but perhaps I’m just being picky.

‘The shots were firing towards us. Why was it firing air at the back of my head?’—Steve Kelby, Father.

Although my dad, the physicist, is prone to dissecting films within an inch of their lives, even I had to admit that this particular feature subtracted from the fiction. Whilst in the midst of an engaging fight scene, the last thing I needed or wanted was an irritatingly loud and tickling blast of air blown into my ears. It bore more resemblance to a canister of hairspray than a laser, and if anything, distracted me from the film. Nevertheless, combined with the rodeo-like movement of the seats, this film might have even kept my grandparents awake —and this is no mean feat, I assure you.

The gentler air being blown from the seat in front was much more successful. You got a sense of gliding through strange planets with the wind in your hair, and I was lucky enough to get the added effect of my brother’s empty popcorn bag rolling dramatically through the cinema like tumbleweed.

The smells are probably the weakest part of the 4DX experience. At one point there was a scent that vaguely resembled burning, but apart from that they were virtually unrecognisable.

Overall, though not entirely successful, the effects are well-suited to such an action-packed film and made for a hugely enjoyable—if slightly painful—experience. You could even say, as my brother’s girlfriend aptly notes, that the experience was at times a little too realistic: ‘When the character said ‘release the poisonous gases’ and the room started to fill up with smoke, I wondered how far they were willing to go to immerse us in 4D.’