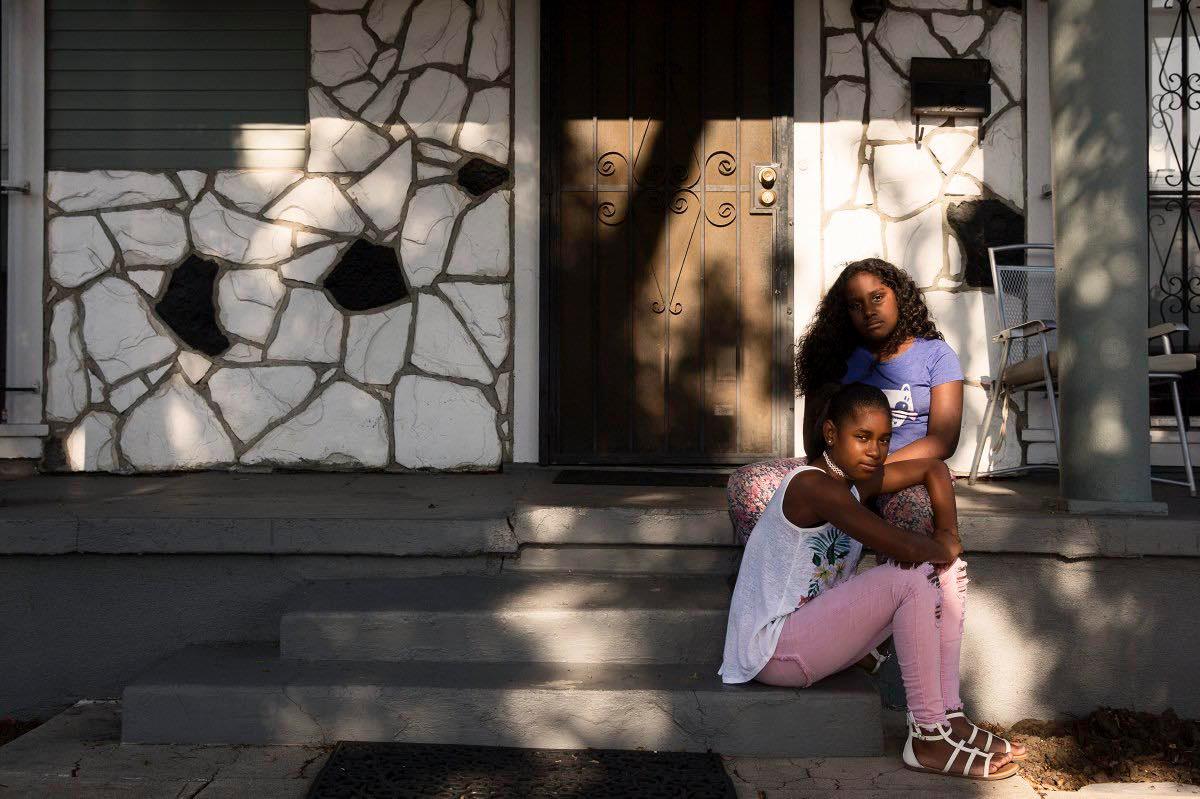 Review: A Love Song for Latasha

A Love Song for Latasha laments the murder of 15 year old Latasha Harlins in 1991, presenting a kaleidoscopic obituary of her life. Running at less than 20 minutes long, the film asks us to witness her story as told from the perspective of those who loved her, and to depict a bright, inspiring girl, rather than a horrifying statistic.

Director, Cinematographer and Editor Sophia Nahli Allison’s AFI Grand Jury Prize winner seeks to challenge the adultification of black girls in the media. Her cinematography clearly took inspiration from Jamie’s Laxton’s work in Moonlight, utilising pastel tints to immerse the audience in the wonder and sadness of 1980s L.A. from the perspective of a child. The lack of score and utilisation of the ambient sounds of life in the city adds to the immersion, with the only song featured being the chorus of Noname’s ‘Don’t forget about me’, encapsulating the purpose and motivation of the film.

The ethereal cinematography contrasts to the visceral narration from Latasha Harlin’s best friend Ty and cousin Shinese. Featuring stories of first encounters at the swimming pool, listening to their favourite song ‘Stand By Me’, and in a particular instance reading her poem describing her dreams of graduating from high school. Allison’s film is not an attempt to recreate her final hours before her death, but present the lived experiences, of a talented and deeply loved student. Hence why, despite being a catalyst for it, her relevance to the LA ’92 riots is only mentioned at the end of the film.

Was the film able to succeed? Unfortunately, A Love Song for Latasha struggles to be something transformative outside of the pre-existing narrative of, in her words of Ty, “a young black girl worth $1.79”. This is not because of any fault in the storytelling of the film. In that, the film was distributed on Netflix 21st September, only then on the 23rd for a jury ruled no officers to be charged for murdering Breonna Taylor; all on the 65th anniversary of the acquittal of the murders of Emmett Till. The film has not been afforded the time to exist outside these cycles of violence and oppression to become something  transformative beyond the trauma.

There is a quote often attributed to Mark Twain, that humour is tragedy plus timing. Comedian and news commentator Jon Stewart also stated, on the 2014 Eric Garner case, “If comedy is tragedy plus timing, then I need more fucking time.” Nahli Allison’s documentary and Latasha’s life story cannot escape the continued police brutality and systemic racism endemic to America, whereby this sonnet is trapped in the villanelle of social injustice. Nevertheless, a powerful and important film.

A Love Song for Latasha becomes an elegy from those closest to her, a testament to how loved she was, transforming her legacy from something outside of pain. Not necessarily heal, but strive to create something anyway, out of both love and justice.

Looking for more of the latest releases? Check out these other articles from Redbrick Film: