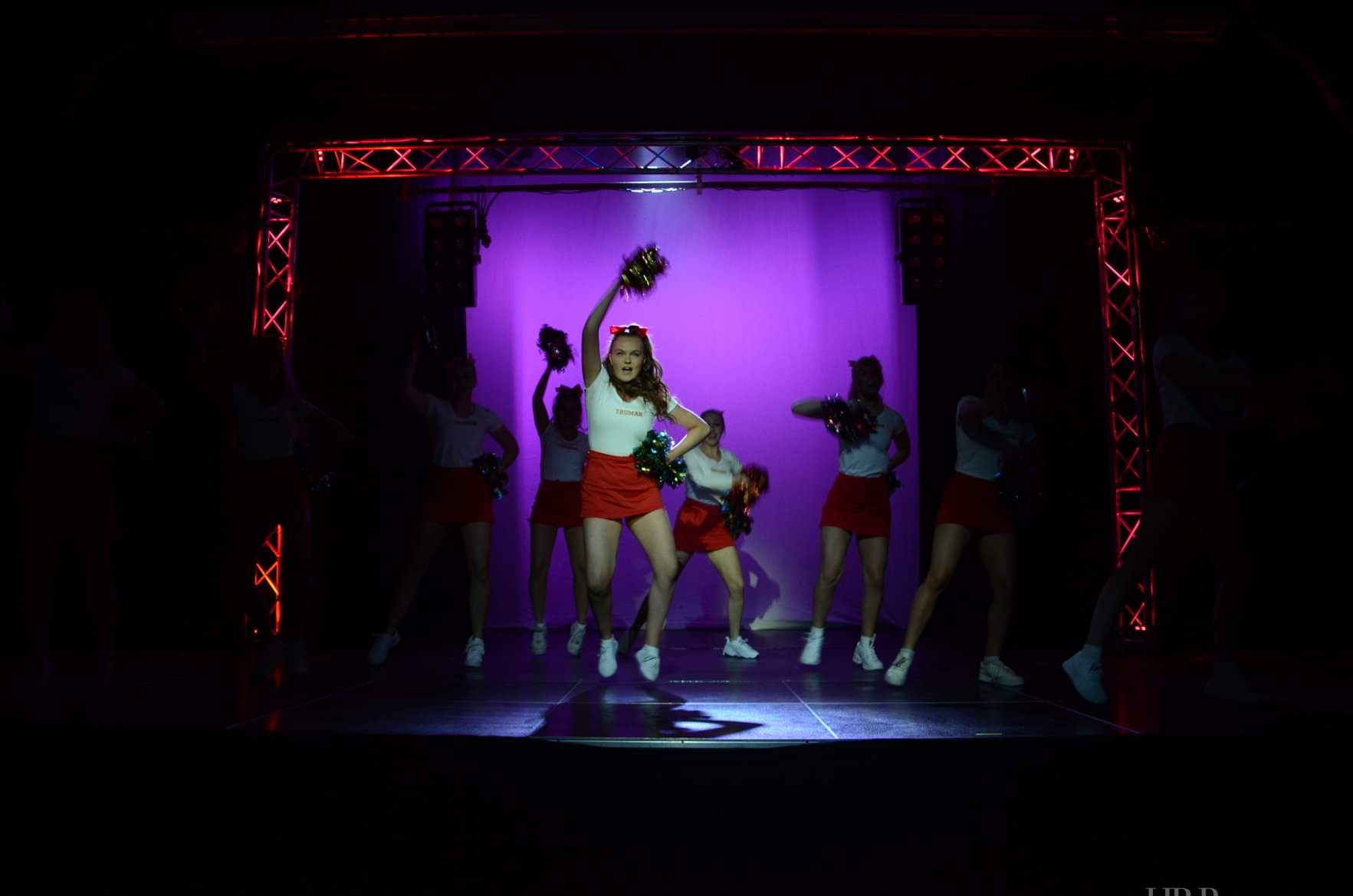 Review: Bring It On

Culture Writer Emily Gulbis reviews University of Birmingham’s GMTG production of Bring It On, a highly energetic that ended semester one with a bang

Written by emilygulbis
Published at 13:00 on 8 January 2020
Images by Hannah Birkin

GMTG, from the 19th to the 23rd of November, gave a flawless rendition of the Broadway musical Bring it On. A recent theatrical production first premiering in 2011, written by Jessica Bendinger. The plot takes place in a typical American high school. Popular, senior year student Campbell succeeds in becoming the much sought after cheerleader captain of Truman High. Her life could not be more idyllic; surrounded by an adoring squad and her soppy boyfriend Steven, Campbell is living the high school dream. However, disaster strikes in the form of a letter, which orders that Campbell must instead spend her final year at the neighbouring, less prestigious school, Jackson High School. Moreover, a school without a cheerleading squad! Before she knows it, Campbell must forfeit her newly won position leading the squad.

Although at first seemingly hostile, Jackson High quickly becomes a place where the perhaps over-privileged Campbell learns many life lessons. The musical presents the inner- city school with a different energy, freedom and inclusivity in comparison to that of the elitist Truman High. This was also masterfully conveyed by the GMTG production through the choreography executed by the dance squad and ensemble, who transitioned from the cheerleading routines of Truman High to the of hip-hop dances of Jackson High with adept alacrity.

In this new environment, Campbell must face challenges to all that she once valued, in a coming-of-age set-up, she realises the importance of friendship with Danielle and her crew as having more value than her success in the National Championships. In a clever twist away from the predictable victory of the underdog. It is Campbell’s loss in the National Championships which becomes the defining moment in the play.

Annabel Parson in the role of Campbell was everything and more that we expect from a troubled teenage protagonist. Parson’s sensitivity to the troubles faced by a teenager when uprooted from her familiar school and routine were carried out in such a way as to make her both unconditionally loved and pitied. In particular, her duet with Danielle, ‘We’re not Done’ performed with beautiful harmonies, was especially moving as the musical drew to a close as a testimony of love for their new found friendship.

An equally strong presence in the play was Katharine Chatterton, as the character of the foolish but lovable Bridgette. The bumbling and innocent nature Chatterton created within her role, brought a dependable mood of comedy within the musical. Her faithfulness to Campbell and enthusiasm for all made Bridgette a warming presence throughout the musical’s more serious moments.

The strong cohesion within the Truman cheerleader’s the squad and the Jackson Crew brought much animation and energy to the musical. Each group offering compelling performances of the songs and dance routines that communicated a sense of the firm friendships that exist within a squad.

A large well done to all the production team, crew and band for putting together a high-quality piece of musical theatre, who alongside a highly gifted cast, executed a piece of unmissable theatre.