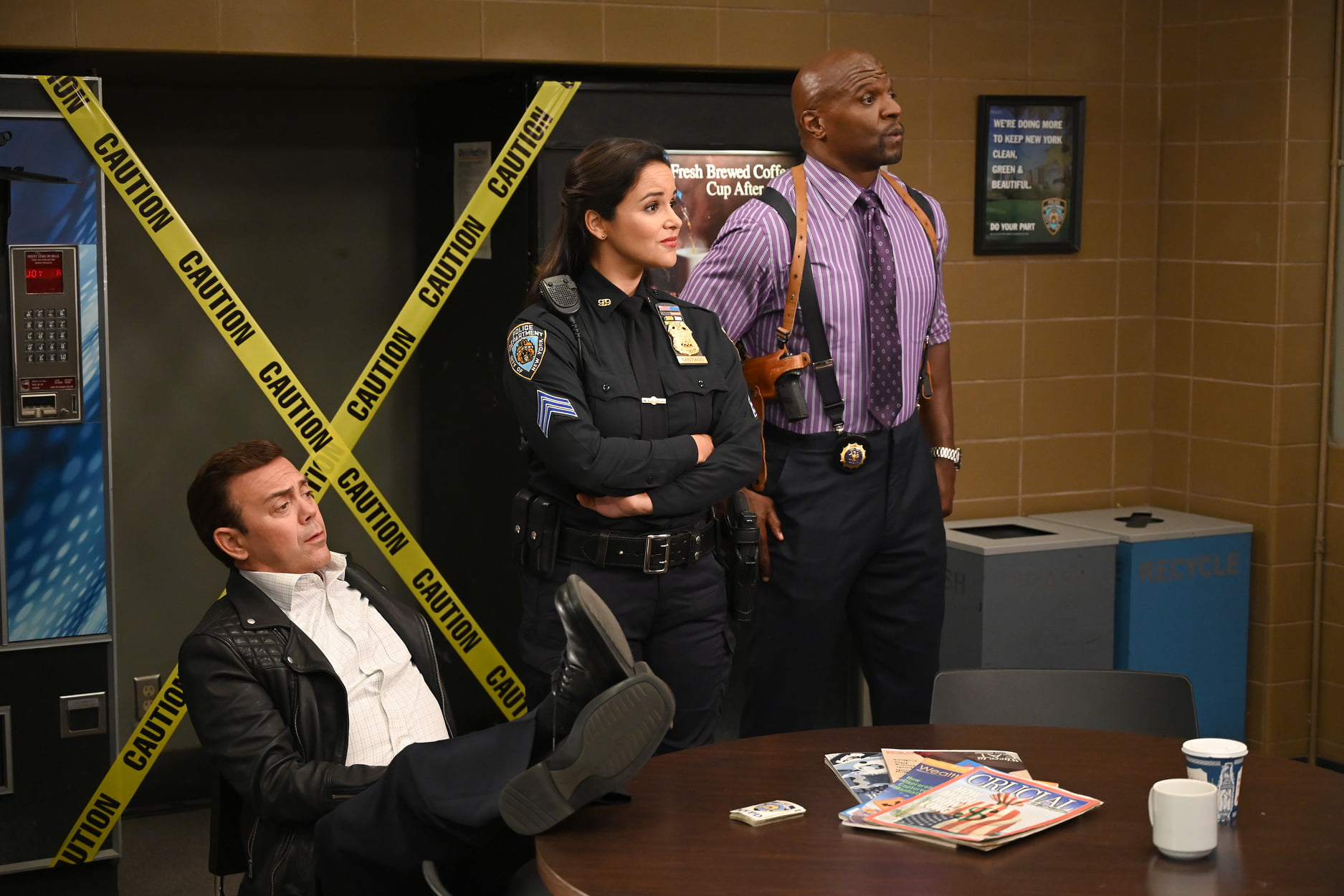 Brooklyn Nine-Nine seems to be firmly established now as one of the most recent cult comedies from NBC after the network saved the series from the scrap-list of Fox. The penultimate season of the show aired on UK Netflix at the end of March and reunited fans with Andy Samberg’s Jake Peralta and the detectives of the 99th police precinct based in Brooklyn.

I will forever be a champion for the continuation of Brooklyn Nine-Nine, however even I have to admit that if you are looking for something new and unique, the later seasons may not be for you. The show relies on recurring events, such as the Halloween Heist or the Jimmy Jab Games, which whilst entertaining to fans, can feel slightly repetitive at times. As always, the viewer is left wondering how it is possible that the best detectives of the 99th precinct are all placed on the same shift patterns and take the same time off, however, the minor plot holes are easy to overlook in favour of the light-hearted nature of the show. Despite being a comedy that is at times almost slapstick, the show often deals with very real issues, including the financial troubles of the characters and the struggles of the female characters with sexism. Similarly, the diversity of the main cast allows the show to convey prejudice owing to both race and sexuality, particularly through the character of Captain Holt (Andre Braugher), who openly discusses the racism and homophobia which he experienced when rising through the ranks of the police.

The season opens with the struggles of Holt, having been demoted from Captain to a patrol officer. However, as he begins to get into the swing of things, his long-time rival, and one of the show’s primary villains, Madeline Wuntch (Kyra Sedgwick), dies. This not only paves the way for Holt to return to his position as Captain but also sets up Wuntch’s final revenge against Holt. Although the storyline of Holt being demoted was highly interesting, and was certainly a twist at the end of the previous season, ultimately the show relies on the power dynamic of Holt as the leader of the precinct, and therefore it felt only right that he should return to his initial role before the seventh season finished.

In similar styles to former NBC shows such as Parks and Recreation, diehard fans of Brooklyn Nine-Nine are arguably less interested in the individual episodes but are far more focused on the character arcs of both the central detectives and some of the repeat offenders in the series, such as Doug Judy ( Craig Robinson). The return of both Doug and Trudy Judy as well as Adrian Pimento allowed fans to reunite with some of the favourite guests from the show whilst creating variety within episodes. Beneath the police work, the latest season focuses on Jake and Amy (Melissa Fumero)’s attempts to get pregnant, and the finale sees the birth of their son, which will inevitably have left many fans very excited to see how the final season of the show will develop upon this plotline.

All in all, the latest season certainly brings what is expected from the show: comedy, excellent characters brought to us by incredible actors, and most importantly, comfort. For many fans, the final season will undoubtedly be hard to watch, as we have been following the characters since 2013. However, all good things must come to an end, and I look forward to what the final season of the show will bring us. Despite the fact that the show will soon be coming to an end, I find it unlikely that the cult following which Brooklyn Nine-Nine has amassed will let its memory die, and it will become an ideal binge-watch for years to come.