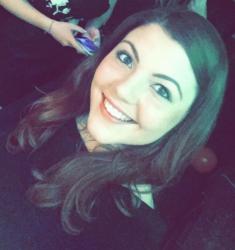 “This was my first taste of sausage from Empire Dogs, but by no means will it be my last.” – The words of Yasmin Barber – a second year Economics Student and avid sausage eater, after accompanying me on my review of The Empire of The Dogs.

On my search for a healthy and wholesome lunch on campus, the last place I expected to find myself was at the new hot dog stand next to the fruit and veg market. However I was pleasantly surprised to discover that the stall, called Empire Dogs, offers a variety of new healthy hot dogs all under 400 calories. Unconvinced that something usually deemed as ‘junk food’ could be reinvented as a low calorie meal, with no compromise to flavour, I decided it was necessary to test them out for myself.

Yasmin and I joined the queue and placed our order for two hot dogs, which we planned to share half of each. This way I could review more of the menu without looking like a pig! We decided on the Empire Cajun Chicken with Chilli Beef and Cheese, followed by the Empire Pork Bratwurst with Fried onions and BBQ sauce. As the stall owner assembled our hot dogs, he talked us through the ingredients and assured us we were getting a guilt free lunch, with 50% less fat than any other hot dog on the market. He explained that this was achievable by only using prime cuts of meat which are naturally better for you. For example only pork shoulder and chicken thigh – no hooves, noses or tails!

Once they were ready, we paid our £4 each and starting eating. We tucked into the chicken dog first, not being able to resist the strong aromas. My first comment would be that hot dog eating is a messy business – so keep a napkin at the ready. The delicious brioche bun is lined with a layer of chilli beef which, whilst being packed full of flavour, does make it sloppy and therefore tricky to eat as a ‘handheld’ food. The spice in the chilli beef adds a real kick, making this

hot dog truly ‘hot’ in the literal sense of the word. The heat is welcomed even if at times it is overpowered by the delicate flavour of the chicken. When eaten without the chilli, the chicken had a warm smokey cajun flavor which undoubtedly changed my original opinion that the idea of a chicken sausage was a little strange! The whole thing was really tasty, with the melted cheese turning stringy and stretchy on our chins with every bite (a really attractive sight as you can imagine).

Up next was the pork bratwurst, a sausage that contained an abundance of classic german flavours. The sausage itself had a fairly tough bite which contrasted with the soft brioche bun. After the intensity of the previous spices, this hot dog seemed slightly more subtle in flavour even with the sweet onions and a squirt of bbq sauce. I would say this is a good option if you’re feeling less adventurous, as this porky banger is a case of what you see is what you get! By this point we were starting to feel fairly full, so one Empire Dog will definitely satisfy you for lunch. As we took our final bite, Yasmin added: “Of course size matters – but I would say that Empire Dogs deliver both quantity and quality”.

We finished our lunch feeling fully satisfied and assured we had only consumed 100% meat from the Midlands, West Country and Bristol – locally sourced meat with a foreign accent. So if you’re looking for a guilt-free, handheld treat, grab a sausage from Empire Dogs this lunchtime.