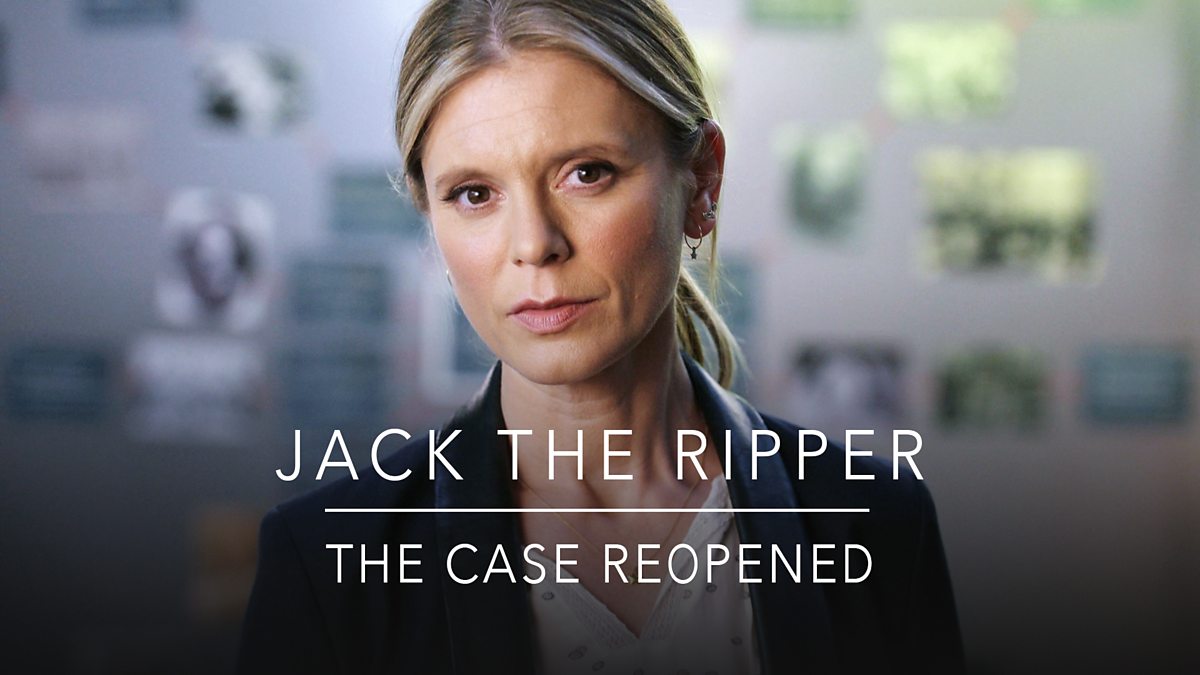 Treating Jack the Ripper like a modern killer, they apply geographical profiling techniques. For instance, Dr Sam Lundegran explains that in 85-90% of similar serial killer cases, the offender falls into the category of ‘marauder’, a criminal that operates in their local area. After identifying Jack the Ripper as a ‘marauder’, the show plots the murders on a digital map and uses the technology to find a suggestion of where Jack the Ripper would have lived.

Although the offender profiling techniques used were as simplistic as those covered in the A-level syllabus, it is entertaining to watch the high-tech investigation that we’ve become used to applied to an old case. For instance, they used HOLMES (Home Office Large Major Enquiry System), a program developed after the 1981 Yorkshire Ripper case.

Clearly, a large amount of money has been pumped into this documentary. At one point, they even create a life-size model of Mary Jane Kelly’s bedroom. This leads to a sense of style over substance as the model barely pushes the investigation along.

The documentary is led by Emilia Fox who plays Dr Nikki Alexander on Silent Witness. Occasionally, her presentation is more like Dr Nikki Alexander than a real woman. This causes it to feel gimmicky and more like the fantastical murders that appear on crime fiction shows.

The documentary attempts to re-evaluate the female victims by highlighting the somewhat problematic focus on the women’s professions in the historic coverage of the cases. They have been primarily labelled as prostitutes and little attention is given to their identities. The viewer is reminded that many of the victims had families of their own and that sex work was sometimes the only viable career option in Victorian Britain.

However, displaying their post-mortem photographs and going into gruesome details about the murders dehumanises the women. By casually zooming into brutalised images of sexualised women, the show falls into the same questionable pattern as other media and fictionalised coverage of the Whitechapel Murders. This is no better than the 1970s trend of films that portray the murders in a highly erotic manner. The documentary makers failed to meet their aim to bring justice to Jack the Ripper’s victims. Hallie Rubenhold, author of The Five, argues that the women’s brutalised bodies should not be shown because ‘If we see it enough times, we cease to feel it.’

Whilst it is somewhat entertaining to watch a state-of-the-art Virtual Autopsy Table applied to an infamous case, the documentary lacks new information. For over a century, art and the media have regurgitated the same facts and theories surrounding Jack the Ripper.

An angle taken by the documentary in an attempt to differentiate it from others was by concluding that Martha Tabram was the first victim. This theory has yet to be fully accepted with most studies focusing on the ‘Canonical Five’. Although the modus operandi varies from the later victims, the documentary suggests that he altered his murder style after Martha’s would have left him covered in blood.

However, this theory is anything but revolutionary. Since the time of the Whitechapel Murders, plenty of people suspected Tabram as the first victim. A whole decade ago, Mei Trow’s Jack the Ripper: Quest for a Killer used forensic analysis to support this claim – which was later shown in Jack the Ripper: Killed Revealed.

At least Jack the Ripper – The Case Reopened does not entertain sensationalist theories. Plenty of Ripperologists revel in the suggestions that the Whitechapel murders were completed by a man of notoriety. It touches on the attention given to Prince Albert Victor and painter Walter Sickert but logically recognises that they had alibis.

Instead, the documentary concludes with the idea that Aaron Kosminski, a barber in the Whitechapel area, was Jack the Ripper. Geographical profiling supports the theory because he lived in Sion Square meaning that he fits the ‘marauder’ theory and would have been able to change his outfit on the day of the double murder. As well as matching the offender profile, he had a history of mental illness.

As with many crime documentaries, it portrays this as definitive so that the one hour show neatly falls into place. Unfortunately, it is never this simple. The core factor of the Kosminski theory rests on one shawl. Businessman Russel Edwards bought a shawl believed to belong to Catherine Eddowes, one of Jack’s victims. In the Journal of Forensic Sciences, Jari Louhelainen of Liverpool John Moores University and David Miller of the University of Leeds suggested that their genetic tests have found traces of Kosminski’s DNA on the shawl.

However, numerous forensic scientists have highlighted a range of flaws in the study such as the fact that a large number of people have handled the shawl in the past 130 years meaning that a substantial amount of different DNA is attached to it. Moreover, Louhelainen and Miller wrongfully claimed that the male suspect could pass on mitochondrial DNA when men cannot.  For Jack the Ripper – The Case Reopened to place such reliance on this one piece of flawed forensic evidence invalidates the entire trajectory of the documentary.

Ultimately, it failed to showcase the BBC’s brilliance as Buzzfeed Unsolved offered a more compelling theory. This is a true crime series run on YouTube that acknowledged the flaws in the Kosminski theory and covered the theory of Joseph Barnett, the room mate of Jack’s last victim, Mary Kelly. Jack the Ripper – The Case Reopened did not even acknowledge the credibility in this theory: that he lived in the Whitechapel area, had a hatred of Kelly’s work as a prostitute, would have easily been able to enter her bedroom, and that he matches the offender profile.

The day after the documentary aired, The Express ran a story covering Richard Patterson’s theory that the true identity of Jack was the catholic poet Francis Thompson, focusing on his poor mental health, proximity and complex relationship with prostitutes. As wild as this sounds, it highlights that Ripperologists will never be able to agree on one murderer. Many men with connections to the Whitechapel area match the vague eye-witness descriptions and had an opinion on prostitution.

Perhaps we’ll never know the true identity of Jack the Ripper, so instead of putting time and money into more documentaries like Jack the Ripper – The Case Reopened, we should let the female victims rest and turn our attention to more relevant crimes.