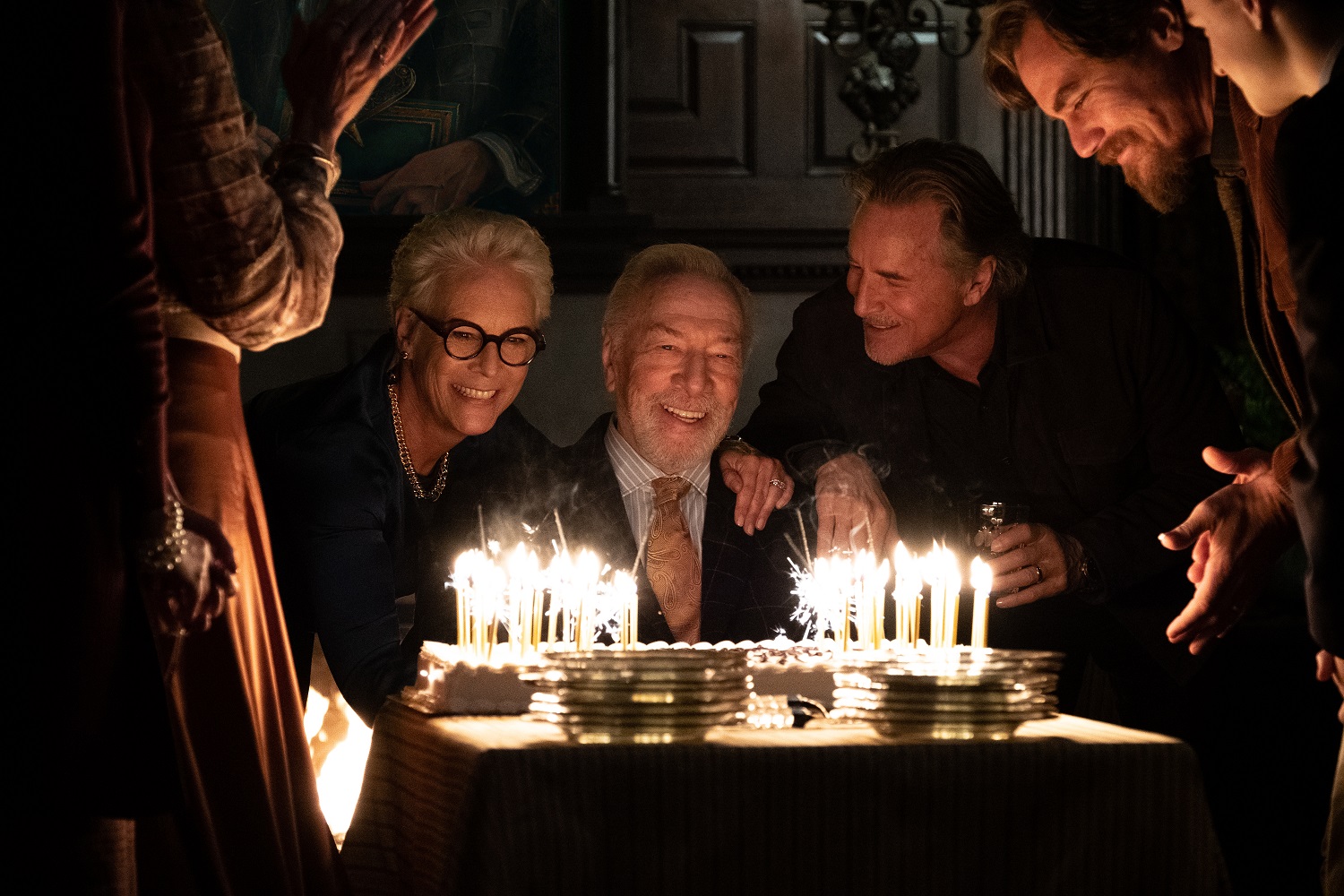 Film Editor Samuel Zucca finds Rian Johnson’s latest flick to be a cut above, and argues that the writer-director makes great use of pen and camera, in favour of the sword

Ever since his rise to Skywalker stardom with 2017’s The Last Jedi, Rian Johnson has been in the firing line of many critics, fans, and online trolls in reception to the film. It arrived with equally warm acclaim for the subversive direction he took the franchise, but working under the pressure of so many fan expectations is no doubt an exhausting one. It’s an exciting prospect then, that Johnson can enjoy making a stand-alone film again. I approached Knives Out with promising expectations, considering how much I’ve enjoyed both Looper and The Last Jedi, but it’s much easier to easier to be charitable when a film doesn’t have a seven-film franchise preceding it. Consequently, Knives Out is a joy – and is a slick, well-oiled mystery machine. Johnson’s films have always been playful, but there is a tangible difference in watching something like this. It’s more of a passion project – and feels liberated by the absence of colossal expectations.

The first few shots of Knives Out set things up perfectly. The opening scene is very typical of a whodunnit drama, revealing the death of the patriarch Harlan Thrombey, played by Christopher Plummer, with his throat slit open in his study. Despite him appearing dead in the first scene: we learn a lot about Harlan; as shots of his mansion show eccentric puppets, stuffed animals, and plenty of commemorative knives. His nurse comes to bring him breakfast and pours his coffee into a large mug reading ‘my house – my rules – my coffee’. Without him having had a chance to say a word, we know exactly who this man is, and we understand the consequences of his death.

Harlan is a mystery writer, which is a simple excuse for his mysterious death, a family who are constantly at each other’s throats, and a house that looks like a Cluedo board. Knives Out is a film that is emphatically in love with its genre. It’s also one of the first films since Gosford Park that fully embraces the conventions of the brutal murder, quirky detective, and ensemble, aristocratic cast who become the suspects for ‘foul play’. Knives Out embraces its admittedly ridiculous genre conventions, and rips them from stuffy English manors, dropping them into the maelstrom of post-Trump America. Arriving not long after Thanksgiving, the Thrombey family is one that feels more like an illustration of a nation, with its politics cut right down the middle. Katherine Langford’s Meg is constantly referred to as a ‘liberal snowflake’ doing an ‘SJW degree’, and there’s a running gag about her cousin Jacob being an ‘alt-right troll.’ It may seem unfair presenting these characters as just as bad as each other – but crucially the film shows how they are all insufferable narcissists, treading on one another to get the lion’s share of their father’s wealth. Money rules in Knives Out, and the political divide is dwarfed by the issues of class raised in the film.

Despite her minimal presence in the marketing of the film, Ana de Armas emerges as the film’s heroine. De Armas, who plays Harlan Thrombey’s nurse, Marta Cabrera, is the heart of the film. As the rest of the family are stabbing each other in the back, she is the one we sympathise with. Her character is almost like a horror-movie heroine, constantly fighting her way out of increasingly worrying situations. And she’s consistently underestimated by the Thrombeys, who can never remember which Latin American country her family is from. The trailers for Knives Out, as well, despite showing off the sheer star power of the movie, reflects the attitudes of most of the characters – shunning Marta and treating her as a side-character. De Armas’ performance may not be as flamboyant as Daniel Craig’s Southern drawl, but she certainly delivers the part of the sympathetic underdog and wins over the audience completely.

With Marta cemented at the heart of the film, the rest of the cast are free to try and one-up each other in their despicability. From Michael Shannon’s Walt waiting in line to inherit his father’s publishing empire, to Toni Collette’s Joni channelling the spirit of Gwyneth Paltrow, their personalities are simple but on-point. Chris Evans’ Ransom emerges as a black sheep of the family. It’s definitely enjoyable watching him munch through a packet of biscoff while telling his relatives to ‘eat shit’, yet he is just as self-serving as those he points the finger at. Even when the Thrombeys aren’t wielding a blade, they are constantly killing each other by a thousand cuts, one word at a time.

Not every character is consumed by their ego, however. Christopher Plummer as Harlan seems to go against the trope of the rich, heartless victim. Well, he’s still rich, but Plummer channels an unexpected sense of warmth and humour into the character in the little time he has on screen. Daniel Craig’s Benoit Blanc as well, described by Rian Johnson as an ‘American Poirot’, doesn’t conform to the awful genius trope that recent Sherlock Holmes adaptations have relied on. He is as compassionate as he is conniving, and despite his accent wobbling at times, Craig seems to be having more fun than he’s ever had playing Bond. He’s also a frequent source for the humour in Knives Out. Alongside Noah Segen’s Trooper Wagner, a crime-thriller fanboy who seems to stand in for the audience, Craig delivers some of the best lines in this film. He conjures up weird metaphors, describing the mystery as a donut-hole within a donut-hole, and even references Thomas Pynchon’s Gravity’s Rainbow, saying ‘I haven’t read it – nobody has’. As someone who has tried and failed to read this book, the joke felt directed straight at me, and it just goes to show how much care and attention has been put into every line of dialogue.

Knives Out is one of the most enjoyable films of 2019. It shows a deep affection for subject matter and genre, more than any of Johnson’s previous films. It’s overflowing with personality, and characters who are designed so well in opposition to each other, clashing at every opportunity. It also might be the funniest film I’ve seen this year, full of sharp wit and cutting humour. So sit back, sharpen your blades, and dig in.

Knives Out is in cinemas now.