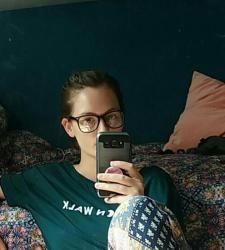 Ellen Macleod
Hi! I'm Ellen, I love films and I love writing about them more. Always trying to improve so feel free to drop me a comment if you have any thoughts!
Published at 09:00 on 5 March 2018
Images by IMDB

Coming of age, not only as the subject of hundreds of films, but a shared experience of every adult is hard to pull off well. Lady Bird not only manages to make an enjoyable but starkly realistic portrayal of this turbulent time, it also makes you forget you have seen this plot many times before. The plot, set in 2002, follows teenager Christine McPherson in her last year of school before college, navigating that transition as well as a difficult but close relationship with her mother. The film itself seems so much more than that however. Excellently played by Saoirse Ronan, Christine’s refusal to be called anything other than Lady Bird is where the film gets its name from.

The transition from school to college may seem inane as a plot, and too relatable. Everyone in the audience has had to make the transition from dependence to independence but Saoirse Ronan captures so perfectly the determination of the adult and fear of the child that watching this film is wholly enjoyable. Its relatability makes the film feel more like a shared experience with the characters rather than force fed deja vu.

The film is set in Sacramento where Lady Bird repeatedly assures us nothing happens. Maybe nothing does, but in the context of her life, some of the most important events of her life happen in Sacramento. She has her first job, her first relationship, she loses her virginity, she loses friends. Although she refuses to stay in Sacramento for college, her college application essay reveals how much she truly loves Sacramento. The film mixes opposites, blending them together with emotion and Saoirse Ronan’s skilled acting; Lady Bird’s refusal to stay, her fear of leaving, her desire to fit in but her refusal to change. The film is powerful not in its plot, but in how it’s story has been lived by its audience.

The film succeeds most in its portrayal of a mother and daughter relationship. Laurie Metcalf plays Marion McPherson, Lady Bird’s long suffering mother. She is a nurse who, after her husband loses his job, must support the family which includes her husband, daughter, adopted son and his girlfriend. The size of the family alone and her determination to support them and emotional resilience is admirable. Her and Lady Bird’s relationship is heartfelt but volatile. One scene sees the two dress-shopping, spitting insults at each other, aiming to hurt one another, until they immediately forget their argument when they find a dress. The quick tempers, but clear love and familiarity with one another is one of the most accurate portrayals of family life seen in film. The film’s focus is really on their relationship and we see them screaming at each other one minute and supporting each other the next. Without overtly doing so the film, and Ronan’s performance, soon make you realise they are very similar people. This is a hard task to pull off as the film relies more on their acting and less on plot points or script. Lady Bird is a beautiful marriage of script and acting where neither infringe upon one another, and together create a family dynamic that is a pleasure to watch.

The female director, protagonists, and focus on female relationships qualify this film as feminist.  Prompting the guardian to ask, is Lady Bird the first truly feminist teen movie? If we qualify feminist as passing the Bechdel test, then it passes with flying colours. There are many instances where two female characters talk without mentioning men.

The sheer amount of strong female characters also qualify it as feminist, men exist as secondary characters; boyfriends, husbands or brothers in this film, which is a refreshing gender reversal. Though it does qualify as feminist, this is certainly not the focus. You do not notice it is so focused on women, Gerwing (known for Mistress America, Frances Ha and Greenberg) quietly gave a great story some incredibly strong characters, most of whom happen to be women.

The film sees powerful performances from  Timothee Chalamet, Beanie Feldstein and Tracy Letts. Chalamet plays Kyle, a twat who thinks cell phones are a conspiracy and underage smoking is cool, a 2002 stud. Feldstein, known for Bad Neighbours 2, performs well in the role of ‘friend of protagonist’, something we have seen her do before. It would be nice to see her step out of her type cast and show off her obvious acting talent. The film is full of skilled actors and Ronan is no different. Known for Brooklyn, Atonement and Hanna, from a young age the American-Irish actor has shown talent, but this film is a small step out of her comfort zone. Playing a young high school student, with charisma and humour is new for Ronan but she shows no sign of inadequacy for the role, and possibly even suits comedies more than dramas.

The only problem with this movie is no fault of its own. As it is a high school coming of age film, a strong sense of déjà vu smothers this film. Though stunning and one of the best of its kind, there are already many of its kind. Coming of age films are rife and Lady Bird struggles to escape its many, many fellow films. Lady Bird stands out in terms of acting and script, but the plot as a whole is smothered by the other thousand coming of age plots.

Verdict: Though ‘relatable’ seems to be the most used word in this review, it is only because it is simply so relatable. Yes, there are hundreds of coming of age films, but they pale in comparison to the realism, emotional strength and vibrancy of this film. Nominated for Best Achievement in Directing and Best Original Screenplay, only two Oscar’s does not seem enough for such a film.