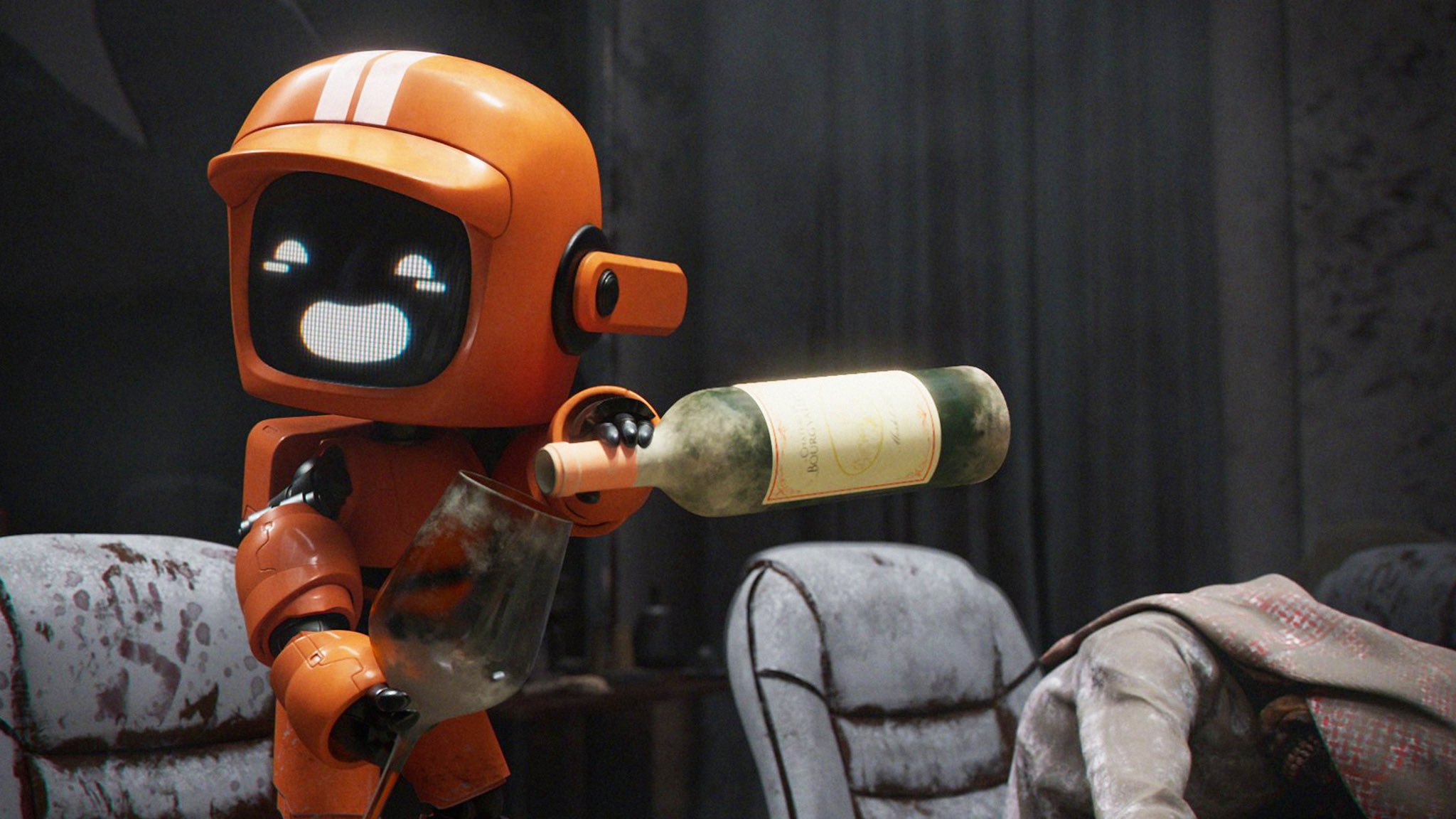 TV Writer James Evenden reviews the latest from the Netflix sci-fi anthology, concluding that both its strengths and weaknesses remain the same from previous seasons

Written by James Evenden
Published at 13:00 on 10 June 2022
Images by @lovedeathrobots on Twitter

The highlight of Love, Death + Robots has always been its animation. The same can be said here, with each episode delivering beautiful visuals that complement the stories. There are instances of episodes with heavier uses of computer animation such as ‘Swarm’ and ‘In Vaulted Halls Entombed’ that look a little awkward. In brief instances, this did take me out of the heightened sci-fi worlds of Love, Death + Robots, but compared to the visual beauty of episodes like ‘The Very Pulse of the Machine’, these instances are very easy to ignore. I wish this season had displayed less computer animation because the more unique Love, Death + Robots goes in its visuals, the better the episode becomes. Overall, the visuals are still the main draw.

Love, Death + Robots has always had an affinity for gore. This third season is the same, and by now gore that used to be fun has become numbing. I found the senseless violence enjoyable for the most part, but there were instances in the more realistic looking episodes where the violence became somewhat distasteful. It makes the show seem less mature in its storytelling. If viewers are fine to overlook the gore then it should not pose too much of an issue, because Love, Death + Robots has always revelled in its own nihilism.

This gore at times gets in the way of the storytelling, and as a result, makes the stories feel slightly inconsequential. In episodes such as ‘Kill Team Kill’, violence seems to be the main focus. This keeps some of the stories mostly difficult to invest in. Despite this, Love, Death + Robots maintains enough solid episodes to outweigh the less interesting ones. Its effectively brief sci-fi worldbuilding is a strength, especially in episodes such as ‘Swarm’ as the writers have to convey complex information quickly. The stories also have an enjoyable ambiguity to them. Love, Death + Robots knows when to end so as not to give everything away, and when they do this right it elevates the storytelling beyond the violence.

Also effective is the way that the storytelling manages to build tension. The use of music benefits this hugely, managing to capture the variety of settings and elevating the episodes where the flimsy characters often cannot. The episode ‘Bad Travelling’ is a perfect example, the music lending to the eerie atmosphere wonderfully. The tension build-up is very well executed. When Love, Death + Robots leans into its more horror roots it truly shines. When it leans more into the comedy it falls short, mainly because its juvenile humour becomes tedious.

Easily the standout episode of this season is ‘Jibaro’. The final episode of the season follows a deaf knight who becomes entangled with a siren of the sea. This episode floored me and brings together the best aspects of the show. ‘Jibaro’ takes the risks I wish the rest of the season took. It is one of the more memorable pieces of television I have watched recently and would recommend the third season based on this episode alone. It genuinely got under my skin.

Love, Death + Robots season three is ultimately more of the same. It finds the same flaws in its over-reliance on gore and occasional weak storytelling, and the same strengths in its animation and sci-fi world-building. I would recommend it if you enjoyed the previous two, but if you did not I could not say this is anything different. The only aspect that I could see winning over non-faithful fans is ‘Jibaro’. Love, Death + Robots continues to be exactly what you would expect, for better and for worse.

The Definitive Guide to The Defenders on Disney+