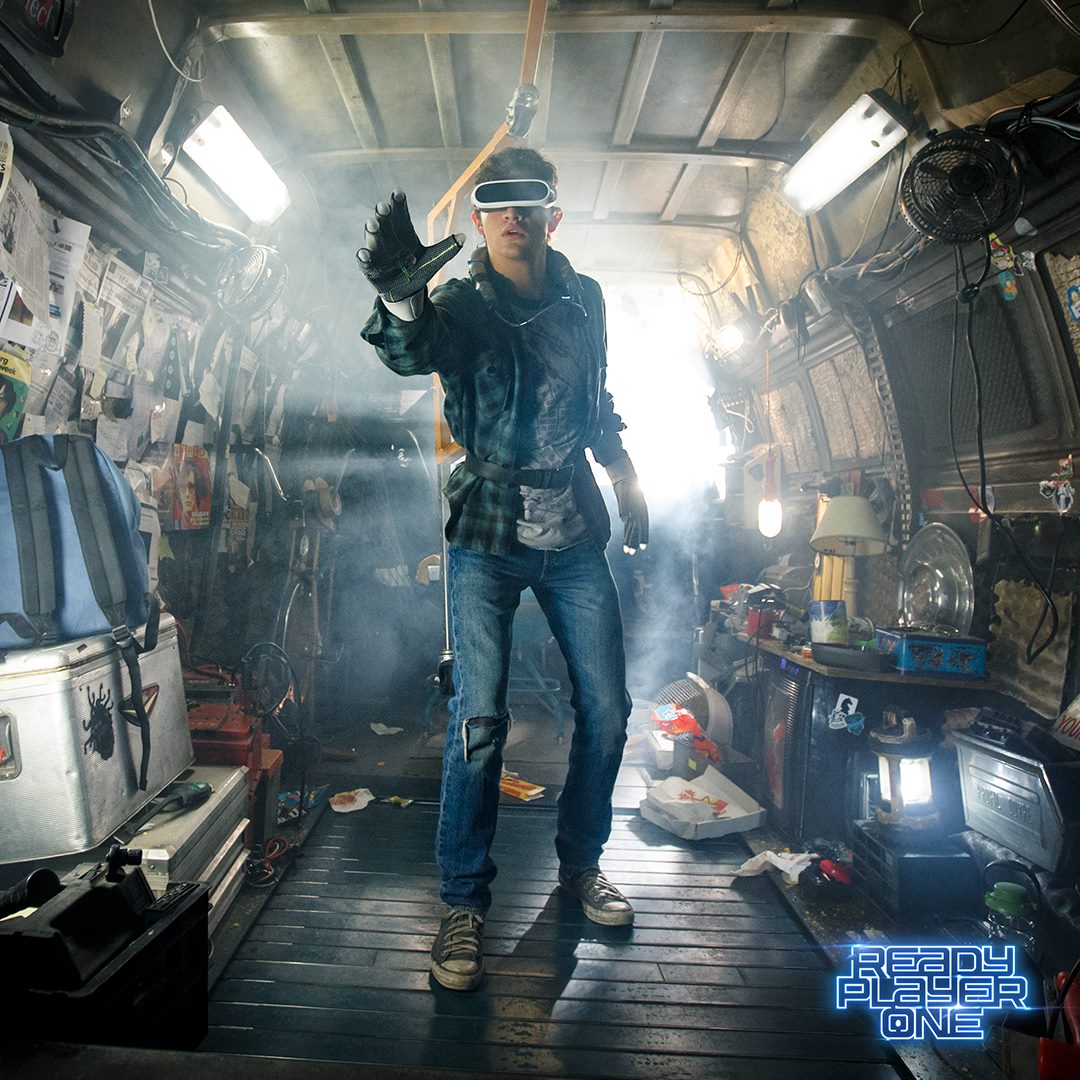 Matt Taylor
Third year English student and Film Editor with the capacity to geek
Published at 17:00 on 7 April 2018
Images by Warner Bros

Steven Spielberg is a busy man. His 57-credit long directorial catalogue would tell you that. He has, however, possibly never been busier than he has in the last two (or so) years. In that time, he’s shot, edited and released two huge films. In January he gave us The Post, a taut, tense political drama about the releasing of the Pentagon Papers. This was Spielberg in Awards Mode, directing a star-studded cast led by Meryl Streep and Tom Hanks. Now, a little over two months later, we see him back in full-blown Blockbuster Mode with Ready Player One­, a Holy Grail of pop culture that’s one of the most satisfying and entertaining blockbusters since God-knows-when.

The film is a classic tale of Good vs. Evil. It’s 2045, and much of the world basically lives inside the OASIS, an immersive, virtual reality MMO where you can be whoever or whatever you want. When the creator of the OASIS dies, he leaves behind a clue to a hunt for one final Easter egg, that kickstarts a fight for the future of the OASIS itself. Our good guy is Wade Watts (Tye Sheridan), an orphan loner who lives with his aunt in Columbus, Ohio. Wade lives and breathes the nostalgia that the OASIS is built upon, and wants to win the hunt to get himself a better life. Sheridan plays Wade with an accessibility that makes him easy to connect to; he’s earnest and pure in his questing, but he still manages to get lost inside the magic of the OASIS. Opposite him is Ben Mendelsohn’s Nolan Sorrento. Sorrento is a pretty straightforward character; he wants to win the hunt for his corporation, so they can take control of the OASIS and monetise it. Sure, it’s simple, but Mendelsohn makes him a gleefully evil villain who just likes to be bad. While Sorrento may not be as complex or engaging as Mendelsohn’s other recent blockbuster villain role (as Orson Krennic in Gareth Edwards’ Rogue One), he’s always a welcome screen presence.

Olivia Cooke, Lena Waithe, Philip Zhao, Win Morisaki, Mark Rylance and Simon Pegg round out the main cast, with Cooke and Rylance deserving of the biggest praise as Wade’s fellow player Art3mis and OASIS creator James Halliday respectively. Cooke is a sheer delight on screen; she’s whip-smart in her dynamic with Wade, but knows when she needs to be careful around him and everyone else. She’s also willing to fight for something bigger, and her expanded role in the film makes for some incredible character moments. Rylance’s Halliday is an oddball outcast, and is played as such. He’s deliberately difficult to connect to, but the mysteries he creates for the players to solve are simply wonderful.

Being set in a video game, the performances would mostly go to waste if the visual effects weren’t up to scratch. Thankfully, they’re some of the best ever put to film. The realisation of the OASIS is unlike anything ever seen before, and the performance capture on the actors themselves is incredible; the sheer level of technical detail is marvellous. One scene in particular sticks out as among the film’s most memorable, but unfortunately it’s a spoiler for the film’s second act, so I won’t go into it here. You’ll know it when you see it, though, as it almost defies belief in its technical aspects.

Combine effects such as these with the geekery of the OASIS itself, and we’re in for one hell of a show. Each big scene inside it, is a joy to behold, as there’s so much to see. This is a film that, like the book it’s based on, is nostalgic in its very being; it’s packed full of references to old pop culture. We see too many to list here, but they fly by at a rate that’s hard to keep track of in the bigger setpieces. It’s a geek’s dream, and although many are changed from the book (be it due to rights or simply the nature of cinema), it’d be tough to argue that any of the changes are for the worse. These are the film’s big attractions; these glorious spectacles of nostalgia, where you’re just as likely to see Doc Brown’s DeLorean try and outrace King Kong as you are the Iron Giant go toe-to-toe with Mechagodzilla. They’re wonderful, joyful, magnificent pieces of action – but they don’t disguise the film’s lack of character development.

As with the book, it’s Daito and Sho that suffer the most from this, being entertaining but not all that fleshed out. The relationship between Wade and his best friend Aech is also sidelined a little, in favour of bringing Art3mis to the fore – no bad move, as Art3mis gets some fantastic moments, but it’s just a shame that she and Wade are the only main characters really given any development. However, in a film as entertaining as this, these are small issues, and don’t stop Ready Player One from being an absolute joy.

Verdict: That rare film that satisfies both the outer critic and the inner geek, Ready Player One is a dazzling nostalgic spectacle that shows Spielberg still knows how to craft a blockbuster, and is sure to leave you grinning.