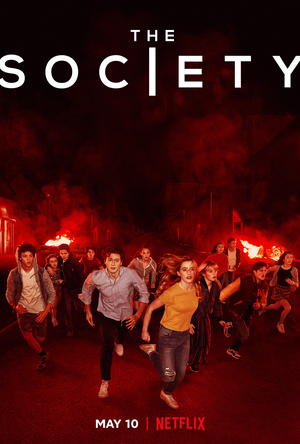 How far would you go to survive? TV critic Elinor Griffiths finds out 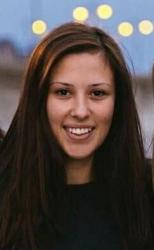 The new Netflix series The Society is a modern-day interpretation of the classic Lord of The Flies that depicts the fundamental question: what happens if all the adults vanish and the children are left to defend for themselves? Here the teenagers are left to their own devices after they return to their hometown following a cancelled school trip to discover that their parents and everyone else have disappeared. They are completely alone, isolated from the rest of the world and as you dive deeper into the mystery of the show, it rapidly becomes apparent that this isn’t a happy storyline.  This carefully sculptured and embellished storytelling focuses its attention on the emotional trauma that the teenagers experience as they are forced to form their own self-governing community that tests their moral values and exhibits that there is very little joy be found throughout the series, which makes the softer, more tender moments that much sweeter.

What’s most interesting about seeing the children being separated from normalcy is how they have built their lives around the ordeal of losing their parents as well as the comfort of having a systematic government that provides them with a sense of order and structure. This dramatic and frightening portrayal demonstrates a political statement that makes for compulsive viewing, as it highlights the destruction of youth, where the safety net that once kept these all-American teenagers from spiralling out of control have abandoned them, or perhaps set them free. The writer, Christopher Keyser, has created a thrilling series that rapidly races into a distressing, complexed storyline that grasps the attention of a younger audience and entices them to contemplate what they would do if they were in the same situation. With abrupt and unanticipated twists in the narrative, the characters are faced with many predicaments which demands them to lose focus of their moral compass and make hard, amoral decisions.  Throughout these obstacles, it is very clear that the character Allie (played by Kathryn Newton) is very much the leading lady in this ensemble, who is forced to suppress her deepest anxieties and typical teenage tendencies when she unexpectedly finds herself having the responsibility of leading the panicked teenagers away from chaos and into an organised and protected environment. She quickly learns that with great power comes great responsibility, and we see her unwillingly having to make crucial decisions that have both victorious and devastating consequences for herself and others. Newton seamlessly embodies the vulnerability of the human condition and although she is not a particularly likable character, she feels authentic as she draws attention to the self-absorption and acrimony of her kind. With no adults to control their behaviour, the drama centres around the typical teen antics – sex, drugs and alcohol – and although it is shown in extreme depth, Keyser heightens the emotional state of the teenagers to create a storyline that is relatable to the audience The Society is marketed at. There is a significant consideration given to the message of the narrative being told, which tells us that all of their actions come with consequences. And the consequences are things that matter. Whilst directing a monumental, existential question at both the characters and the viewers, one of the show’s central themes is identity, and as the storyline progresses, it asks you to find out what kind of person you are, and to consider your place and purpose in the world. If you were in the same position, would you resist the temptation of complete freedom or would you succumb to your darkest instincts and accept the sinister version of yourself?

The Society asks the viewers to answer the question that everyone has to ask as they grow up, or even as they are grown up: who am I and what part am I going to play?

As the story advances and continues to ask deeper questions, it illustrates an emotional and in-depth analysis of the human condition that leaves the audience on the edge of their seat, perplexed by their own thoughts and feelings towards the never-ending question.