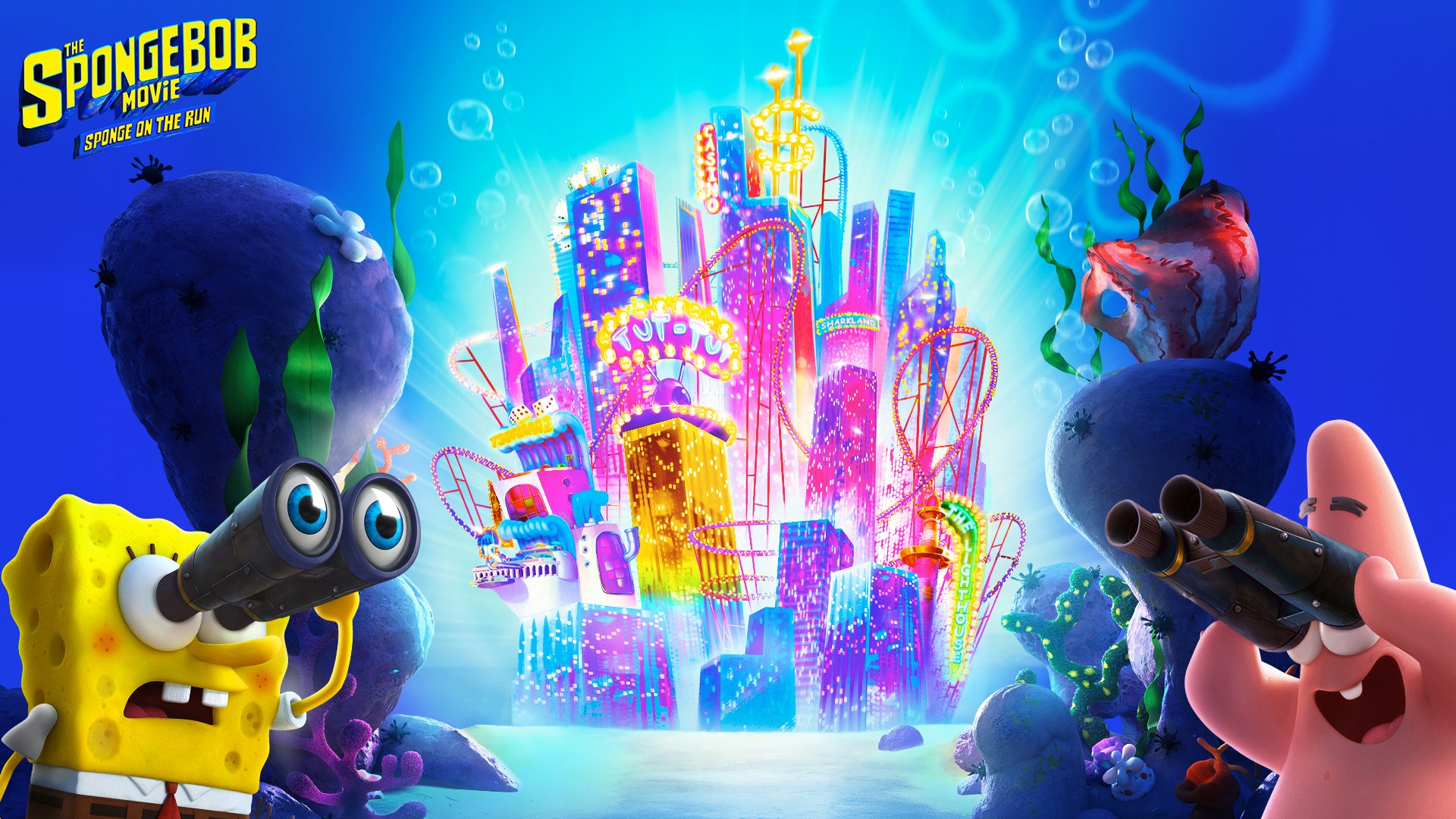 Review: The SpongeBob Movie: Sponge on the Run

Film Critic Sam Wait enjoys the new entry in the Spongebob franchise, even if it doesn’t compare to the original movie and classic series

Sam Wait
TV Editor and English student
Published at 08:30 on 7 December 2020
Images by The Spongebob Movie on Facebook

When I heard about the new SpongeBob movie coming out, I was confused to hear the synopsis resembled almost the exact plot of the famous ‘Where’s Gary?’ episode of the show. SpongeBob’s pet sea snail gets kidnapped, and SpongeBob and best friend Patrick must go on a quest to save him. So far, so familiar. But rest assured, this film does differ from that pivotal episode, and further still from its 2004 predecessor ‘The SpongeBob SquarePants Movie’. The friends’ quest takes them to The Lost City of Atlantic City, allowing for a multitude of new adventures.

What is unexpectedly pleasant about this new SpongeBob Movie is its unique take on the show’s animation style. Facing backlash throughout the years for changing the ruggedly simplistic animation of Season 1 into the perfectly polished and over-expressive nature it lapsed into during later seasons, the jump from 2D to CG animation was certainly a risk. However, this transition seems to allow the show to progress from the iconic animation style which came before it. We are left with no airs or graces that this film will not resemble the iconic one of our childhoods, but is a story for a new generation to enjoy. This allows the viewer to appreciate it as a stand-alone film rather than comparing it to the masterpiece that is the original SpongeBob SquarePants Movie (I may be biased).

Setting off to a shaky start, the film introduces us to the old characters in the same formula that we recognise from the show. SpongeBob is annoyingly optimistic. Mr Krabs is making money. Plankton is planning to steal the secret formula for the Krabby Patty whilst Karen, his computer wife, appraises him. Squidward hates everyone. You get the picture. Until Karen informs Plankton it is not Mr Krabs that is the problem – it’s SpongeBob who always spoils Plankton’s evil plans. Upon hearing that King Poseidon is looking for a new sea snail for his skincare regime, Plankton’s evil plan develops from there.

This sets the plot in motion, where SpongeBob and Patrick set off to The Lost City of Atlantic City to find the ‘snail-napped’ Gary. However, this is promptly interrupted by a visit to an abandoned town where they find, and I quote, ‘flesh-eating cowboy pirate zombies.’ This leads to an impromptu dance number which includes none other than Snoop Dogg. Though his cameo was appreciated, I did wonder what the purpose of his inclusion or indeed any zombies was. Luckily, Keanu Reeves appears as Sage, who rescues the pair from the fate of listening to any more zombie dance music.

The CG animation of the film allows for many new possibilities, as The Lost City of Atlantic City is a utopic extravaganza akin to Las Vegas. Though the humour initially seems forced, this jarring new setting allows for SpongeBob and Patrick’s usual repartee to commence and is reasonably funny once the characters return to just being among sea creatures. The film also takes care to continuously reference moments from the television show and previous movies which die-hard fans will appreciate.

The film’s central message is that of the power of friendship and courage, which despite his faults, SpongeBob always acts on. I cannot help but think this message would’ve been clearer without the distracting subplot of the zombies, but the second half of the film definitely improves upon the former. SpongeBob also says ‘crappy,’ which was something I never expected from a SpongeBob film – and I assume will be unappreciated by quite a few parents. However, the film’s optimism, silliness and humorous tone are quite enough to make it a charming and enjoyable watch. It succeeds in taking the basis of an old episode and giving it a clear moral compass for children and adults to follow, just as the show has done so well in the past.

Though it does not live up to the original show or the first SpongeBob SquarePants Movie, Spongebob: Sponge on the Run makes it a delight to revisit the characters of Bikini Bottom and offers perfect escapism.

The Spongebob Movie: Sponge on the Run is now streaming on Netflix.

Looking for more of the latest reviews? Check out these from Redbrick Film: