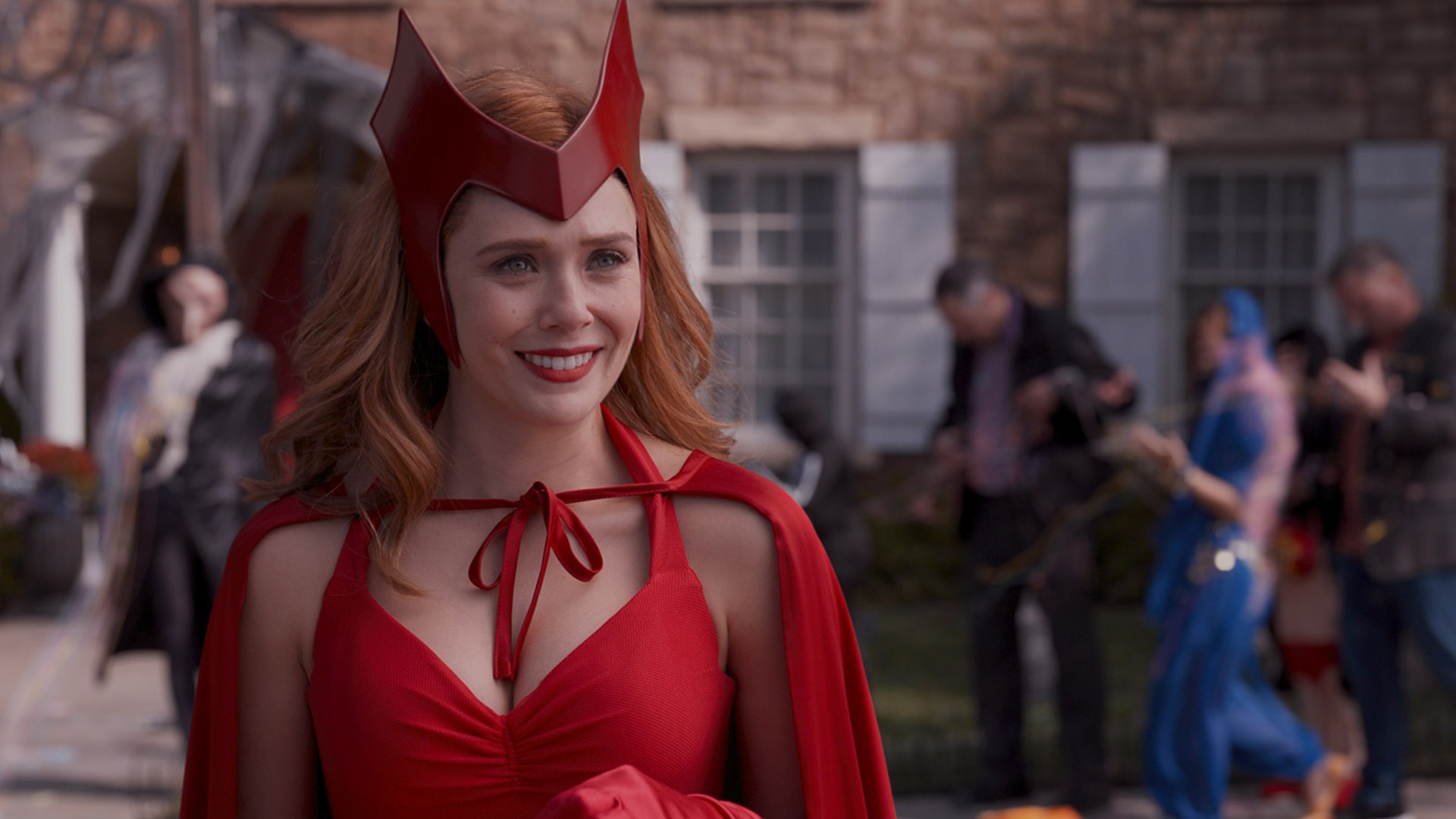 Written by Bethany Sherrott
Published at 18:30 on 20 March 2021
Images by @DisneyPlusUK on Facebook

The Marvel Cinematic Universe has returned with one of the strongest new entries into the saga yet – WandaVision.

I was unbelievably excited for the return of the MCU, especially as it was returning with a show centred around one of my favourite newer characters in the Universe. Elizabeth Olsen’s Wanda Maximoff has been mesmerising to watch since she made her debut in Avengers: Age of Ultron. Slightly-wobbly Sokovian accent aside, she continues to thrill as she takes centre stage in her own television show. She positively glows alongside Paul Bettany’s delightfully charming Vision, and the two of them have created my favourite Marvel love story.

But WandaVision is so much more than a love story. There are moments throughout the series that are haunting, and creator Jac Schaeffer and director Matt Shakman balance moments of comedy, romance, and eeriness. The two flashes of the dead bodies of beloved characters are categorically scary, and for a moment you’re led to believe that Wanda is puppeteering corpses around a New Jersey town. There’s a brief second in the third episode where Vision looks into the centre of the camera and, as we’re not yet in the era of The Office, this look is uncanny and unsettling. Plus, the moment in episode five when Wanda forces the credits to roll over her and Vision’s disagreement was just downright jaw-dropping.

Kathryn Hahn was especially charming in her role as Agnes/Agatha Harkness, the eventual-villain. The Modern Family-style cut-away in the seventh episode to her telling the camera that she ‘actually did bite a kid once’ has got to be the funniest moment of the series. Sadly I found her opening scene in episode eight to be the weakest, but I know why they had to include it. The set up that Agatha’s character could take the power of other witches was necessary information, but a series of blue and purple lasers wasn’t the most visually compelling way to show this.

The Real-World gang was great too, and episode 4 gives us the strongest opening of the entire series. We follow Monica (Teyonah Paris) as she wakes up from the Snap five years after the events of Avengers: Infinity War. She stumbles through a chaotic hospital floor suddenly reeling from the reappearance of patients, visitors and staff alike as she searches for someone who can tell her where her mother is. This moment puts a slightly different spin on the wider repercussions of the actions of our favourite superheroes than the previous, more comedic, explanation in Spider-Man: Far From Home.

We then meet up with returning favourite Jimmy Woo (previously seen in Ant-Man and the Wasp, played by Randall Park) who’s investigating the missing town of Westview, and Dr Darcy Lewis (of Thor fame, played by Kat Dennings) is hired by SWORD to investigate what she quickly coins ‘The Hex’. These two act as charismatic audience surrogates for the next few episodes, dutifully investigating and theorising the sit-com style alternate reality just as the MCU fans had been doing for the previous three episodes.

WandaVision is also one of the first MCU projects to feel truly balanced in terms of gender. A lot of the important players are women, but it also doesn’t call attention to this fact, unlike a criticised and mocked scene from Avengers: Endgame. As with most of its female stars, Olsen has spoken out about her dislike of Wanda’s previous costumes, and I found it particularly interesting that for the most part during her final battle she’s outfitted in joggers and a hoodie. Her final outfit is a bit more form-fitting, but a lot more covered up than her previous garb.

Not everything was perfect, and even I’ll admit that there were some moments that had me sighing. The revelation that ‘Fake-Pietro’ (Evan Peters) was no one other than a would-be actor rather than his X-Men counterpart is still ringing across social media as one of the biggest disappointments of the entire show, especially considering his final moment was reduced to joke on his name: ‘Ralph Bohner.’ But even if it ultimately didn’t live up to fan-expectation, I am still glad Peters was cast as he was great fun to watch.

With its charming performances, stunning new looks, and heart-breaking plot about grief and forgiveness, WandaVision is a delightful 9 episodes of entertainment. A phenomenal re-entry into the Marvel Cinematic Universe.