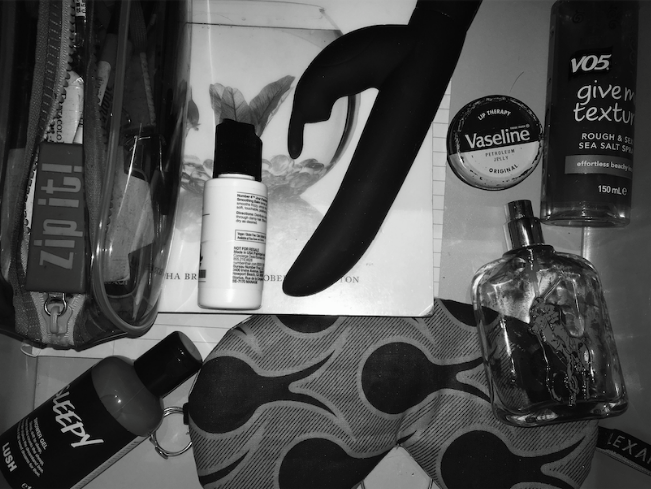 Other than typing ‘porn’ into YouTube on my family computer at age 11, I always saw it as a dangerously seductive zone not meant for my eyes. A force field also encircled my pelvis, the nether realm where I ought never to go. Any moments of curiosity when I was sure my parents were asleep resulted in a deep embarrassment that made my cheeks flush and my palms sweat. This only solidified the idea that I was a sexual anomaly amidst all other girls my age. Once or twice someone at school would ask ‘do you…?’ but the question was always dismissed by the shaking of heads in unison, faces aghast.

Like a mutually loved hobby, it was a source of jokes, bonding and outwardly expressed desire that just didn’t appear relevant to me. It seemed my own sexuality was only legitimate if a boy was involved, or if it was as some kind of spectacle – and if I were ever to talk about it, it was seen either as an invitation or as a statement about how rebellious and free-spirited I was.

For me, coming to university was like having a long conversation with a reassuring experienced friend. But she brought with her a confusing message: a lot of girls own vibrators, and they use them often. This was such a sudden change from the messages I had been given through school and sixth form, and I was confused as to why. Even in first year, under the shroud of 2 am when the clinking from the kitchen and the sound of footsteps in the corridor had finally stopped, I would still feel odd about doing it. Like somehow my flatmates could sense it, and that for them to know would be a terrible humiliation.

Of course, for many girls this wasn’t the case, and if it was, these feelings likely faded.

‘When I got to year 10 I became close with a girl who was really open about that kind of thing and she would tell me funny stories that had happened to her. It made me more open’ says Anna. ‘It definitely became more obvious to me as I grew up that it’s nothing to be ashamed of and it’s perfectly normal’ she adds.