Why Has RuPaul’s Drag Race Been So Revolutionary for Drag?

TV’s Abbie Pease gives her opinion on RuPaul’s Drag Race and its ability to not only entertain, but educate and enlighten its audience 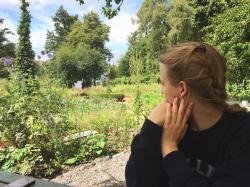 In a colourful, flamboyant mismatch of America’s Next Top Model and Project Runway, RuPaul’s Drag Race has been gracing our screens since 2009. The fantastically outlandish television series, which shines light on America’s drag community, has been labelled “groundbreaking telly”, that surpasses social barriers and educates viewers on the culture and art of drag. Flourishing in the 1980s, drag can be viewed as a representation of pop culture; constantly evolving to reflect changes in society. Through giving drag queens a platform from which to showcase their skills, RuPaul’s Drag Race has revolutionised the status of drag queens in America and across the world.

During each season, competitors are pinned up against each other and knocked out one-by-one until only three queens are left. Tested on their fashion, modelling, dancing, singing, acting, hair, make-up and humour, the queens are pushed to the limits of their talent. Through emphasising the skills that are needed to make it in drag, the series has transformed the image of the drag community. As well as inspiring future artists and encouraging seasoned professionals to evolve, RuPaul’s Drag Race has given drag queens the recognition that they deserve for their craft.

Inspiring multiple spin-off shows, the American reality competition has played an important role in changing people’s perceptions of drag. Every queen has overcome some form of adversity in order to be who they are, showing audiences the nerve that it takes to challenge the beliefs of mainstream society. Through humanising the art of drag, RuPaul’s Drag Race speaks to any viewers who dare to be different. The show embraces those who stand on the outer peripheries of society through embracing fluidity and putting a finger up to those who wish to confine gender. With the catch phrase “we’re all born naked and the rest is drag”, the show begs the question, do the masks we wear define who we are?

Although extravagant, and in some cases trashy, nobody watching can ignore the political importance of RuPaul’s Drag Race. The show is designed to challenge homophobia and transphobia, addressing real issues that face so many men and women across the globe. Adopting a humorous tone, the show engages viewers in real issues by dressing them in comedy. Winning an Emmy in 2016, it is clear that RuPaul has pulled drag beauty into the realm of mainstream television. Over the seasons the show has seen a consistent increase in budget and quality, growing into a media and television sensation. As a figure who admittedly hid from the limelight in the Bush years, RuPaul Charles has championed through adversity and made his mark on show business, not only changing his life but the lives of so many drag queens.

When I first began watching the addictive series, I was blown away by how developed and professional the culture of drag is. The programme taught me about gender fluidity and helped me to further embrace a form of art that I never paid much attention to. For me, this is what a good television series does; it forces you to open your mind and accept new possibilities. What makes RuPaul’s Drag Race particularly special is that it does so in a way that is bound to make you laugh, another key feature of any show that wishes to engage its viewers. These two factors have made the series a stand-out sensation that cannot be likened to anything television has seen before.