Sean Spicer’s Holocaust Gaffe: The Final Nail in the Coffin for Trump’s Administration? 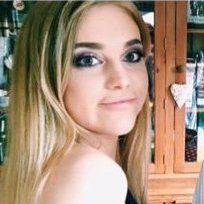 Another day, another gaffe for Donald Trump’s White House; this time it’s Sean Spicer who has really put his proverbial foot in it. We likely didn’t expect much tact from the White House Press Secretary appointed under the Trump administration, but forgetting the Holocaust? Ouch.

So, who is Sean Spicer?  Imagine Malcolm Tucker on steroids (see: The Thick of It). Spicer’s long history of altercations with the press began on Inauguration Day with the claim that journalists fabricated pictures of Trump’s inauguration to depict a low turnout (a claim that was later proved inaccurate). However, his relationship with the media took a turn for the worse last week.

On Tuesday, in a briefing the condemning actions of the Syrian dictator Bashar al-Assad, Spicer was quoted as saying that even ‘Hitler didn’t sink to the level of using chemical weapons.’ I suppose the actions of Nazi Germany and the most deadly genocide in history had slipped his mind. When a reporter questioned Spicer’s comments, he delivered a stumbled response:

‘I think when you come to sarin gas, there was no … he was not using the gas on his own people in the same way that Assad is doing. There was not … he brought them into the Holocaust centres, I understand that. But what I’m saying is the way that Assad used them, where he went into towns, dropped them, the use of it.’ Spicer’s take on events is clearly much different to those of everyone else.

Referring to concentration camps as ‘Holocaust centres’ was perhaps his first sin; it’s a phrase that hasn’t been adopted by anyone ever. His claim that Hitler didn’t drop gas on his own people in their towns is also false. Before the dreadful invention of gas chambers, Nazi soldiers would visit towns with vans fitted will sealed partitions in which poison gas could be flooded to execute Jews.

If Sean Spicer has learnt anything from this (although doubtful), it’s that: unlike your first-year exams, a White House press conference is not something you can cram for.

Spicer has since issued a number of apologies, even admitting he’d let the President down but it hasn’t just been this one royal f*** up; the Trump administration actually has a murky history of flirtation with anti-Semitism. While we may refer to them as gaffes or blunders as they happen, when we take a step back, we can see an uncomfortable past of the anti-Semitic tendencies of Trump’s team, as well as of those himself.

The chronicles of alleged anti-Semitism throughout the Trump election campaign began in the Summer of 2016, when Donald Trump tweeted a graphic depicting Hillary Clinton, claiming her to be ‘the most corrupt candidate ever’ upon a Star of David. While news teams reported on Trump’s scandalous ignorance, Trump issued a lacklustre defence (in the form of a tweet – obviously) arguing the shape was just a ‘sheriff’s star, or a plain star.’ While David Duke, former Imperial Wizard of the Ku Klux Klan, anti-Semitic conspiracy theorist, and known Holocaust denier supported the use of the shape of the Star of David, saying that all ‘Jewish extremists’ were supporting Clinton.

Additionally, during a radio interview last September Trump’s son, Donald Jr., drew comparisons between the media’s treatment of the now-President to the genocide that took place inside and out of concentration camps. He said that if his father acted like Hillary Clinton, ‘[the media] would be warming the gas chamber right now.’ Classy.

Equally, on January 27th – International Holocaust Remembrance Day – when Trump was in office, the (short) statement released by the White House simply referred to the ‘victims, survivors, and heroes of the Holocaust,’ failing to acknowledge specifically the 5-6 million Jews approximately (out of the European population of 9 million) who were exterminated during this dark time in history.

Furthermore, during a news conference back in February a journalist posed a question to Trump concerning the rise in anti-Semitic incidents in the US following his election and the epidemic of bomb threats against Jewish organisations. Rather than addressing what is a prominent issue important to the US Jewish population, Trump instead took this as a personal attack and his answer centred around the denial that he was a) not anti-Semitic (‘I am the least anti-Semitic person you have seen in your whole life’) and b) not a racist. He might as well have said ‘I’m not anti-Semitic – I have Jewish friends.’

His answer was later condemned by Jewish organisations that were disgusted by the way Trump disregarded valid detection of anti-Semitism and violence against Jews. The American Jewish Committee also criticised the President for bullying reporters after posing questions that are legitimately concerned with the safety of millions of Americans.

So are Sean Spicer’s comments simply adding ‘insult to injury’? No. This must be the final nail in the coffin. The history of anti-Semitic tendencies of Trump, his family and supporters should not be trivialised, and they should be held accountable for their words.