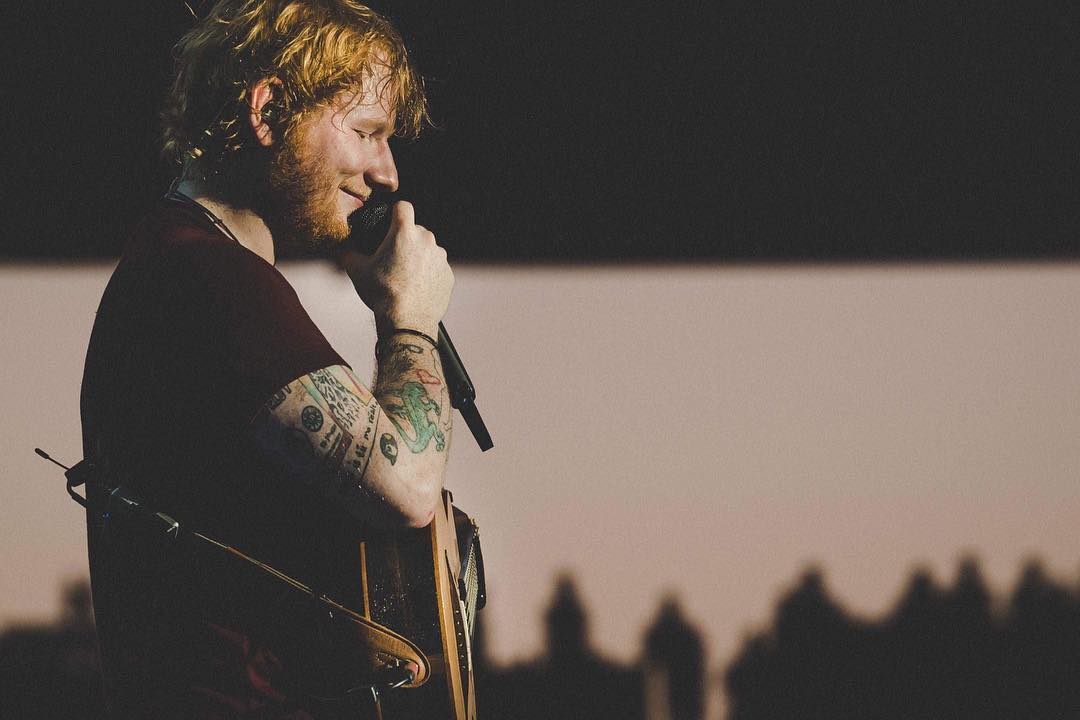 Music Critic Bas Bevan reviews Ed Sheeran’s latest single, explaining how it affirms the artists place as one of the biggest pop-stars at the moment

Written by Bas Bevan
Politics, Religion and Philosophy Student
Published at 17:00 on 23 September 2021
Images by @EdSheeranMusic on Facebook

After three of the most successful solo albums that could be imagined and accolades including The Official Charts Company’s artist of the decade no one would blame Ed Sheeran for continuing to produce the type of songs that catapulted him to global fame and a place amongst the biggest musicians in history. However, with June’s ‘Bad Habits’ and his newest single ‘Shivers,’ which with both feature on his highly anticipated fourth solo record =, Sheeran appears to be open to development and employs a more electronic, mainstream pop sound. Still experimenting significantly with styles and sounds at this stage of his career shows that he remains focussed on creating the music that he wants to put out rather than following formulas that have achieved massive commercial success previously. This does not come as a surprise as it would be unlike Ed Sheeran to be complacent and repetitive.

The staccato strings that kick off the track and continue throughout create the mood of the song’s title bringing tension and an uneasy feel. This is contrasted with Sheeran’s rich, melodic vocals and colourful imagery. He speaks of taking ‘an arrow to the heart’ and ‘dancing underneath the stars’ and yearns ‘I wanna kiss your eyes,’ ‘I wanna drink that smile.’ The pictures that the lyrics paint and the atmospheric instrumental make the song a captivating listen.

The addition of a background synth and rhythmic guitar pattern in the pre-chorus grows the tense atmosphere further. The tension is then released in the energetic and vibrant chorus, headlined by Sheeran’s signature acoustic guitar. This is undoubtably the highlight of the track. The presence of warm horns and the electronic bass drum makes its repetition even more lively.

The bridge section features Ed’s high vocals and harmonies with the bass and percussive claps, which breaks up the vivacious, busy chorus’. This gradually builds up but stops for him to powerfully the deliver the start of the refrain before another dynamic chorus featuring varying melodies sung passionately by Sheeran.

When Ed announced ‘Shivers’ on Instagram he said that it was originally meant to be the first single from = but changed his mind as he said it ‘felt more autumnal.’ This can definitely be felt in the air of unrest given off by the strings but also in the more colourful sounds of the chorus. Both the changing of the seasons and the vivid beauty of autumn are reflected in the competing elements of the track so releasing it now may have been a wise decision as its mirroring of the time of year could increase its appeal.

‘Shivers’ puts on display the scale Ed Sheeran’s creativity and offers all of the things that make his music so alluring whilst embracing a new style. With tranquil verses, artistic lyrics and the vigour and excitement of the chorus its overall sound is full of fun and vibrance making it a charming pop song and evidence for why Sheeran is still a prolific hit maker who is not afraid to expand his style. The track is a welcome addition to his ever growing and varied catalogue of interesting and exceptional music and no doubt has contributed to the lofty expectations for the full release of =.