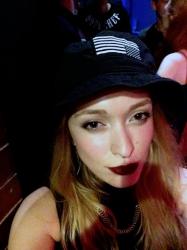 The skiing season is well underway and our closest range is the French Alps. French ski resorts are notoriously expensive, whilst Austria and Italy lend themselves more to a smaller budget. However, France has the best range of ski resorts in Europe, offering a diverse skiing experience for all abilities.

The most popular times to go are during Christmas and New Year, February Half-Term, and the Easter holidays. If you want to go during these dates you will have to book well in advance, as they will be the most expensive. However, there are lots of ways to organise a bargain; websites like SkiBeat offer last-minute deals making it possible to stay in a catered four-star chalet booked two weeks prior for as little as £399. An obvious downside of this is you may have to compromise on which resort you wish to visit. In order to help you in your decision-making this season, here is a list of French Ski resorts which cater to a range of needs.

Chamonix-Mont-Blanc is the best resort for variety as it comprises of six ski areas: Grands Montets, Brevent, La Fiegere, Les Houches, Le Tour and La Wormaine. A Mont Blanc Unlimited ski pass for six days will cost you just shy of 300 euros, but if you ski between the 11th of April and 3rd of May, ski passes are discounted by 50 euros. Its place on the rail line linking France and Switzerland makes the night train from Paris a fantastic means by which to travel. This will set you back only £50 after getting the Eurostar from London St. Pancras International to Paris, which is much cheaper than most Airport transfers.

With such a huge variety on and off the piste, Chamonix is best for your family holiday. With lively bars for the younger members, and lots of restaurants for dinner with your parents, there is something for everyone. Should you choose to visit St Gervais unfortunately there is only one club so you won’t be spending money on après or bars, however this does reduce your budget. Despite being one of the smaller French resorts, this is the best place for avoiding tourists. If you want a pure experience of the mountains unadulterated by wild bars and drunk English and Germans this is the resort for you. Situated on Mont Jolly, this is your perfect place to visit in the February reading week. Most resorts are overrun by English families on holiday, because this is a holiday week for the French, but here you are free to roam the mountain. The busiest day is Wednesday because the local schools have a sports day, so the children are out in Lycra catsuits practicing and competing in the slalom.

The closest airport is Geneva, but if you’re coming in a large group it’s probably cheaper to drive. Take the Eurotunnel and share the driving hours and you’ll be in your chalet in 12 hours. Due to the comparative lack of popularity with tourists, St Gervais Ecole du Ski has fewer English-speaking instructors, so is perhaps not the best for absolute beginners, however the runs are majority greens and blues so good for skiers of intermediate ability wishing to improve and gain confidence.

If you’re visiting Les Arcs it is essential that you bring your steeziest tee, as this French resort has much to offer for the skier enthusiast. This year in January the resort held the Redbull line catcher, a free ski event where riders    compete in jumps. Additionally, Les Arc is also holding the B&E Invitational, a park freestyle event offering the opportunity for the worlds best freestyle skiers to showcase their skills.

and quiet village. A ski pass for six days will cost around £240, however this is great value as it includes skiing in both La Plagne and Les Arcs. The resort is situated at 1600m and in order to get here fly to Lyon and take a two and a half hour transfer.

With its highest point of 3455m, Tignes is best for snow all season round. A lift pass in the self-proclaimed ‘sportiest ski resort’ will cost you 260 euros. Every year the Oxbridge Varsity trips go to Tignes and it is home to Blue Girl, Jack’s Club and The Melting Pot, three nightlife hotspots in the resort. Also home to several après bars including the world-famous La Folie Douce, Teignes is the party resort. Arguably the best part of skiing is an activity called Après. Après ski literally means ‘after skiing’ and begins any time after you’ve done a few runs. Take a chairlift up the     mountain and ski to your bar of choice. All après bars have their own resident DJ’s and outside bars, so by the time of last lifts at four o’clock you’re dancing on the tables in your ski boots with a pint and the sun setting behind the       mountains. Skiing back in the dark is a little perilous as very few pistes are lit, but the French are more than prepared for the British binge drinker and have their own army of skidoos to take the plastered students to safety.

The main airport used for travelling to the Alps is Geneva in Switzerland, and flights leave both Birmingham and London airports regularly during the winter season. However, it is also worth looking at flights to Lyon and Grenoble as transfer prices vary. To plan your trip to Tignes, do your research and look for the best transfer times.

Skiing and snowboarding are both brilliant sports, offering the experience of skiing in a group or flying solo, making this a fantastic way to spend a family holiday. Many resorts have their own team of Ski Instructors who    double up as private instructors, so if you and your family or group of friends are beginners you can all have lessons together whilst simultaneously getting to know the mountain.

Perhaps the best introduction to snow sports is on your university ski trip. This year on their Christmas holiday Brumski visited the French resort Val Thorens. Think Fresher’s Week, three different universities, 1000 students and nights where everyone commits to fancy dress. Resorts dissolve into chaos as a result of cheap booze and high  altitude. Other universities’ destinations include Austria, Tignes, Les Deux Alps.

For their 2015 Easter Trip Brumski are visiting the tax haven Andorra. Where a litre of vodka costs as little as €2.99, supermarkets are now forced to battle their competition with items sellotaped to bottles, including cigarettes and single shot bottles of alcohol. At £359 including a return coach journey, six-day ski pass and six nights accommodation with the optional add-on of group lessons, this is the perfect introduction to skiing this season.