The Best of Benedict Cumberbatch

With another Golden Globe nomination under his belt this week, critic Katie Manzi reflects on the Best of Benedict Cumberbatch… 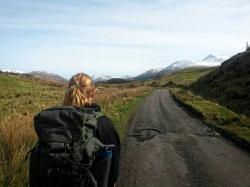 In a few short years Benedict Cumberbatch has become one of the world’s most beloved actors. His signature voice, unique look, and talent for portraying complex characters has led to him being cast in some of the biggest blockbusters of the last few years. The 38-year-old actor rose to fame for his turn as Sherlock Holmes on the BBC’s Sherlock, but there is much more to his acting career than the detective in the funny hat. With his recent nomination for Best Actor in The Imitation Game, here are, what I consider to be, Mr. Cumberbatch’s top seven best pieces of work.

Based around the real life events of the Wikileaks news leak website, Benedict plays the real like Julian Assange. Assange is a controversial figure who denounced the film, and Benedict, upon its release. However Benedict has been quoted as saying it is one of the films he is proudest of despite the criticism. Many critics agree that real function of the film is to showcase Benedict’s talent.

Benedict lent his voice and body to the role of the titular villain in the second installment of The Hobbit trilogy. Smaug, a massive fire-breathing dragon, guards the homeland the main characters seek to reclaim. Benedict not only contributed his legendary voice to Smaug, which is enough to make your spine tingle on its own, but he also did the motion capture for the character. This managed to bring his facial expressions into the beast in one of the best on-screen dragons of modern film. The final installment of The Hobbit trilogy, also featuring Benedict as Smaug, is out now.

A five-part mini series on the BBC, Parade’s End featured Benedict as Christopher Tietjens, who finds himself caught between his vindictive wife and a compassionate suffragette. Set to the backdrop of WW1, Benedict’s portrayal of Tietjens as an old-fashioned man who is tortured by not only his wife, but his own sensibilities is intimate and subtle. It is a more low-key performance that is not to be missed. This show may be of particular interest for fans of shows like Downton Abbey.

In this film Benedict portrays a young man, James, who is terminally ill with cancer. One of his final wishes is to visit his favorite place on earth with his best friends before he dies. This special place is a remote cove on the English coast that requires a several days long hike to reach. On this journey the horror of Jame’s impending death causes friendships to crack, and secrets they had all been hiding from each other to emerge. Fair warning, this film will emotionally wreck you. It is at times funny and joyous, but it is mostly heartbreaking and devastating. Benedict’s performance is powerful and is one that will stay with you.

Despite mixed reviews, all could agree that Benedict’s portrayal of the legendary Star Trek villain Khan was superb. There were many doubts about his casting going into the film, mainly revolving around the whitewashing of the originally Indian Khan. However, Benedict still managed to deliver a chilling and appealing version of the villain to the screen, making the entire film worthwhile. His fight sequences are a particular highlight, whether he is squeezing someone’s head until it explodes or getting repeatedly punched in the face by Zachary Quinto.

This one is a little cheating, because it is technically a stage performance. However, thanks to National Theater Live, it made its way onto movie screens as well. Benedict and the talented Jonny Lee Miller shared the roles of Frankenstein and The Monster in this version of the classic, switching roles every other performance. Benedict as The Monster was terrifyingly good. This play pushed the range of his acting skills and he more than delivered. If you ever get the chance to see the recordings of this play, do not hesitate to take it!

Of course, the role that made him famous is without a doubt Benedict’s best. Every actor who has portrayed Sherlock Holmes has brought something unique to the role, but none has ever been so popular or successful as Benedict. His Sherlock is not only unbelievably intelligent and crass, he is also deeply damaged and isolated. Benedict’s ability to hint at Sherlock’s buried humanity while simultaneously portraying his dizzying intellect is truly a triumph.