The Faults in The Fault in Our Stars.

As they say, making a rose pretty doesn’t eradicate the thorns underneath. 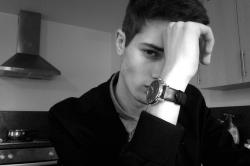 Love it or hate it, there is no denying that John Green’s novel and newly produced screenplay has made millions whilst raising quite a fair few eyebrows. With the ever nearing release date of the teenage “tragedy” on DVD, I think it’s time some things are made clear.

For the Caucasian Heterosexual American teen, TFIOS creates an idealistic (minus the Cancer), yet far from realistic portrayal of love and teenage relationships. The book/film sets out a fast paced “love story”, with no sense of conflict nor friction and constant pretentious undertones. But “it’s a metaphor”, right?

I personally enjoyed both the book and film as a piece of literature and it’s certainly created a culture where to read has become the social norm and the popular. But this does not negate the problems within it. As they say, making a rose pretty doesn’t eradicate the thorns underneath.

If John Green is proposing what a “dream boy” is, he really isn’t executing it well. A guy who stares at you in group therapy and woos you with clichéd metaphors is the dominant and typical, but not the moral or revolutionary ideal. The thought of an arrogant, selfish white male buying love through the romanticisation of cancer, sickens me.

Not only does Green create the desirable love story, but the aspirational female character. In some ways, it’s great that a girl with a joy for the intellect is dominant. But she’s far from the feminist icon. At the beginning of the story, we become aware that Hazel has depression whilst dying of cancer. We also only see her breaking away from her depression when under the influence of a male character. Yes, teenage love is a part of life and is obviously going to be enjoyed, but Augustus Waters is not a professional therapist and cannot cure the depression. By giving an aspirational character such a delicate and dark mental illness, the “sad culture” is created and the glorification begins. This could be argued down to the fact that Hazel may be relatable to many, but this most likely is not the case. I repeat, to be broken is not something someone should wish to become.

The trip Augustus and Hazel take to Amsterdam seems rather charming. However the scene in which they kiss in Anne Frank’s bedroom sums up the whole novel. It made me feel sick. Being two white, straight teenagers living in the 21st century, chances are that they have never experienced genocide (just a guess of course) and the scene leaves a bitter taste in the mouths of anyone with any set of morals.

“But it’s just fiction” you may say, however with novels such as this becoming so exposed and popular to the generations of today, such ideology is deeply institutionalised and seem normal. Yes, it is important for a story to have a storyline, but to narrow the killing of millions of Jews into a kiss between two privileged people is deeply concerning.

It’s not just the content that has proved offensive, but the reaction it has caused within young teenage, predominantly female, communities. Many readers of the book or purveyors of the film cannot distinguish between realism and fiction. Stories like this do not exist in the form that they are in. From the idolisation of Augustus Waters to the severity of their illnesses, the audience forget to realise that these children are sick, really sick, and thus the glorification is, yet again, created.

There is absolutely nothing wrong about writing about a love story between cancer patients. What is wrong is the way that their diseases seem like the background issue to the story. They are suffering. They are dying. Nothing about that is desirable and the way it has been perceived as what vulnerable young teens wish to achieve is wrong. What’s sad is that if the story was “dirtied up” with realness, it would cause less flaws, but make less money. Western issues, eh?

So if you’ve recently seen the film or read the book: