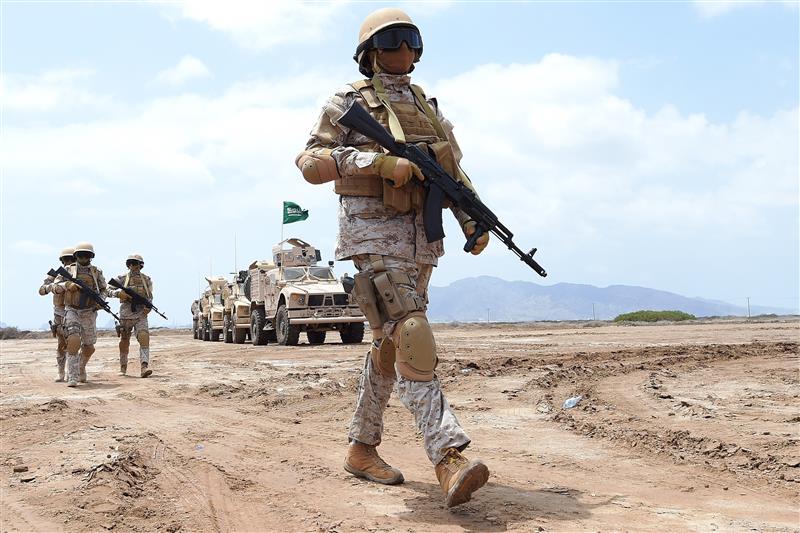 Comment Writer Oscar Courtney takes a look at the UK’s responsibility in the Yemen humanitarian crisis, arguing that the only way to promote peace is to withdraw its support for Saudi Arabia

Written by osccourt
Published at 12:00 on 21 February 2021
Images by Ahmed Farwan

It is a tragedy that humanitarian crises so quickly fade into a background noise that is drowned out by our own comparatively trivial problems. One such piece of background noise is Yemen. In 2014, Houthi rebels led an insurrection and took over Sana’a, Yemen’s capital, sparking the Yemen Civil War. In 2015, Saudi Arabia intervened on the side of government forces, leading to what the UN has called ‘the world’s worst humanitarian crisis’: at least 18,400 civilians have died, 20 million Yemenis are without direct access to food, and the people of Yemen are the subject of the worst cholera outbreak in recent history.

The role of the UK and the US in bringing this about is often described as ‘quiet.’ We support our ally Saudi Arabia, not by bolstering Saudi troops with British boots on the ground, but with arms sales – and the British maintenance, training and logistical support needed to put them to use. It is British bombs that fall out of the sky upon Yemeni hospitals, schools, funerals and marketplaces, and it is British technicians that keep the bombers running. The UK is not the gun-toting psychopath destroying everything in sight, but the gun-selling, gun-maintaining third party that does everything but point the gun and pull the trigger.

But now, perhaps, there is hope. Joe Biden has announced a freeze on arms sales to Saudi Arabia. Up until now, British and American rhetoric on Yemen – what little of it there has been – has often focussed on the human rights abuses of the Houthis as well as offering a general, banal, substanceless call for peace. Then Foreign Secretary Jeremy Hunt, for example, gave himself a pat on the back for attending the UN Yemen peace talks in Stockholm to ‘encourage progress.’ What good is this encouragement when the UK is arming the foremost belligerent? Biden’s move, therefore, is significant; it represents a shift from empty rhetoric to concrete policy.

The UK is already monstrously hypocritical when it comes to Yemen; airstrikes were ordered against the Assad regime in 2018 under the justification that ‘the UK is permitted… to take measures in order to alleviate overwhelming humanitarian suffering.’ Apparently British standards of human rights only come into play when it is the UK’s enemies, rather than its allies, causing this suffering. Now, with its closest ally drawing away from the conflict, the UK risks becoming diplomatically isolated as well as morally compromised.

It is important that we do not buy into the theory peddled by Tory ministers that the withdrawal of British support for the intervention will have no effect in bringing peace to Yemen. If the then Foreign Secretary Jeremy Hunt is to be believed then ceasing arms sales to Saudi Arabia would mean that the UK loses leverage and influence on Yemeni leaders that could be used to bring about peace. The logic in this line of thinking is patently ridiculous. Should the UK arm any state committing human rights abuses – and thereby become complicit in the atrocity – just so it has the leverage to try to make it stop? To me, the only salient way to prevent human rights abuses is to stop arming human rights abusers. In any case, this supposed leverage either lacks efficacy or is not being used, evidenced in the fact that the Yemen disaster continues.

On 20 June 2019, a legal case brought to the UK Court of Appeal by activist group Campaign Against Arms Trade (CAAT) ruled that arms sales to Saudi Arabia are unlawful. The Court also concluded that key government ministers including Boris Johnson, Liam Fox and Jeremy Hunt had illegally signed off on weapons sales ‘without properly assessing the risk to civilians.’ Lord Justice Singh said that, in 2016, ‘there was a decision, or change of position, so that there would be no assessment of past violations of IHL [international humanitarian law]’ by Saudi Arabia in Yemen. All of this completely undermines the claim continuously repeated by the government that arms sales are only authorised under the strictest possible review of potential human rights abuses.

Unfortunately, the freeze on new arms licenses to Saudi Arabia was lifted in July 2020, and at least £1.4bn of arms have been sold since then. The ban was lifted under a justification that flies in the face of all available information – that actions in violation of IHL by Saudi Arabia are ‘isolated incidents.’ What the Saudi-led intervention amounts to is the systematic destruction of all aspects of Yemeni civilian life – farms, hospitals, schools, residential areas are but a few of the targets repeatedly hit by Saudi airstrikes. I doubt there is any reasonable person who would consider the hundreds of instances such as these to be ‘isolated incidents.’ In October 2020, CAAT filed a new judicial review contesting the decision to renew arms sales, a case they should win for it is illegal under UK law to export arms when there is a ‘clear risk’ that a weapon ‘might’ be used in a serious violation of IHL.

The UK is increasingly out of step with the efforts of the international community to secure peace in Yemen, with Italy, Germany and now the US ceasing arms sales to Saudi Arabia. This – compounded with the domestic and potential international unlawfulness of British actions – has led to the assertion by some that it is within the UK’s self-interest to follow suit. Whilst this may be true, the predominant argument for withdrawing any and all support for the Saudi-led intervention must be the moral reasons for doing so. To be a country that claims to be a bastion of human rights that contributes to such devastation is a disgrace. This disgrace can and must be ended.

Trump’s Impeachment: The Only Way to Unify the United States?