This Is Not A Review

This week, Rosie Solomon was sexually assaulted while watching one of her favourite bands. Here, she describes her experience and how she took action. 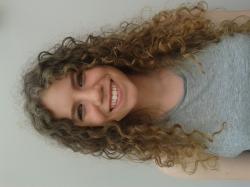 Before we start, I want to warn you all that this is not a concert review. I write for Redbrick Music, yes, and when I realised no one else would be reviewing the Baroness concert I had tickets for on the 29th February, I jumped at the chance to write about my favourite band, who I was seeing live for the third time. I never thought I’d end the night in a police station. But then again, no one ever expects sexual assault.

The support band were good, a little unseasoned perhaps but good just the same. It’s weird now to think back to a time before it happened, when all I could think about was when Baroness were going to come on and if they were going to play the songs I wanted. I can’t even remember their set list now. It was the first time I had ever been to a gig by myself, but it was going to be fine, I convinced myself, nothing bad will happen. Baroness fans are nice; I’ll make friends. Instead, I made friends with the police officers who picked me up and took my statement and made me tea while I sobbed and drove me home at two in the morning when they had filed the report.

It started about halfway into Baroness’ set. I felt something pressing into my leg and bottom. I thought nothing of it at first – it was crowded in there, and I’d be to plenty of gigs before where I’d ended up squashed in the crowd and so I thought it was completely normal. The man behind me was pushing into me in time with the music, but we were all jumping and bouncing and dancing and so I continued to think nothing of it. Until I looked around and I saw that he had plenty of space, and was deliberately thrusting his groin into my leg from behind.

I was shocked more than anything – surely I can go to a metal concert and expect not to be perved on? I’d (sadly) expect this kind of thing in a club on Broad Street, but the Institute? Not a chance. I gave him a dirty look which made my feelings clear and tried to move away, but I couldn’t get very far as I was already near the edge, surrounded by people.

The man followed me round to where I had moved and continued to thrust into my leg as before, like a dog on heat. I’m not sure why I didn’t report him to security there and then. I think there was a part of me that was still hoping it was an accident, an innocent mistake as if we were both just trying to enjoy the gig and get a good look at the band. He eventually backed off a bit but then I overheard him make an inappropriate comment which made all my doubts disappear. I turned around and yelled at him to leave me alone, which he seemed to understand despite being incredibly drunk, and did actually go away.

I tried to enjoy the remainder of the gig, the three songs that were left anyway (this behaviour had been going on for about half an hour by my reckoning), but I couldn’t. I tried not to cry and I held it together long enough to find the guy after the gig, march him over to the bar and get out the words “I want to report this man for sexual assault” before completely collapsing into tears. Whilst the woman at the bar ran round to hug me, the man and his friend ran off.

I was shaken, angry, upset, confused, but – above all – determined. This sort of behaviour (though not as prolonged) had happened to me at a gig before and I hadn’t done anything about it and seriously regretted it later. I managed to convey to the venue staff that I wanted the police to be called, and I had calmed down enough to explain what had happened by the time they arrived. I was so worried that they wouldn’t take this case seriously, as I had not been physically harmed and I had assumed that a case such as this would pale in comparison next to other things they may have to deal with. I am glad to say that I was completely wrong. The police handled the situation with kindness, tact and determination, telling me that I did the right thing to report the incident, and that what the man had done to me was completely and utterly illegal and wrong. I went with them to the police station where I was given tea, and they talked me through the process of giving a statement. It took a good couple of hours but finally I had a coherent statement that we were all happy with. We chatted about music, antiques and Simon Pegg movies (apparently Hot Fuzz has lots of police in-jokes in it which is really cool) and then they dropped me to my door when we were done, at around two in the morning.

I was tempted not to write an article about this at all. There didn’t seem to be much point; I couldn’t remember what the gig was like even before the incident happened, let alone during and after. There was no way I could tell people to snap up tickets for the rest of the tour because Baroness were so insanely good (I’m sure they were, although I won’t be able to listen to their music for a long time now). What convinced me to write this article is the fact that, if they manage to identify this man, I am planning to take him to court. I’m going to give a victim’s statement, and I hope he’ll get the punishment he deserves. I wanted to write this article to encourage anyone to do the same. My friends have told me about being grabbed in a club, called out to on a street, being pressed up against on a crowded bus, or even cases where I’ve heard a man masturbating over a friend on public transport. The sheer volume of these stories is horrific, shocking, upsetting and frankly unacceptable.

If a person touches you in a sexual way without your consent, it is illegal. You can and should report it to the police, and it will be taken seriously. I made a decision to take action and not to be a passive victim of the situation that I was forced into that night. I am not an object of your sexual fantasy, I am a person and I have the right to see my favourite band live by myself without fearing for my safety. I have the right to go on a night out and not to be touched in unwanted ways. I have the right to walk down the street and not to have abuse yelled at me from the window of a white van. You do too. You have the power to take charge of a situation like mine, like any of these, like your own. I made the decision to stand up and speak out. You should too.

Editor’s note: In the two days since we published this article, we’ve seen an amazing response – over 60,000 views and almost 100 comments, the vast majority sensitive and supportive. Baroness have published their own statement about Rosie’s experience on Facebook, itself receiving a huge response and countless comments in solidarity, which you can read here. If you’d like to read more about the campaign against groping at concerts, check out Girls Against, “a group of five teenage intersectional feminists fighting against sexual harassment and sexual assault in the live music community” – you can read more from the BBC here, or follow them on Twitter.