Jay Crosbie picks out some heart-warming and heart-breaking LGBTQ films. 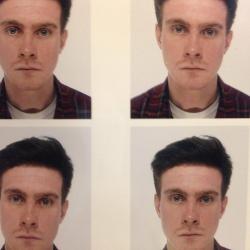 Many of us might not have been aware, myself included, that October was LGBTQ (Lesbian, Gay, Bisexual, Transgender & Queer) History Month. In light of this we at Redbrick Film decided to select our Top 3 LGBTQ movies to show our alliance with this important month. Then our online editor (THE STUPID MAN!) forgot to post this. So, in the true support of LGBTQ films, Redbrick Film has decided to extend the LGBTQ History Month for TWO MORE WHOLE MONTHS!

An oft misunderstood aspect of the LGBTQ spectrum is that of Transgenderism which makes Kimberly Peirce's Oscar-winning film so significant. 'Boys Don't Cry' follows the story of Brandon Teena, a transgendered man who was murdered by his male friends after discovering he was anatomically female. Pierce's direction is many things: intimate, haunting and unfathomably human, but all of these conspire together to create a great piece of social protest. A film dedicated to showing the brutality that transgendered men and women face in the search for acceptance. But, what Pierce's film will be celebrated for is Swank's performance which not only put her on the map and an Oscar in her hand, but that gave trans-activism a voice.

Unlike the other two movies on this list 'Pariah' (which literally means: outcast from society) intertwines gender normality, sexuality and race relations in a way very rarely seen in film. In a truly refreshing twist 'Pariah' exists in a plain which explores more than just cliches and stereotypes about being a lesbian, by shifting the view away from rich, white, heteronormatively feminine lesbians. Between that and its socially realist depiction of other problems lesbians teenagers may face (besides acceptance) the cost of living, getting into higher education and the role her religion plays in sexuality causes 'Pariah' to fight against the Hollywood white washing of the LGBTQ movement and in turn creates an incredibly important, delicate film that the LGBTQ community can be proud of.

Last, but certainly not least we have Andrew Haigh's life-affirming portrayal of fleeting intimacy. 'Weekend' follows Glen and Russell who meet at a night club on a drunken Friday evening and engage in a brief sexual relationship before Glen leaves for America. 'Weekend' is almost an LGBTQ answer to the Mumblecore movement; keeping things sparse but intimate and keeping things moving with the dread of Glen's departure. 'Weekend' explores what it means to be a gay man in modern England and how homosexuality incorporates itself into their lifestyles. 'Weekend' covers more emotional terrain in its runtime than most filmmakers cover in their oeuvres; a sensitive celebration of fleeting romance.
Jay Crosbie