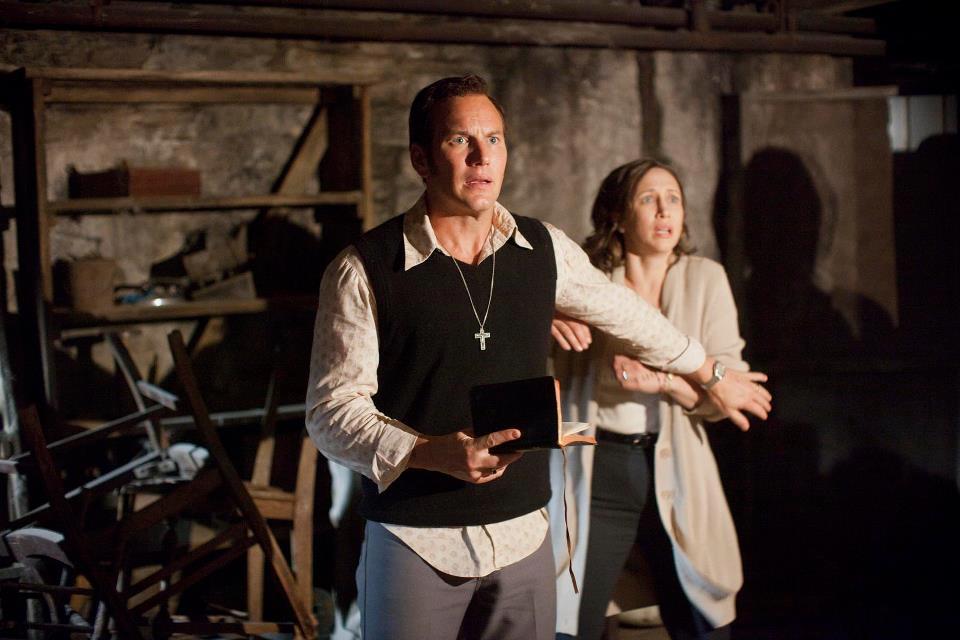 Lost in a vast expanse of Swedish wilderness, David Bruckner’s The Ritual follows Luke (Rafe Spall), Dom (Sam Troughton), Phil (Arsher Ali), and Hutch (Rob James-Collier) as they attempt to rekindle their struggling friendships in the wake of their friend Rob’s (Paul Reid) passing. Luke especially is consumed by guilt after watching Robert’s murder play out in front of him whilst he hid. Dom hurts his leg, leading to Hutch suggesting that the group takes a shortcut through some unmapped woodland. They come across increasingly disturbing sights in the forest, and slowly, are consumed by whatever ancient force is following them.

Adapted by Joe Barton from Adam Neville’s award-winning novel of the same title, The Ritual plays on themes that hark back to The Blair Witch Project, utilising the fear of the unknown to maintain a tension throughout the film’s narrative. It finds success in questioning whether the events of the plot are simply the psychological product of its protagonists’ guilt and shame, or whether they are the result of something entirely beyond their mortal comprehension. The Ritual’s protagonists are surprisingly easy for audiences to empathise with, as although the threat of the supernatural is entirely alien to us, the tumultuous emotions that fuel their journey ring true to anyone who has experienced guilt and shame, especially when concerning a loved one.

A group of five college friends (Jesse Williams, Anna Hutchinson, Chris Hemsworth, Fran Kranz, Kristen Connolly) head to a remote cabin in the woods for a short break, unaware of the danger that is about to unfold before them. Upon arriving, they discover that the cabin is full of mysterious hidden mirrors and trapdoors; following the breadcrumb trail, the group become subject to ghostly manipulations that are constantly observed, leading them towards a horror that is greater than anything they could possibly imagine.

Drew Goddard’s The Cabin in the Woods plays upon every trope in the book, from the film’s setting to its archetypal characters, presenting a comedic meta-horror that pokes fun at the very genre that it belongs to. Goddard draws from Scary Movie and The Truman Show, forming an unconventional amalgamation of the two that is unexpectedly hilarious comic-horror keeps you hooked from the get-go through its entertaining characters, unique premise, and nostalgic genre influences. Jennifer Kent’s The Babadook follows widow Amelia (Essie Davis) as she raises her son Samuel (Noah Wiseman) alone. Samuel discovers a strange book, entitled ‘The Babadook’, that depicts a terrifying creature of the same name (Tim Purcell). The black and white scribblings frighten both mother and son, leading to their multiple attempts to rid themselves of the volume. As their fears intensify, Mister Babadook begins to become all too real for the bereaved family. Amelia must dig deep into her darkest fears to protect her son from the sinister presence lurking in the shadows.

Mister Babadook becomes the thing that goes bump in the night as he feeds upon both Amelia’s parental fears and Samuel’s childhood paranoia. Kent’s writing effectively encapsulates the psyche of a struggling, grieving mother through Amelia’s monstrous imaginings. This harks back to the Victorian literary trope of the ‘madwoman in the attic’, as seen in the likes of Charlotte Perkins Gilman’s short story The Yellow Wallpaper; Kent modernises this idea, presenting a psychological horror that pulls at audiences’ deepest concerns by empathetically displaying mental health struggles through the medium of this captivating supernatural horror.

James Wan’s The Conjuring takes place in the 1970s, following Carolyn (Lili Taylor) and Roger (Ron Livingston) Perron’s family as they move into an isolated farmhouse. After experiencing strange and seemingly supernatural occurrences, the Perrons seek the help of paranormal investigators Ed (Patrick Wilson) and Lorraine (Vera Farmiga) Warren. The unusual happenings increase in severity, and soon the Warrens will uncover a truth about the house that concludes in an epic battle between good and evil.

Wan has to be one of the most influential modern horror writer/directors, with The Conjuring being his most impactful of the 2010s. Ignoring the cinematic universe that seems to have spanned off from it, Wan’s first effort in the franchise is one of the scariest horror features of the decade. It is formulaic and exploits tropes that have been seen countless times (jump scares, creepy dolls, etc.), however, it executes them flawlessly. Focusing on the investigations of Ed and Lorraine Warren, real paranormal investigators who were active in the 20th Century, grounds the plot’s fiction in an eerie reality, creating a supernatural horror that effectively terrifies its audience through a blend of the supernatural and the natural.

After the passing of the Graham family matriarch (Kathleen Chalfant), her daughter Annie (Toni Collette) and grandchildren Charlie (Milly Shapiro) and Peter (Alex Wolff) are left in the wake of all that she left behind. To father Steve’s (Gabriel Byrne) disapproval, both Annie and Peter become entangled in a web of horrifying secrets that surround their ancestry, and slowly discover the twisted inheritance that has befallen them.

Although his 2019 venture Midsommar could have very easily found itself on this list, Ari Aster’s Hereditary stands out from the crowd as a shining example that you can find uniqueness and authenticity in modern horror filmmaking. There aren’t many films quite like Hereditary. As his debut feature length picture, Aster shines as writer and director, using his own life and familial experiences as a springboard for this supernatural drama. Aster was inspired by iconic pieces of horror cinema, such as of Rosemary’s Baby and Carrie, to create an eerie narrative that slowly leads up to a grand reveal at the end that isn’t afraid to bewilder its audiences. Aster’s writing is clever, and the cinematography is beautifully unsettling, resulting in a film that deserves multiple re-watches as audiences are able to find new layers to the narrative’s resolution with every viewing.

For more horror, check out these articles from Redbrick Film: