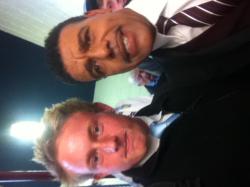 There is a very thin line which separates a great goalkeeper from a top-class goalkeeper. This list gives you my analysis of what England’s top division has to offer – the crème dela crème of ‘keepers.

Before I begin, I just want to mention Petr Cech is not on the list. He was originally, but he was replaced by a young, promising, and frankly, better goalkeeper (sounds familiar?). I’m sure this will be utterly bewildering for some of you. I have my reasons, but it is mainly down to my strong opnion that, get ready for it..

England’s future number one. At twenty-two years old I believe Jack Butland is right on track to become one of the world’s best. In his breakthrough Premier League season, with Asmir Begovic moving to Chelsea, Butland has been nothing short of incredible for Stoke. With their new and improved style of play under Mark Hughes, Butland has been a pivotal part in an impressive season for The Potters. Butland has kept eight clean sheets so far, often being the only crux in the opposition’s plan to score; single-handedly gaining points for Stoke. A personal favourite Butland save being in the recent win against Manchester United, which saw him sharply save a shot low to his right; an unbelievable save that seemed to go almost unnoticed!

But aside from the world-class saves and numerous clean sheets, Butland has something else that I think sets him apart from most good goalkeepers: he takes control of every situation he can, and is uncommonly reliable in doing so; extremely impressive considering his lack of experience. In many ways, he is actually quite similar to number one on this list.

After breaking into the Manchester City first team in the 2010-11 season, Hart has been a revelation for the blue side of Manchester- securing his place as England’s number one along the way – and deservedly so. With a record number of golden glove awards (four), Hart must be recognised as one of the Premier League’s top goalkeepers.

Hart is crucial part of the team; a solid foundation for the iconic spine that helped City win their first title for over forty years. He is a crucial part of a very good team, not just through his match day performances, but also through his character away from the pitch.

Regarding his goalkeeping, Hart has seemed to have developed his own style. We have all seen how he spreads himself during a one-on-one – flying out with limbs spread at ungodly angles; stopping the ball with whatever body part can get in the way. Of course, we see ‘keepers spread themselves during such situations all the time, but Hart seems to do so with a tenacity unrivalled in its will and intent. It is one of the rare situations Hart allows himself convey his roiling passion into a footballing scenario. And oh man, how he has passion.

I’m sure most of you will have seen the clip of him in the 2014 World Cup whilst England were losing by a goal against Italy, whereby he was filmed screaming angrily for the ball to be returned to him to take a goal-kick. Personally, I thought it was great: it was demonstration of a player’s undeniable passion for his country; something spectators seldom get to see outright.

Very close call this one. It seems very harsh to put De Gea at number three, but I think that is more of a reflection of how good the top two are. Since signing from Atlectico Madrid in 2011 for £17.8 million, De Gea’s Manchester United career has been quite fascinating. Upon receiving masses of criticism in his first season, primarily due to his incompetence in handling crosses as a result of his small stature, it seemed De Gea’s United career would be short-lived. But he didn’t give up. He was patient and must have worked tirelessly in order to patch up his weaknesses.

Considering the struggle De Gea went through during the beginning of his Premier League career makes his current reputation even more admirable. Last year, De Gea was Manchester United’s clear player of the season, producing countless performances without which United would never have got into the champions league.

In my opinion, it is De Gea’s incredible ability in the one-on-one situation that makes him so special. In such scenarios, it seems that he is in complete control of the situation; the striker must beat De Gea in order to score, a feat usually requiring a quality finish. The striker is forced to make the first move, not the other way around.

What’s more, it seems after a couple of years of experience, the Spanish ‘keeper has become accustomed to the more physical nature of the Premier League. He is now fully competent when it comes to dealing with the relentless onslaught of balls being pumped into the box, and United no longer doubt that the spaniard can handle the ‘rainy night at Stoke’ scenario. There is also no doubting that De Gea is a world-class goalkeeper – perhaps one of the world’s best.

The Frenchman just about clinches second over De Gea, but as I said previously, it’s very close. There are some great similarities between De Gea and Lloris. They are both experts in one-on-ones; they both produce spectacular, acrobatic saves; and both distribute with their feet naturally. However, there are two things that marginally set Lloris apart.

The first is his ability in handling crosses; he is not only competent, but excels in such situations despite being the smallest ‘keeper in this list (6ft2″). What I love about Lloris is that he will put his name on all types of crosses that most would not expect him to claim. If you talk to any defender, they will tell you how they dream about a ‘keeper who takes responsibility by consistently coming for balls delivered in all areas of the box; completely relieving the pressure.

Another special talent Lloris has is acting as the sweeper for balls put into that awkward space between the box and the defenders, a role Manuel Neuer is also famous for. Lloris is often seen dashing out of his box in order to smash an awkward through-ball into row Z and beyond. No hesitation, no confusion; just action. It is a very difficult thing to master, but has benefits of which should not be under-stated.

Throughout this article I have hinted that I am not one for judging a ‘keepers ability solely on the saves they make, but this save is just ridiculous:

In all, I have never had anything but admiration for Lloris; he is truly one of the best around.

It has to be him – the twenty-three year old Belgian class act – at number one. Following a rather odd situation which saw him out on-loan to Atletico Madrid (where he became European runner-up and La Liga champion), and then brought back to Stamford Bridge in order to replace Petr Cech, Courtois has been an extraordinary player for Chelsea.

The decision as to whether Courtois should have replaced Petr Cech was viewed by many as a tough decision. For me, it was an absolute no-brainer (for obvious reasons, the least of which being the age difference).

Courtois is simply class: world-class, galaxy-class; universe-class – however you want to label him. Yes, he will produce blinding, match-winning, world-class saves, but it is not simply this that makes him qualify for number one on this list. There is literally no aspect of goalkeeping that this guy is not an expert in. He is the complete package.

If each of the ‘keepers on this list were mixed together in to some sort of hybrid, the result would be something similar to Thibaut Courtois.

His confidence between the sticks is tangible, and seems to rub off on his entire team. Chelsea’s comfortable journey to last year’s title had a young Belgian at its base yes, but it wasn’t Eden Hazard. Whilst the young winger was the sweet-tasting fruit, Courtois was the unbreakable trunk holding the whole year together. I don’t care if Chelsea are sixteenth, fifteenth or wherever they are this season (Courtois has barely played due to his injury anyway), it does not even slightly alter my perception of how good this guy is.

Aside from Manuel Neuer, I believe Thibaut Courtois is the best in the world.