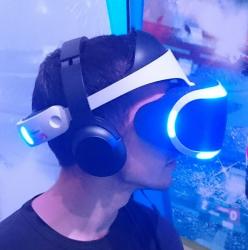 On the 3rd of June, gamers around the world cried, cheered and clenched their way through Fallout 4’s debut trailer, as fallout.bethsoft.com – which had teased a reveal for the prior 24 hours using a countdown clock – finally ran footage captured in-game. Ron Perlman’s familiar narration of the line “war, war never changes”, was a one-sentence welcome home for those of us who braved the Capital Wasteland in 2008’s Fallout 3, and the Mojave in 2010’s Fallout: New Vegas.

With Bethesda Softworks’ E3 press conference happening next Sunday, we can expect to see footage of Doom, the rumoured Dishonored 2, Elder Scrolls Online: Tamriel Unlimited and perhaps a new instalment of Wolfenstein, but everyone is awaiting a hefty Fallout 4 stage demo and release date – expecting Bethesda to repeat a pattern of marketing activity observed with the release of Fallout 3 and Skyrim most recently, in which games are revealed, demoed and released within the year.

But what do we most eagerly await – based on the trailer, and having played Fallout 3 and New Vegas? Here are the top five features of Fallout 4 gamers will be looking out for come E3.

When the day comes, you can watch Bethesda’s E3 showcase at 3AM on June 15th, live on YouTube or Twitch. Or, if as excited as I am, you can watch both at the same time.

What are your hopes and predictions for Fallout 4’s inevitable gameplay reveal at E3? Leave them in the comments below.