TV Shows That Were Cancelled Too Soon 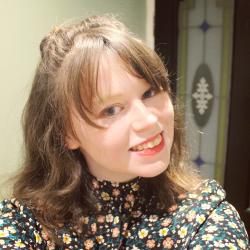 Some TV shows reach a natural conclusion. Their story arc is complete and they end on a satisfying—or sometimes less-so—note. Others, arguably, overstay their welcome. But there is a third kind of show, ones that are cancelled. Their cliff-hangers never get resolved, and they leave us wishing for more.

This past year has had its fair share of cancellations, both unsurprising and outrageous. The uproar on social media surrounding Fox’s cancellation of sitcom Brooklyn Nine-Nine this summer famously led to its revival by NBC a day later. Many shows, however, are not so lucky. Here are just a few shows that were cancelled before people were ready to say goodbye:

What’s a list of TV shows without mentioning Joss Whedon’s 2002 cult classic? This Western set in space starred Nathan Fillion and lasted just three months before it was cancelled by Fox. Despite this, the show had a large fan following, who raised money and created petitions, which ultimately ended in the 2005 film Serenity. Despite the film being created to wrap up the show’s storyline, fans are still vocal today about the unfairness of Firefly’s untimely cancellation.

This NBC show, cancelled earlier this year, seems to be following a similar path to Firefly. Three seasons were made of this time-travelling drama, but the third season finale ended on a cliff-hanger, leaving fans hoping it would get renewed. When it was ultimately cancelled, there were online campaigns calling for it to be saving, eventually leading to a movie announcement to wrap up its story.

This Marvel show, surrounding the post-war life of Captain America character Peggy Carter, was cancelled in 2016, despite its popularity among critics. The show was consistently praised for its strong female lead, yet despite its praise and fan following, its low viewing figures led to its cancellation after two seasons. Despite the large amount of Marvel content available, fans are still calling for an Agent Carter revival two years later.

This fantasy-mystery show about a pie-maker who can bring people back from the dead was praised by both fans and critics. Its originality and quirkiness, both in its storyline and visual style, was loved and it received many awards during its two-season run. However, despite this, the show was cancelled in 2009. While there are rumours of films and Broadway musicals, there is no concrete news on a revival.

When Netflix cancelled this award-winning sci-fi, fans were outraged. The decision was based on its high production budget, with the viewing figures not high enough to justify the cost. However, the anger over its cancellation after two seasons ultimately led to a two-hour finale to resolve the story.

Netflix cancelled this nostalgia-driven comedy-drama after just one season. While its reviews were mixed, its heartfelt storyline and portrayal of LGBT+ teenagers were praised by many, and the show gained a loyal fanbase, many of whom threatened to cancel their Netflix subscription after its cancellation earlier this year. Despite the upset the show’s untimely ending caused, there is yet to be any talk of a revival.