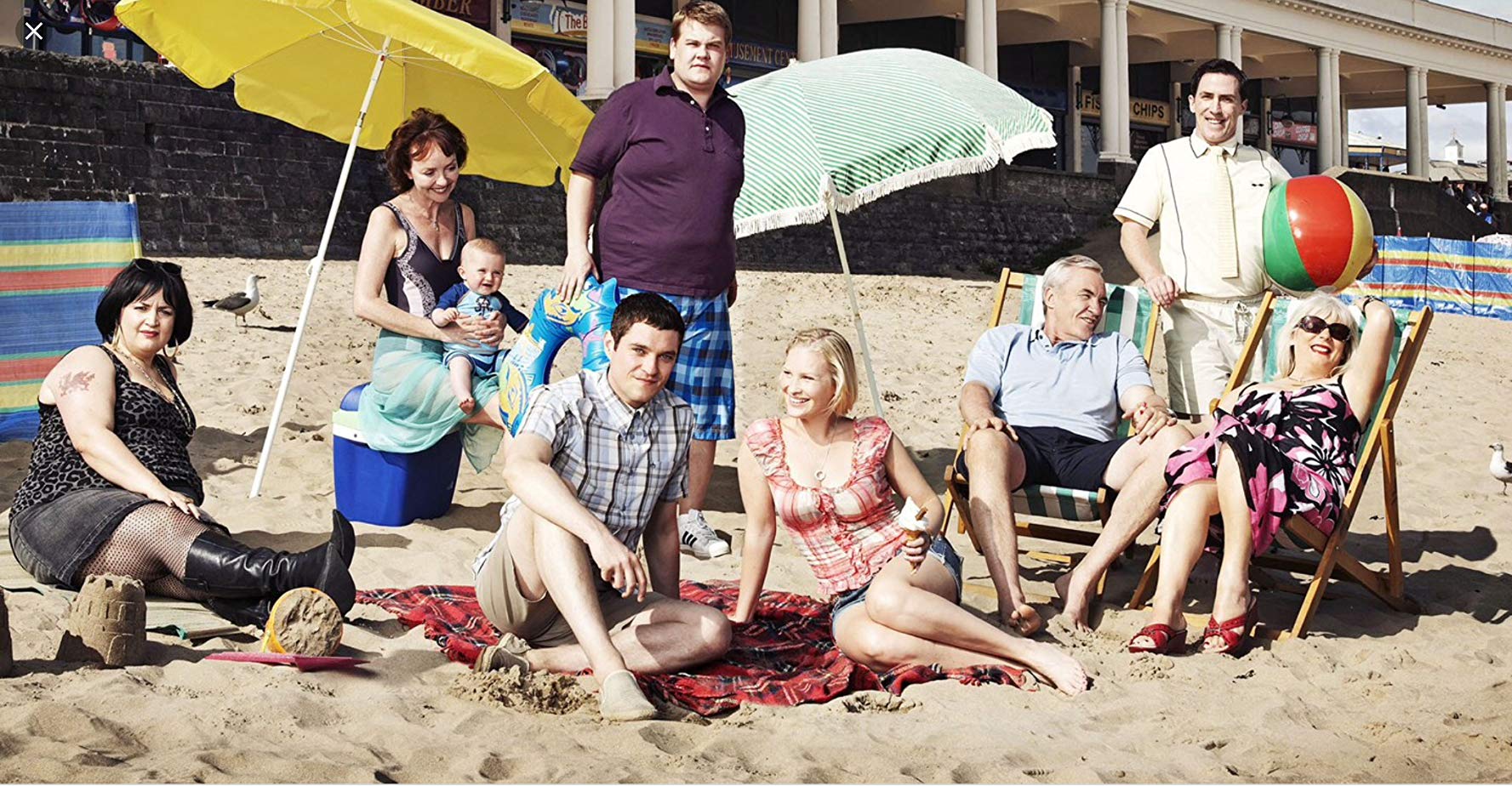 Part of Brooklyn Nine-Nine’s fresh take on the sitcom genre is that it doesn’t resort to endless relationship storylines. As opposed to other TV couples, Jake Peralta and Amy Santiago aren’t trapped in a never-ending cycle of arguments and big romantic gestures.

Although the first seasons played with will-they-won’t-they, the writers committed to the couple by season 3. They’re a sitcom couple perfect for the 2010s: Jewish and Hispanic, the female in a higher authority role and a relationship built on humour. The joy of the relationship comes from their mutual respect and constant support, something that TV desperately needs more of. I think it’s fair to say that this core couple is a major reason why a flood of fan support led to NBC picking up Brooklyn Nine-Nine after it was dropped by Fox.

Pam and Mick,  Gavin and Stacey

Ironically, the title characters fall second to Pam and Mick Shipman as my favourite couple. Pam Shipman is not without her eccentricities: nonsensical diet trends, fake vegetarianism and a protective streak over her son. Throughout this all, Mick still adores her whilst never being afraid to challenge her where necessary.

As TV tends to focus on the early years of relationships, it’s refreshing to see empty nesters that have made it past the seven-year itch. Entering into the twenty-first century, divorce rates were on the rise, but Pam and Mick refuse to fall into the stereotype of older couples as bitter, tired and sexually redundant. Their relationship is healthy and humorous, the two key aspects of any relationship.

Whilst Black Mirror episodes typically consist of technology colliding with the most abominable aspects of human nature, Charlie Brooker subverted expectations with ‘San Junipero’. The episode considers the possibilities of romance within a virtual reality system that allows pensioners to relive their golden years.

‘San Junipero’ provides an intimate portrayal of shifting cultural attitudes towards homosexuality. In Kelly, Yorkie is finally offered a chance to love a vivacious, free-spirited woman. In just an hour, the couple are as compelling as those built up over multiple seasons. Viewers expected an utterly bleak ending, but Brooker treated us to Yorkie and Kelly riding into the sunset together whilst the apt ‘Heaven is a Place on Earth’ rings out.

Due to Friends’ status in pop culture, I expected Ross Geller and Rachel Green to be the paragon of love. Instead, what I witnessed was a teenage infatuation and a relationship that barely lasts a season followed by an endless stream of arguments that became repetitive and boring very quickly.

Although relationships shouldn’t be portrayed as idyllic, Ross and Rachel’s bickering is always entirely self-caused. He frequently disregards her career by becoming envious of her boss. Rachel is equally demanding; writing pages and pages about how he should take responsibility for their break-up. Although ‘We were on a break’ remains hilarious, one must wonder how Ross and Rachel could raise children together if they’re stuck in the same squabble from eight seasons prior. Whilst Monica and Chandler always seem to respect each other and their life choices, the same can’t be said for Ross and Rachel, both when they are together and when they are apart.

No matter how much Pretty Little Liars tried to romanticise it, Ezra Fitz was Aria Montgomery’s teacher and their relationship will always remain wrong. There is nothing romantic about a grown man abusing his levels of authority to flirt with a sixteen-year-old.

Pretty Little Liars attempted to make ‘Ezria’ endearing, however, it was not endearing when Aria, a student, unbuttoned her top to show a tie labelled ‘Wear Me!’ whilst her teacher is leading detention. One can’t help but side with A, their anonymous tormenter, as she attempts to expose the relationship. The overriding abuse of power that underlay  Ezra and Aria’s relationship lands them in some of the most toxic TV couples, especially when considering the show’s young viewership.

Will and Emma, Glee

It’s remarkable that any of the students’ relationships were healthy if they were learning from their teacher, Will Schuester. Will chases after Emma Pillsbury, the school counsellor suffering from severe OCD, and fails to accept her restraints. Despite his pregnant wife, Will sabotages his relationship, rarely considering who will be impacted.

Will’s poor behaviour skyrockets in season two when Emma begins dating Carl Howell and becomes a carefree version of her former self. Although she is finally escaping the confinements of her mental disorder, Will sabotages this by tricking her into performing with him shirtless. Even when they are in a relationship, Will continues to pressure her into sex and marriage, which she literally runs away from the first time. Although they may seem happy, the basis of them coming together is incredibly problematic.