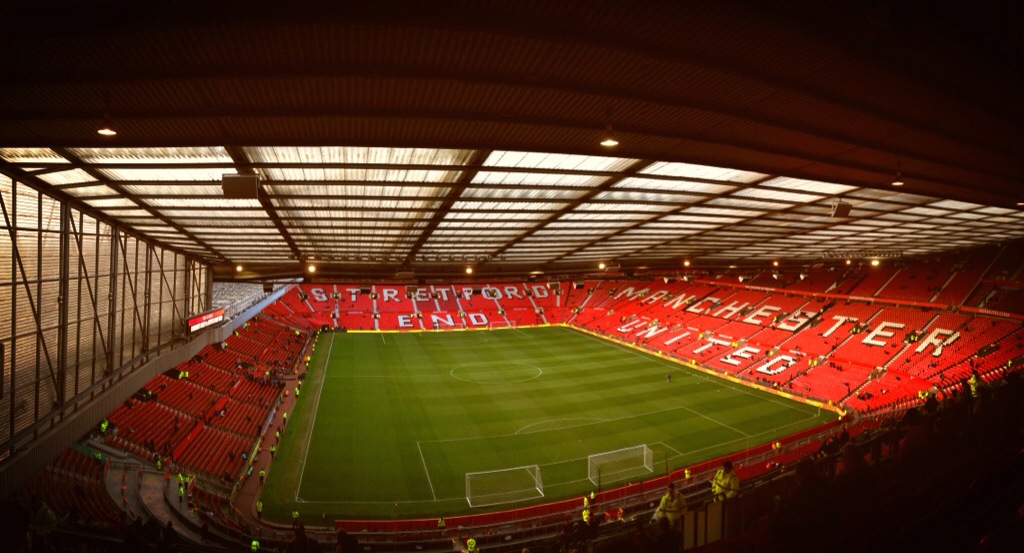 Ole’s at the Wheel: Are United’s Fortunes Changing for the Better?

After a turbulent campaign, Jack Wooldridge believes that Manchester United were heading in the right direction before the coronavirus pandemic stopped play

Written by Jack Wooldridge
Published at 13:00 on 5 May 2020
Images by Stacey MacNaught

Since his appointment as full-time boss, Ole Gunnar Solksjaer has had a mixed start to life in the Old Trafford hot seat with questions raised over his managerial credentials during his short tenure. There are, however, signs that the club has turned a corner under his stewardship in recent months.

Manchester United’s 2019/20 campaign could not have begun any better with a 4-0 win over Chelsea on the opening day. However, since then, inconsistency has been their main problem this season, with wins over Leicester, Manchester City and Tottenham and losses against the likes of Bournemouth, Newcastle and West Ham.

Since their shock 2-0 defeat to Burnley in late January, things have started to look very good for the Red Devils. Man United are on an eleven-match unbeaten run in all competitions, defeating Chelsea and Manchester City along the way.

Manchester United’s improved recruitment is reaping rewards. Aaron Wan-Bissaka and Harry Maguire have unquestionably strengthened the back four and have been mainstays in the United team under Solksjaer. Maguire has formed a formidable partnership with Victor Lindelöf, and the team has also been bolstered by the return of Eric Bailly. Solksjaer will be delighted that his side have managed to keep nine clean sheets in the last eleven games.

The capture of Bruno Fernandes from Sporting Lisbon in January has been a game-changing piece of business for the Red Devils. The Portuguese attacking midfielder has brought some much-needed creativity and flair to Solksjaer’s attack. Fernandes has three goals and four assists in his first nine appearances in a Manchester United shirt, winning the Premier League and PFA Player of the Month for February. The loan signing of Odion Ighalo, formerly of Watford, surprised many, but the Nigerian has silenced his critics with some promising cameo appearances.

Whilst the new signings have contributed nicely to United’s upturn in form, the same can be said of players that have underperformed in the past. A rejuvenated Fred looks a completely different player to the one that featured under Jose Mourinho. As well as displaying his ball-winning capabilities, Fred has finally begun demonstrating his creative side and is looking very good value for the money spent on him two years ago. Nemanja Matic is arguably playing his best football in a Man United shirt, whilst Luke Shaw is putting together a run of good performances that could result in future England call-up from manager Gareth Southgate.

Solksjaer’s faith in playing young players has also been refreshing for the supporters. Scott McTominay has developed significantly as a player this season and his recent return from injury will be welcomed by Solksjaer and the supporters. Brandon Williams and Mason Greenwood have both been shining lights in what has been a mixed season for the Reds.

Whilst strong individual performances have helped United on the pitch, Man United have improved tactically under Solksjaer. The Norwegian has switched between his preferred 4-2-3-1 and a 5-3-2 formation. The 4-2-3-1 has predominantly been used against weaker sides where United have looked to play with added width and have relied on creative players, like Bruno Fernandes and Juan Mata, to play between the lines in order to break teams down – which had been a recurring problem for United earlier on this season.

The more conservative 5-3-2 formation has been used to counter the attacking threats of teams such as Chelsea and Manchester City, relying on United’s ability to play sharp and incisive counter-attacking football.

Alongside a flexible tactical approach, Solksjaer has installed a strong work ethic into his team, with greater intensity to Man United’s play since January.

At the moment, it is unclear whether the football season will continue with the outbreak of COVID-19 across the country. If the season is completed, the aim for United will be to compete in the cup competitions and push for a Champions League spot. There are still areas in which they can improve, but if things continue the way they are, Manchester United could easily see the return of Champions League football to ‘The Theatre of Dreams’ in the distant future.

Editor’s note: This article was first published in Redbrick issue 1517 on 20th March, before the Premier League season paused to prevent the spread of coronavirus.