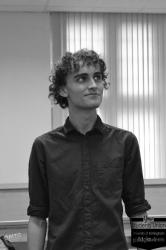 Located behind Gisbert Kapp and off Edgbaston Park Road between main campus and the Vale, the multi-million pound hotel will enable UoB to host international academic conferences that have previously been held off site in central Birmingham. Purpose-built rooms will be able to be configured to seat between 20 and 200 delegates.

It is hoped that the hotel and conference centre will also be used as a wedding venue.

The new development will make use of Hornton Grange and the Grade II* listed Garth House, both of which have been restored for additional conference space. Described by UoB as a ‘distinctive, sophisticated and tranquil place to meet and stay’, the centre will also feature free WiFi across the site, the latest audiovisual technology for meeting rooms and a spacious restaurant and bar.

Richard Metcalfe, formerly a hotelier for Holiday Inn and Hilton Hotels, has been appointed general manager of the site, commenting, ‘You couldn’t dream of a better location. Birmingham is already a brilliant destination; vibrant culture, big sporting venues, great for families – and of course an incredible academic reputation.

‘This multi-million pound investment means conference and visitor accommodation that really matches up to the prestige and personality of a world-class university’.

Nevertheless, a second year English student told Redbrick, ‘I understand that the university has to make its money somewhere, but opening a hotel really makes it look like UoB is being run as a business instead of a higher education institution. Surely university management could invest more of its funds into the struggling mental health services instead of on vanity projects like this’.

At Vice Chancellor Question Time on the 25th January, however, Professor Sir David Eastwood said that the new facility was not funded by students’ tuition fees and will be run at no cost to other university services, such as mental health support.