James Cox, chair of the Liberal Democrat society at UoB, saw the general election announcement for the 8th June differently to most students. He saw it as an opportunity to run to be an MP 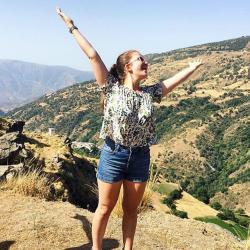 When asked why he was running to be a MP, Cox stated that his decision was inspired by the referendum result that left him so ‘upset and demoralised by the whole thing that I can’t let that deter me from the country that I want. Nobody is going to be able to best articulate that vision than myself. So, I thought I’d give it a go’.

After going for selection in the West Midlands as a region, the local party got in touch with him and asked him to stand for North Warwickshire seeing the ‘difference we can make potentially in this election’.

North Warwickshire as a constituency has gone to the Conservatives in the last two elections and Labour in the two before that, so I asked him if he was worried about that. He stated that ‘while it is obviously daunting to only start on 2% after the last election with such a large Conservative and Labour dominance in that area, we have got some really great activists. I can really sense change in the air when I speak to people in the community.

‘I have been taking on Labour and the Tories all my life, ever since I have been involved in politics. So it kind of felt like the next step to take them on, on one of their seats where they completely dismissed the Liberal Democrats, and, who knows, maybe there can be a shock’.

The leader of the Liberal Democrats, Tim Farron, is someone who has not received a huge amount of media coverage and despite voting for his competitor in the Liberal Democrat leadership election, Cox states that since the Brexit vote, ‘he has been an absolutely brilliant leader’.

In Cox’s opinion, Farron has been ‘excellent at channeling that passion that so many of us still have about our place in the European Union’.

One of the points that Farron is going into this election with most strongly, which has been met with the most concern, is that he will not lead the Liberal Democrats into another coalition with either Labour or the Conservatives. Cox’s opinion of this is that it is ‘absolutely the right policy for this election’.

‘Every vote for the Liberal Democrats is not going to be a vote to prop up Labour or the Conservatives, it is a vote for the Liberal Democrats. I think that sends a really strong message about our ambition as a party. Although we are of nine seats currently, we are incredibly ambitious in what we can achieve in this election and going into the next one. We have to go for it’.

The last election left the Liberal Democrats with only nine seats in parliament, despite doing remarkably well in the previous two elections. Was 2015 only an anomaly?

Cox told Redbrick, ‘2015 was heartbreaking to watch the results come in. I thought we had done so much good with same sex marriages and raising personal tax allowances. The policies and the issues that got me involved in the first place. To get all that through and be so brutally punished at the polls was heartbreaking. But I think a year later, everything has changed, the table has been upturned and whilst we are getting the pieces back together, I think it is the perfect opportunity for us to decide on a new way’.

Another of Farron’s main policies is that the Liberal Democrats are the anti-Brexit party, compared to the ‘hard Brexit’ being pursued by May and Corbyn. There have been criticisms as to whether this is achievable considering the finality of the vote last summer. Cox believes that it is.

‘This whole thing when Theresa May came out and said, quite demonically, “there is no turning back”. Well of course there is, we live in a democracy, we live in a country where everybody is given the right, if they don’t see a policy working, to change their mind.

‘We have got half the country that didn’t want any Brexit at all and the other half that couldn’t decide what type of Brexit they wanted during the campaign, let alone now. I think the idea that we are signed up, written in blood, that we have to leave the European Union in two years time whether we get a rubbish deal or no deal, that no matter what, no matter what the British people want, is a nonsense.

‘People that say oh well its anti-democratic, it’s not. It’s democracy in its purest form, you have a vote, you pursue a policy and if the policy is not working you have the right to say “I want to change my mind”.

One of the reasons that the Liberal Democrats received so many votes in the 2010 elections was that they promised not to put up university fees, something that in coalition with the Conservatives they went back on, pushing fees up to £9,000 per year. After such a ‘betrayal’ as many have seen it as, Redbrick asked James Cox why students should trust the Liberal Democrats now.

‘I think the passing of time and the fact that more issues have become a bit more pressing, like our place in the world and our relationship with the European Union, has made people think well actually the Liberal Democrats aren’t that bad and weren’t that bad in coalition, we gave them unfair flack and they are fighting for the kind of future that we want.

‘I mean 72% of 18-24 year olds voted to stay in the European Union. That is a massive majority of people who the government are saying “we know you voted for your future in a different way but we are not going to give any kind of concession to that, we don’t care, we’re not going to do it”’.

On the issue of trust, Cox stated, ‘I think trust is very difficult to build and you can lose it in a single day, particularly in politics as I think there is a mass distrust of politicians, which is why you get people like Donald Trump ending up in the White House.

‘But I think a lot of people are thinking, the Liberal Democrats stand strong for Europe, they stand strongly on mental health, they stand strongly on more opportunities in education, they stand stronger on looking out and being a more open and tolerant society and they are more aligned with me and I think it would be a huge shame that if, because of the tuition fees, students who believe in our policies and believe in vision for Britain and for Europe, it would be a huge shame if they said because of tuition fees they couldn’t do it. But I understand and respect that for some students it’s a key part, but I hope it is time for justice again’.

So, what is the future looking like for the Liberal Democrats in Cox’s view? Cox is critical of Labour as the opposition and believes it is time for the Liberal Democrats to take over this position as ‘if you look at the current state of the opposition, when [voters] look at Jeremy Corbyn they don’t see a Prime Minister in waiting, when they look at the Labour front bench, they do not see a government in waiting. They barely see an opposition.

‘The Liberal Democrats and our ambition as Tim Farron expressed at our party conference, is to replace Labour as the opposition in this country, so that we can replace the Conservatives as the government. I think Labour are dead in the water, even if they went down to 140 or 150 seats, Corbyn is not going to leave.

Whether or not Cox is right in the ability of the Liberal Democrats to be able to replace Labour as the opposition, what is clear is that this is an election that is difficult to predict and that anything could happen. The outcome of which will affect this country for years to come.