A Vegetarian’s Guide to Budapest

Food writer, Heather Langdale has written a handy guide to the best veggie and vegan restaurants in Budapest. 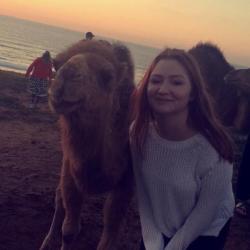 Meat free diets are becoming increasingly popular amongst young people. With restaurant chains such as Handmade Burger Company promoting Veganuary, Jamie Oliver’s 2015 promise to eat veggie three times a week, Meat-Free Mondays gathering momentum on social media and certain independent restaurants, and Quorn’s recent use of athletes to endorse the health benefits of its products, animal-friendly food has never been so appealing – or so popular. There has never been a better time to go veggie.

Vegetarianism doesn’t have to stop as soon as you leave the UK. Everyone looks forward to some holiday indulging and veggies are no different. Fear not! You won’t be resigned to a fortnight of salads or tomato pasta. Asia is known for being vegetarian and vegan friendly; Thailand and India have some of the best vegan hotspots in the world. But Europe is also catching up in terms of veggie and vegan eateries, and if you’re heading to Budapest this year, this guide is for you. Let’s take a look at some of the best vegetarian meals in Hungary’s capital.

This basement gem is situated just a few minutes from Budapest’s House of Terror museum, making it the perfect spot for dinner after a touristy afternoon. It’s entirely vegan and offers some traditional local dishes that tourists often miss out on if they are of a dairy and egg-free disposition. We had the seitan stew with nokedli dumplings and the Hawaiian burger and couldn’t fault either but the pièce de résistance of this place is the layered pancake. Thought vegan desserts were dry and boring? Think again. This is a stack of pancakes, each layer cemented to the next with chocolate sauce and smothered in it too, then cut into a slice just like a cake. I’m still dreaming of it now.

Budapest is rife with this chain’s restaurants, and it’s easy to see why. Not everything is vegetarian or vegan but as you can imagine it’s extremely easy to find meat-free options to your liking. The menus range from sandwiches and soups to salads and main dishes, with all manner of ingredients accompanying the humble hummus. For anyone looking for their next business venture, I think a Birmingham hummus bar is for you.

This is a raw food café so everything is vegetarian by nature, and they claim to be vegan except for honey in some recipes. It’s a quirky, cosy little café like many places in Budapest, and their staff are very welcoming and helpful. I had the raspberry cheesecake which had an interesting, unexpected texture that admittedly took a few spoonfuls to get used to but then I couldn’t get enough.

This restaurant is situated in a really convenient location in the centre of town and also offers free wifi, making it the perfect stop for tourists. It has a very affordable daily menu; so affordable in fact that most days it sells out due to its popularity with locals. They serve meat, but we had no trouble at all finding good vegetarian and vegan options. I went for the spicy breaded riceballs twice (why fix it if it ain’t broke?) which were far more interesting than the simplicity of them might suggest. Don’t expect superb service or an elaborate gourmet menu here, but when the prices are so good, how can you complain?

Another vegan restaurant, Napfenyes also caters for a variety of other diets, including raw and paleo which seem to have taken this part of Europe by storm. Pizzas are their speciality and they have a lot of toppings to choose from so there’s no need to stick to the classic vegetable option. If pizza’s not your thing, try the seitan kiev, fried Asian rice noodles, or stuffed rice paper rolls, or the zucchini spaghetti bolognese for a fresh option on a warmer day. This place also has a daily menu with four different choices every single day, and a pastry bar for eat-in or takeaway desserts. It’s located just off the Elizabeth Bridge, so it’s perfect for a post-river-stroll feast.