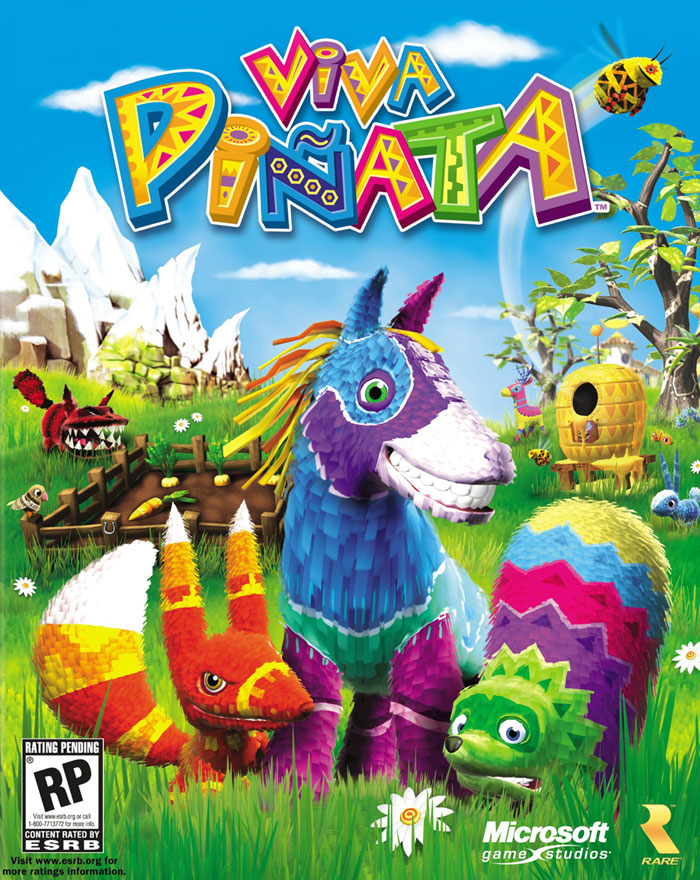 Sam Nason
Section Editor for Redbrick Gaming - currently replaying the underrated gem that is DuckTales Remastered
Published at 07:00 on 8 July 2019
Images by IGDB

The concept of Viva Piñata is one as vibrant and wholesome as the in-game piñatas themselves. A first-person life simulation game released for the XBOX 360 all the way back in 2006, there is still an enormous amount to love about this often-overlooked journey to Piñata Island.

The game sees you take control of a now-derelict garden on the island, once home to a mixture of colourful and cheeky piñata animals. As its new owner, it’s up to you to garden, landscape, decorate and care for your new piñata friends in order to return the plot to its former glory. As you progress through the game you’ll earn new tools and upgrades to create habitats for a wider range of piñatas, digging ponds, and growing plants to attract them and, eventually, convince them to stay.

It’s surprising just how well this colourful computer game has aged, 13-years after its initial release. One of the first things to note is its absolutely stunning visual presentation, looking almost like an interactive 3D cartoon. Animals were chosen to be piñata in order to conform to a certain visual style and their vibrant colours perpetuate the beautiful look of the game, even all these years on. These visuals are very easy to get lost in and simply admire – the images in this article will be an example of that!

Also of admiration is the tranquil soundtrack composed by Rare veteran, Grant Kirkhope, responsible for the unforgettable tunes of Banjo-Kazooie and its sequel among other games. Viva Piñata’s tone is perfectly set by the light sounds and twinkles of its orchestral music – I have actually found myself listening to it while I study, it is that relaxing. As weather patterns change and different events occur, Kirkhope’s music provides the perfect underscore for your piñata-gardening antics.

While ‘piñata-gardening’ may not sound like the most exciting ‘noun-verb’ combination, Viva Piñata subverts this, and then some. As each piñata begins to roam outside your garden, there is an immense satisfaction in fulfilling the requirements needed for them to become residents, terraforming and customising your garden in the process. The sheer abundance of piñata – 60 to collect – proves hugely addictive and inspires players to keep finding one more – and another after that, and another after that!

On the surface it sounds simplistic, but the game actually has a surprising strategic element to it. With all the tools at your disposal, it’s up to you to maximise the accessibility of your garden in order to attract that piñata that require specific things to live there. Balancing different terrains like dirt, tall grass and pond water proves tricky if you fail to plan ahead.

By extension, a number of decisions and compromises must be made in one’s pursuit to collect all 60 piñatas. For example, some are classed as ‘piñatavores,’ meaning they must eat other piñata in order to become tame and live in your garden. Players must, then, consider what they are willing to sacrifice for certain other piñata, or decide how they will fend off predators to keep their garden flourishing. The malleability of the garden is wonderful and allows players to work on a picturesque haven for their creatures however they see fit.

One final note about the game is how bewitchingly relaxing it is. As mentioned before, the score is sublime, but often I have become engrossed in the game’s art style and surroundings to the point where it becomes fun to observe if you find yourself needing a rest from the gameplay. The music, vibrancy, and wholesome nature of the title makes playing it a euphoric experience.

Available on the XBOX Game Pass or in 2015’s Rare Replay, Viva Piñata has never been more accessible and promises a grand experience for all ages. Replaying this game made me fall back in love with its charm and uniqueness. Its sequel Trouble in Paradise was released in 2008, but it is rather sad that there has never been a further extension of the franchise – but it remains clear that the original XBOX games are still the fantastic unwinding experiences I remember them being.