This week saw the release of three sequel trailers, taking us from magic to dystopian fiction… and back into the world of modelling. 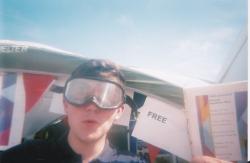 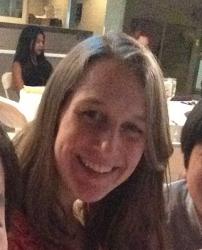 Here it is, the middle of November, but Christmas has come early…with the release of the trailer for Zoolander 2! Ben Stiller and Owen Wilson are back as Derek Zoolander and Hansel, who travel to Europe to infiltrate the world of high fashion with Interpol, in order to save the world’s most beautiful people from assassination. Among them we glimpse Justin ‘Karate Kid’ Bieber, uttering his last words – “peace out, world” – and giving the world one final Blue Steel (proving that alongside his surprisingly good recent singles, he does a great cameo too). New faces are Penélope Cruz, an agent for Interpol, an almost unrecognisable Kristen Wiig as an evil high fashion designer, and Derek Zoolander Jr. As fans of the original will be pleased to find out, Will Ferrell is back as Mugatu, freshly released from jail and desperate for his latte.

In reality, forget the film, forget Bieber, you should watch this trailer to see Benedict Cumberbatch play a gender fluid model with a distinct lack of eyebrows.

Zoolander 2 is out on February 12th.  The trailer can’t paint a true picture of what is to come (it’s got to be at least 3 times this long), but at the moment it is really, really, ridiculously good-looking.

The first teaser trailer for Now You See Me 2 was released this week and it looks set to continue in the spirit of the first installment. The sequel sees the Four Horsemen reunite for another high-stakes heist; Woody Harrelson, Jesse Eisenberg, and Dave Franco return, with Lizzy Caplan as new member Lula, replacing Isla Fisher and Mark Ruffalo, Michael Caine and Morgan Freeman also make their reappearances. Refreshingly, the trailer gives little hint of the plot. Rather, it focuses on the returning cast and striking visuals, all set to Freeman’s recognisable narration. However, the best is saved for last with the appearance of Harry Potter star Daniel Radcliffe returning to his magical roots. He seems to play a hapless magician, but is this all just an illusion? It’s unclear so far. Ed Solomon returns to co-write the sequel with Pete Chiarelli, but Jon Chu takes over as director from John Leterrier. Chu has previously directed G.I. Joe: Retaliation and Justin Bieber: Never Say Never; in my view, all questionable choices. All I can hope for is that he brings his a-game, and that the film is as witty and fast-paced as the first. Now You See Me 2 is scheduled to hit theatres June 10, 2016.

Hollywood have done it again. Another book series with a two-part ending. Why must they butcher every book series, and divide the finale to make money at the expense of quality? There are few times when division is acceptable (Harry Potter) but Allegiant: Part 1 is not one of them. The Divergent series certainly lives up to its name, diverging from the books to create wildly inaccurate and CinemaSin worthy cinematic scenes, and Allegiant: Part 1 is set to keep with the trend. With the trailer already giving away its wild ‘divergence’ from the source material, this is not a film worth seeing unless you’re enamoured by Shailene Woodley.