Two West Midland MEPs answered questions on post-Brexit Britain at a political debate at the Library of Birmingham. These included EU research grants, student exchange programs and the status of EU citizens in the UK. 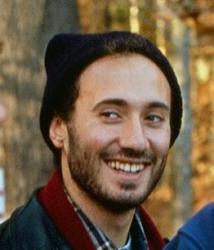 The event, which was organised by the European Parliament Information Office in the UK, is part of a series of events called ‘Meet your MEPs: What kind of Brexit do you want?’, and was moderated by BBC Wales presenter Jamie Owen.

One of the greatest concerns raised by audience members was the impact it would have on universities. Jessica Neumann who works in the International Office at Aston University said that the government’s response regarding the future of the Erasmus scheme so far has been ‘radio silence’. When asked whether the referendum has had an impact on student engagement, she noted there have been questions from students regarding potential mobility, and it had been difficult to respond due to lack of information.

Labour MEP Neena Gill noted that the government has confirmed that students up until the 2017 intake will be covered for the duration of their course. Nevertheless, she agreed that there is a prevalent sense of uncertainty for universities, much like other sectors, and highlighted the impact that this has been reported to have had already.

Staying on the subject of universities, another audience member shared his worry that we are ‘shooting ourselves in the foot’ with regards to research as uncertainty remains over funding. He claimed that a lot of funding for research in the UK comes from EU grants and doesn’t believe that these grants will be replaced by the government.

Sympathising with the gravity of the issue, UKIP MEP James Carver said that the money that will be saved by the cessation of UK contributions to the EU will allow the government to spend more money than they currently do on research. When confronted with doubt over his claim, he responded by saying, ‘Mark my words, this will be a big issue.’

One audience member, a French national who teaches a politics class at Aston University, highlighted her uncertainty over the future of EU citizens who have been living and working in the UK for several years. She also shared her experience of a personal incident that occurred whilst at her other part time employment immediately after the Brexit vote in which a customer asked her, ‘Have you packed your bags yet?’

Another EU citizen in the audience, this time a Portuguese postgraduate student, expressed concerns over being treated as a second class citizen. She worries that EU citizens might not be granted equal access to public resources like the NHS given the anti-immigrant rhetoric during the referendum campaign often focusing on the drain on resources.

On a similar note, another audience member raised the point that as a EU citizen with only Polish nationality, he was not allowed to vote on the future of his children who have grown up in the UK. He said that he felt part of British society and didn’t want to be alienated.

Reporting on behalf of Redbrick, I asked the MEPs what can be done to ensure that young people’s views and concerns will be considered during the Brexit process given reports that 75% of voters aged 24 and under voted to remain in the EU. Labour MEP Neena Gill acknowledged that it would be young people who will feel the impact of Brexit the most, and said that there needs to be a campaign around remaining in the single market to ensure the best opportunities will be available in the future.

Meanwhile, UKIP MEP James Carver said that young people need to engage with government institutions and step away from party politics to get their voices heard. He claimed that he was encouraged by the high levels of engagement by young people in inner cities during the referendum campaign, and reminded the audience that many young people also voted to leave.

Speaking to Redbrick after the event, one audience member shared her involvement in a youth movement called ‘Undivided’ that has recently picked up national media interest. Undivided is a youth group which came together in the wake of the EU Referendum to fight for young people to get the best deal in post-Brexit Britain.
The group is formed of members from different backgrounds including both Leave and Remain voters as well as those under 18 who were not able to vote. They claim to be united by ‘the desire to fight for young people’s interests in all Brexit negotiations and ensure positive change.’ For more information on Undivided, you can follow them on social media or visit their website: https://www.weareundivided.co.uk/