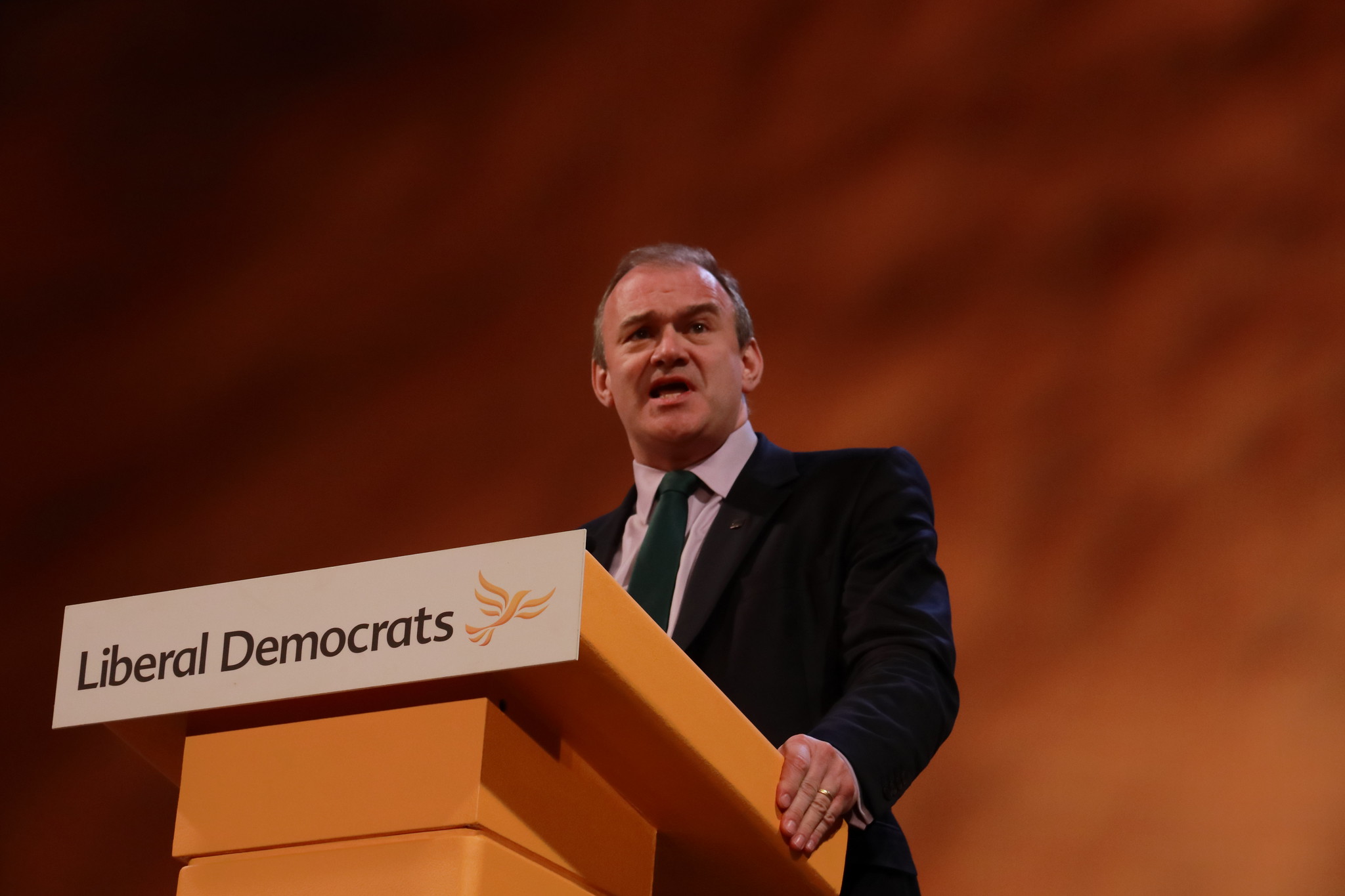 Where Have the Liberal Democrats Gone?

Culture Editor Emily Gulbis discusses the disappearance of the Liberal Democrats in the public sphere, analysing why the party has recently garnered little attention and support

In the past five years, the Liberal Democrats have been led by five different leaders: Nick Clegg, Tim Farron, Vince Cable, Jo Swinson, and the current acting-leader Ed Davey. The reason for this turbulent period of leadership, not dissimilar to recent struggles in the Conservative party, is seemingly due to a desperate effort to ensure the Lib Dem party survives.

In the run-up to the 2019 general election, Liberal Democrat membership increased to 106,075. A sizable rise by comparison with 2012, when there were only 42,501 members. So, why have the Liberal Democrats since disappeared from the public sphere?

The 2019 election interestingly showed a change in the demographic of Labour voters. Traditionally the party of the working class, Labour now receive much of their support from the middle class, who seem to regard supporting the party as a vote for progressive values. Shockingly, many working-class voters in the 2019 election shifted to the Conservatives arguably due to their firm stance to ‘get Brexit done.’ These seismic shifts in party support could open a way for the Liberal Democrats to emerge as the moderate option filling the gap between Labour and the Conservatives.

However, recent figures instead show a continual drain in Lib Dem support. Ten years ago the party had 57 MPs, yet this has now dwindled to 11. A further set back is the appointment of Keir Starmer to lead the Labour party. His centre-left views have already taken votes from the Lib Dems. Recent polls show their popularity shrinking from 12% in 2019 to 8%.

The Liberal Democrats have a long history, forming back in 1859, the Conservatives having been established only 24 years earlier. Before this, the two parties were recognised as the Whigs opposing the Tories in the two parliamentary government system. It was not until 1900 that Labour emerged as a third leading party.

However, what was once the biggest opposition to the Conservatives is now dwindling in support. There are several reasons that explain why the Liberal Democrats no longer represent a strong and cohesive party.

Firstly, is their reputation as being the party of a coalition, propping up the Conservative party and sacrificing their core values in the process. Many see the policies implemented during the recent coalition, lasting from 2010 to 2015, as a betrayal of Liberal Democrat values, particularly since the Conservative austerity program seemingly made any social reform next to impossible. Especially damning was Clegg’s handling of university education, as tuition fees rose despite the Lib Dem’s promise in its 2010 manifesto to reject any increase. This betrayal of trust lost the party many votes, particularly among students who were a substantial support basis for the Liberal Democrats.

Although the coalition brought about some liberal policies promised in their manifesto such as an increase in state pension, a rise in the income tax threshold, and increasing the apprenticeship program, this was not enough to redeem them.

Despite the party experiencing some success with people signing up in 2019, this could be attributed as a protest vote rather than a political vote. Ultimately this did not yield electoral success as many members seemed to defer to the Labour party, seeing it as the best option for a left-wing election win. Lib Dem’s agenda to be the party of no Brexit was not effective enough: like the Brexit party in some ways, the extremity of the issue and their lack of other strong social reforms caused voters to turn to either Labour or the Green party.

Arguably, the party has lost its charismatic leaders like Paddy Ashdown, who was unafraid to oppose the government. For example, Ashdown angrily opposed Thatcher after she banned workers from GCHQ from joining a trade union. Taking a firm stance is something that we have seen the Lib Dems attempt again, but to little effect, with their promise to remain in the EU in 2019.  Although Nick Clegg was a popular leader, following his resignation the party still has not found a leader that can appeal to the public. A faultless leader is hard to come by, for instance recent leaders such as Tim Farron was stigmatised because of his Evangelical Christian views, while Vince Cable was viewed as too old, and Jo Swinson was tarnished by her record of supporting centre-right policies.

I believe the only way for the Liberal Democrats to survive is with the appointment of a strong, well-spoken leader. Currently, there are two MPs vying for leadership of the party: Ed Davey and Layla Moran.

Davey, who has had the experience of acting as the Lib Dem leader since 2019, is the favourite to win. His actions in recent months show him demanding more accountability from the Conservatives. For example, he has called for a public inquiry into the government’s handling of the coronavirus. He also hopes to invest £150 billion in green developments and universal basic income which is certain to appeal to many on the left.

Moran, who joined the party in 2004, won a historic victory for Lib Dems in the Oxford West and Abingdon constituency, taking the swing seat from the Conservatives by 15%. In addition, she became the first female Lib Dem from an ethnic minority background. Impressively, Moran, unlike many in her party, was re-elected in 2019, and in fact, her majority increased by 943 voters. Clearly, she could make a very promising candidate for a Liberal Democrat success in the 2024 election.

This might be the ideal opportunity for someone who is able to offer a new style of leadership to their predecessors in the party. Moran leans towards the left and is particularly vocal in her demands for fairer school funding, which could be a refreshing change from more centrist policies of the Lib Dems. Voters have from the 30 July to 26 August to choose their leader. This leadership election, although not necessarily widely known about, could prove more important than we think. Not only could it affect the chances of Labour and the Conservatives in 2024, but it could also spark the revival of or the final demise of the Liberal Democrats.

Trans Rights Under Fire: Is Progress a Threat to Boris Johnson and Donald Trump?

The Sacking of Rebecca Long-Bailey: Starmer is Serious About Tackling Antisemitism, Clearly Many on The Left Are Not

Are Cabinet Ministers Out of Touch?