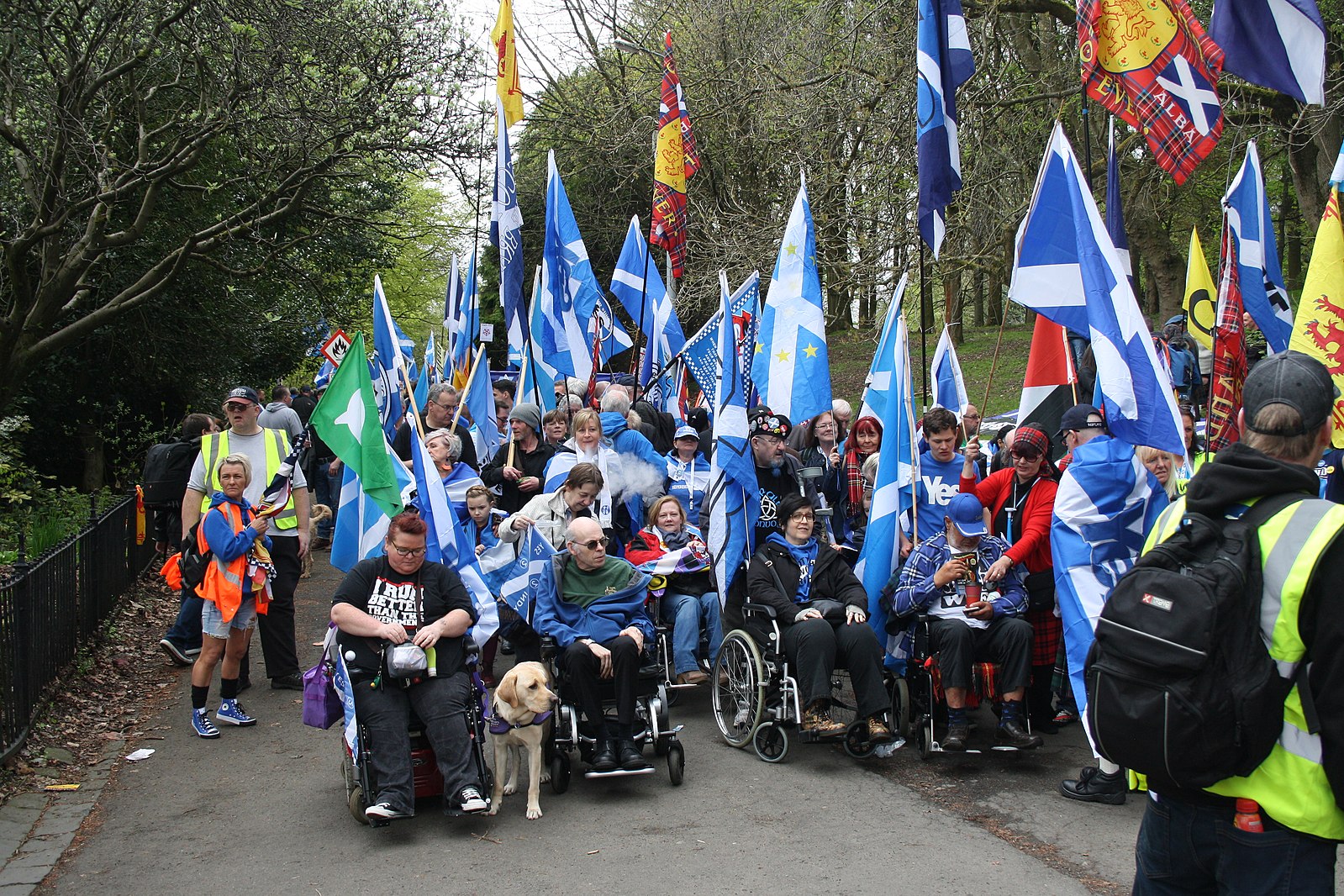 Would Vote Yes Bring Success? The Scottish Campaign for Independence

Culture Editor Emily Gulbis considers the issue of Scottish Independence in the light of Brexit and the treatment of Scottish Government by Westminster, arguing that it would be a positive move

Written by Emily Gulbis
Third Year English Student and Editor for Redbrick Culture
Published at 10:30 on 9 September 2020
Images by Azerifactory

Nicola Sturgeon, fed up with having to accept Westminster’s slapdash policies, has revealed to MSPs at Holyrood her plans for a draft bill to offer a second independence referendum, which will be published before the next Scottish elections in May. Another referendum could prove hard to achieve, as Boris Johnson has already refused consent to a second vote. However, if the SNP win a sweeping majority in May, with the promise of a second referendum at the campaign’s forefront, Sturgeon would have a strong case for demanding a second referendum.

Currently, Scotland has its own devolved government which is responsible for the economy, education, health, justice, rural affairs, housing, environment, equal opportunities, consumer advice, transport and taxation. However, certain powers still reside with Westminster, such as immigration, the constitution, foreign policy and defence. Here, a Conservative Government has powers to implement policies that may not be and arguably are often not in the best interests of Scotland. However, the Scottish Government works to try to modify these policies. For example, although Westminster controls income tax, the Scottish government, in the Scotland 2016 Act, set their own tax band to increase taxes slightly for top earners and reduce it for the poorer.

The last Independence Referendum in 2014 saw 55% of Scots voting ‘No’ to leaving the UK, against 45% for ‘Yes’. This definite vote for remaining seemed to rule out the possibility of another vote for some time. However, after Vote Leave narrowly won the EU referendum in 2016 by 51.9%, Scotland faced a future outside the EU, a decision only 38% of Scots had voted for. This left 62% of Scots staggered that their majority vote in Scotland to remain would not be represented. This is yet another example of Westminster disregarding the interests of Scotland. Making this more outrageous is that in 2014 David Cameron promised: ‘The will of the people of Scotland for economic and political change has been heard and we will deliver’. Yet two years later, Scotland was ignored in the EU Referendum.

If the UK ends up with a no deal Brexit, which seems very probable, the Scottish Government fears the GDP in Scotland could be 1.1% lower by 2022, causing a loss of up to £3 billion over these next two years. Understandably the SNP demand independence from the UK government so that they can try to re-enter the EU to soften the economic downfall this shambolic Brexit would cause.

Another damaging policy for Scotland is the UK Government’s ‘Internal Market’ legislation, published in July 2020, which says there should be no trade restrictions within the UK after the transition period. A particularly worrying part of the report is the ‘mutual recognition system’, which removes Scotland’s right to reject food goods, if they have been labelled as acceptable by England, Wales or Northern Ireland: ‘If a good produced in Scotland, and adhering to the Scottish labelling regulations, can be placed on the Scottish market, it can also be placed on the English and Welsh markets without the additional need to comply with English or Welsh requirements.’

This is alarming to Scots in the likelihood of there being a US and UK trade deal. If the Scottish Government banned sales of chlorinated chicken or hormone-fed beef, the UK could overrule this, forcing Scotland to sell this meat. This is likely to damage Scotland’s £15 billion a year food and drink industry as Scotland could be forced to accept lower food standards. Not only does this raise ethical problems about the source of meat, it is yet another example of Westminster trying to reduce the powers of the devolved Scottish Government.

Nicola Sturgeon’s leadership is another boon to the independence movement; she has gained much popularity with her style of government that aims at transparency and accountability. A clear example of this is her explanation on Twitter for why she has extended restrictions in Glasgow City, West Dunbartonshire & East Renfrewshire in nine simple bullet points. Her openness with the people of Scotland could not be more different from Boris Johnson’s apparently muddled method of government. Sturgeon’s leadership during the coronavirus is certain to have given the Scots a sense of what a Scottish government in full control would be like.

The UK ministers’ points-based immigration plan is another harmful policy that has been forced on Scotland. Priti Patel, wanting to reduce ‘cheap labour’, aims to stop workers from Europe with ‘low skills’ coming to the UK. However, Scotland, already struggling with a declining working population, depends on seasonal workers from Europe for additional agriculture labour. In 2017, Romanian and Bulgarian workers made up 60% of the Scottish farm workforce.

To try to mitigate the damage of this policy, Nicola Sturgeon proposed a ‘Scottish Visa’, which would bypass the points system. In typical Westminster-style, Boris Johnson rejected Sturgeon’s proposal as ‘absolutely fanciful and deranged’ but offered a plan to allow in seasonal agriculture workers for this year. It seems outrageous that Westminster can flout the requests of the Scottish Government in this dismissive way, particularly since Scotland’s agriculture is so dependent on EU migrant workers.

It may prove difficult for Scotland to become part of the EU, as it would need to apply under Article 49 to re-join, and get consent from all 27 EU countries. Other issues are currency (whether Scotland would keep the pound, or change to the Euro) and how Scotland would settle its border with England. However, none of these appear insurmountable and seem worth the labour if Scotland can take sovereignty over its future decisions. Already the SNP have done much to improve quality of life for Scots, such as making prescriptions free, offering free university tuition for students, and making Scotland the first country in the world to offer free sanitary products to all young people. It seems hopeful that an Independent Scotland would push further to reduce inequality, listen and act on what the country wants, no longer hampered by the self-serving policies of Westminster.