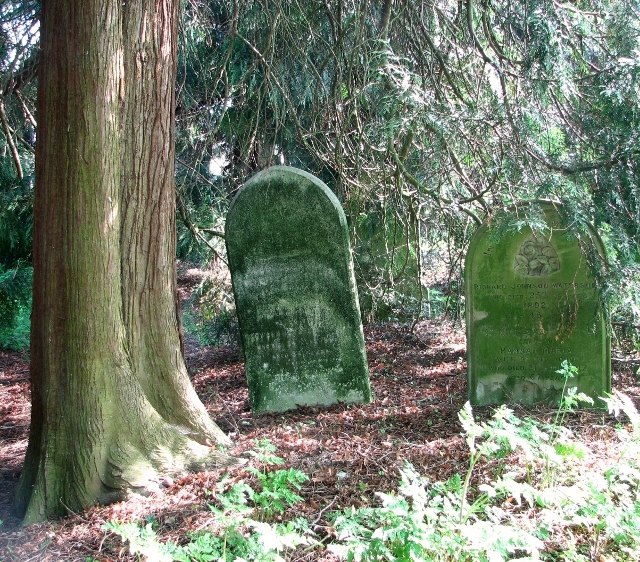 Daniella Southin explores the impact that the death industry has on the environment, and what can be done to reduce it

Written by DaniellaSouthin
Published at 07:00 on 31 March 2020
Images by Evelyn Simak

When we think of death, cremations, coffins and burials often come to mind. Typically death’s environmental impact does not,  but maybe it should. With the planet on the brink of death itself, should we be letting our deaths finish the job off?

Of all the ways of honouring the dead, traditional burials dishonour the earth the most. After being drained of blood, a body is prepared for burial by being pumped with an embalming fluid – slowing down the decomposition process. This injection contains toxic chemicals such as formaldehydes, phenols, glutaraldehydes, dyes, disinfectants and many other types of chemicals.  That is an estimated 827,000 gallons (3,759,618 litres) of harmful substances seeping into the land and waterways every year. It’s the equivalent of 16,540 bathtubs of toxicity flooding our soil, leaching into our water and infecting our animals every single year.

But embalming fluid isn’t the only problem with traditional burials, there is the sheer amount of resources used to consider too. For US burials, Safe Passage Urns estimates that ‘104,272 tons of steel’ and ‘1,636,000 tons of reinforced concrete’ are used as well as the wood from ‘four million square acres of forest’ each year. That’s not to mention the 4,300 square miles of land use that has been used for graveyards and the emissions from digging graves, transporting materials and making caskets. After the damage we do simply by living, can we justify the endless toll the ends of our lives are taking on the planet?

Advertisers have marketed cremations as having a significantly lower toll than burials and while this is true, it is difficult to consider them kind to our environment. Although they do not require embalming fluid, resources for casket manufacturing and the physical burial, the emissions produced by the traditional cremation are immense. It has been recorded that in the US alone, cremation produces ‘as much CO2 as burning 800,000 barrels of oil.’ The facts speak for themselves. Death is detrimental.

However, it is detrimental globally, not just in the western world. Hindu cremation, practiced in India, is a form of honouring the dead where an open-air pyre is used to cremate the dead. An issue that arises here, is that the use of an open-air pyre means forests and trees are cut down for their creation. Practiced near the banks of the Ganges River as a way of releasing the soul from the cycle of death and rebirth, the ritual not only contributes air pollution but also water pollution.

Mokshda Green Cremation System – a non-profit organisation established in 1992 – has been working to combat the environmental impacts of this sacred cremation. To replace the wooden pyres and prevent tree loss, they have introduced metal pyres, which unlike their wooden counterparts, can be reused for up to ‘45 cremations a day’, using less than a quarter of the wood of traditional pyres.  As a result, they estimate they have saved ‘more than 480,000 trees, avert[ed] about 60,000 metric tons of ash from rivers, and release[ed] 60,000 fewer metric tons of greenhouse gas emissions.’ In comparison to western efforts to the reduce environmental impacts cremation, with crematoriums even lacking filtering systems to neutralize carbon dioxide, the work Mokshda are doing to help the environment without sacrificing ancient traditions is crucial.

The western world are not entirely in despair, however, as there are companies developing more eco-friendly options for our deceased. Water cremation, for example, has recently become legal in the UK and there are plans to build the first facility in the near future. Also known as alkaline hydrolysis, water cremation ‘uses hot water with the addition of a chemical called potassium hydroxide, or sodium hydroxide’ explains Funeral Guide. This dissolves the body’s fats and tissues into liquid while the bones are turned to ash – which can be given to loved ones to scatter like a regular cremation. Water cremation is said to reduce the time a body would decompose from 12 years to a few hours. With National Geographic reporting it to have a ‘tenth of the carbon footprint of conventional cremation’ and the liquids produced having practical uses such as to improve the quality of wastewater in sewage systems, water cremation seems a considerably more environmentally friendly send off than its traditional counterparts.

As scientific research developments, companies are veering further away from tradition with inventive solutions to environmental devastation and death is no exception. Human composting, which turns the body into ‘two wheelbarrows’ worth of soil in four to six weeks’ is arguably one of the most environmentally friendly ways of dealing with the dead in the future.  Piloting the research with six bodies, US company Recompose are set to open the ‘first human composting service in Washington.’ Also known as Natural Organic Reduction, the process uses a reusable steel container which the body is kept in alongside ‘woodchips, alfalfa and straw grass.’ Within four to six weeks, biologically safe soil can be scattered by loved ones or used to plant a commemorative tree. As untraditional as it may sound, it seems natural for us to return to the earth.

Returning to the earth, though, is not a new idea; in 1993, natural burials became legal in the UK. It involves a body being buried in a cotton sleeve or casket made from biodegradable materials, including willow, wicker, recycled paper, cardboard, bamboo and even banana leaf. Although these burials are not typically allowed in traditional graveyards, there are almost 260 natural burial sites in the UK, a number continuously growing. Unlike regular burials, green burials do not use headstones but are instead signified by a plaque, tree or planted flowers. This makes them indistinguishable from regular meadows and forests, meaning they look natural as well as naturally giving the earth the nutrients we took from it back.

Despite tradition, we can choose to put the environment at the dead centre of our deaths by choosing to give back what we have so selfishly taken from it.