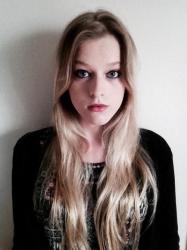 Francesca Hopkirk
Published at 07:00 on 13 January 2019
Images by Paul Hudson

Despite a promising lead single, the rest of the new EP by Public Service Broadcasting, White Star Liner, just missed the boat (don’t worry, this won’t be a review entirely filled by bad boat and/or Iceberg puns…in fact, I promise this will be the last one).

Nothing would have given me more joy than to be able to write a glowing review of the highly anticipated EP, a concept album taking on the sinking of the RMS Titanic. Perhaps, just in comparison with the outstanding quality of their previously released work, perhaps because the EP was commissioned by the BBC and not the product of authentic musical inspiration; this, ultimately, will be an album that only die hard fans of the band will ever listen to more than once.

For those unfamiliar with Public Service Broadcasting, the London based band use samples from old information broadcasts, news reels and public service announcements, and layer them over punchy instrumental compositions. Although sampling is a common practice in the industry, the band can only be described as experimental, with virtually all of their songs containing no actual lyrics, and using instruments ranging from the ultra-classics (guitar, piano, drums), through to the use of a flugelhorn (if you, like most people, are wondering just what exactly a flugelhorn is, you should be getting the picture of just how experimental this group can be).

Much like their previous albums, White Star Liner aims to tell a story. The EP bursts into life in its two opening tracks, capturing all the optimism and excitement that surrounded first the construction of the Titanic, and then the launching of the ship from Southampton. The first track makes for a promising start, and, although a little forgetful, it promises bigger and better things to come from the EP. This hope feels as if it might be lived up to as the twinkling piano and big swelling brass at the end of the first track melt seamlessly into the second, ‘White Star Liner’, the album’s lead single. This has all the hallmarks of a classic Public Service Broadcasting track, however, does mean that there is little to this track that they haven’t done before, and done better. The band have proved time and time again that they are quite capable of variety (Every Valley, the studio release that immediately preceded this one, somehow simultaneously perfectly encapsulated a very personal, human side of the Welsh Miners’ Strike and discussed, at the same time, wider political reflections and far reaching consequences right up to present day). Unfortunately, they just don’t manage to pull this off here.

Then comes the track entitled ‘C-Q-D’, named after the distress signal sent out by the captain of the Titanic once they knew they were sinking.  Just where you think things might get interesting (the point at which most people’s interest peaks in a three-and-a-quarter-hour-long Leonardo Di Caprio Movie), the song suddenly falls flat. Although the drums in ‘C-Q-D’ match the Morse code for this distress signal, which, whilst undeniably some small stroke of genius, is not quite enough to compensate for the overall lack of punch packed by the track.

Public Service Broadcasting, led by J. Willgoose Esq. (if this name doesn’t immediately convince you to pick up one of their albums, maybe nothing will), close this EP with ‘The Deep’. Is it haunting? Yes. Is it interesting to try and discuss whether or not the wreck of the Titanic should be raised from its sandy depths through a song? Yes. Is it, just a little bit…boring? Also, unfortunately, yes.

The band have, undoubtedly, managed to discuss many aspects of the sinking of the ship for just 13 minutes of EP. They have, undoubtedly, made a good lead single (it just so happens they have produced this single before, just with a different title and subject matter). They have even, undoubtedly, managed to stay sensitive to what is still remembered as one of the great tragedies of modern times. However, I would still suggest that you could listen to any random four tracks previously released by the band and still have a better experience than listening to White Star Liner from beginning to end (which is saying something, because much of the band’s power does come from overall impressions of concept albums). Although, it really should be stressed that this is undoubtedly due to the quality of music previously released by the band, not necessarily a total lack thereof in this EP.