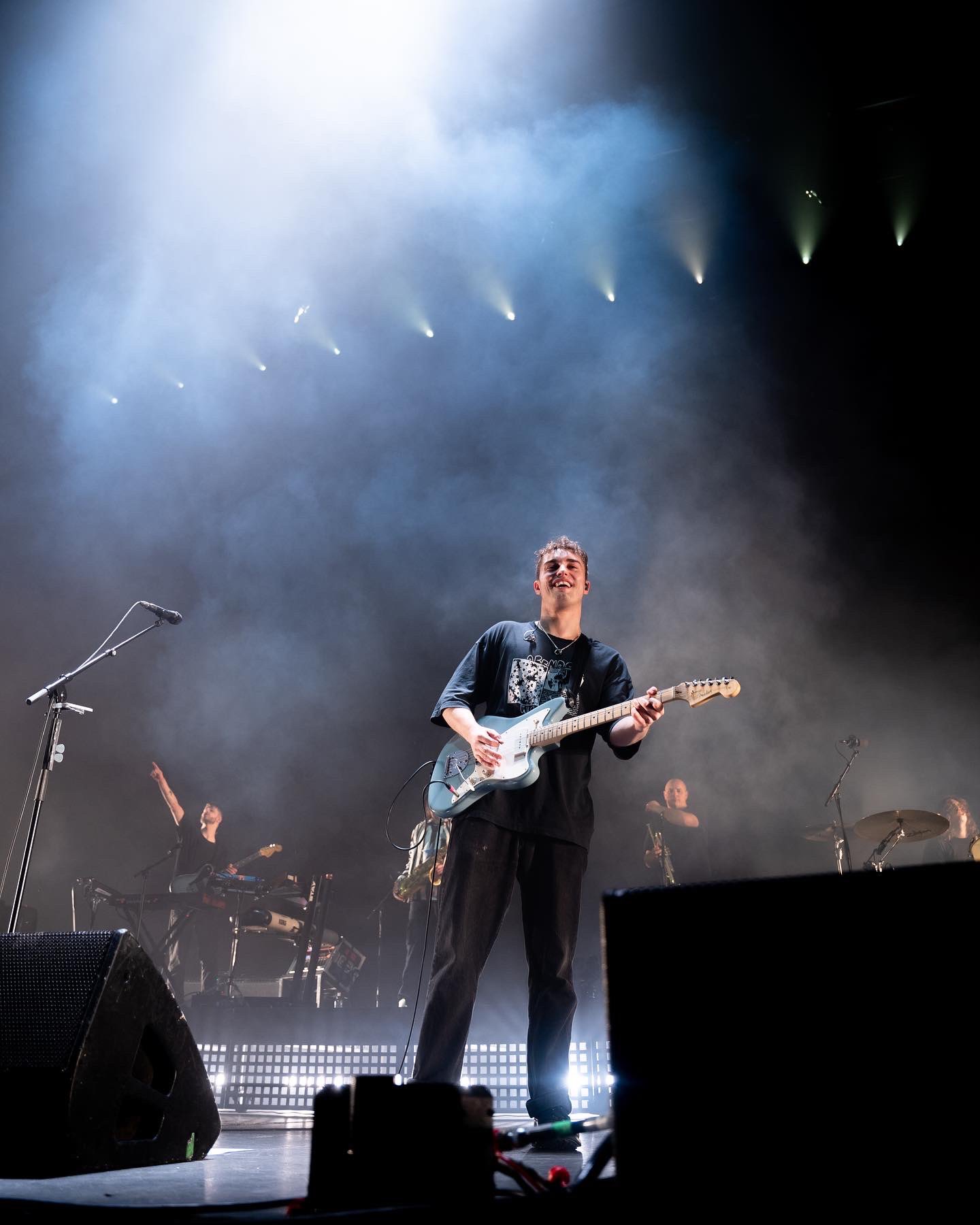 Music Critic Anna Robinson reviews the Winter Edit of Sam Fender’s The Dying Light, finding it to be deeply personal and emotional

Written by annarobinson
Published at 13:00 on 9 January 2022
Images by @samfendermusic on Twitter

Content Warning: Contains a discussion of suicide and death

If you read my previous album review of Seventeen Going Under, you will know that I am a big fan of Sam Fender and his latest release. Last week, Sam released a Winter Edit of the final song on the normal album (not deluxe), ‘The Dying Light.’ Written when Sam was at his lowest, the song is sung from the perspective of someone considering taking their own life. However, during the song, they vow to keep going, if not for themselves, but for those they love and those who did not make it. This touching and emotive song has been given the winter treatment, honing in on the emotion of the lyrics and creating a starkly moving song. Shortened slightly in length for the radio, the song is similar in style to ‘Dead Boys,’ his first single and the song that shot him to fame.

Hailing from North Shields, in Newcastle, the area has the highest number of suicides in the country; and both songs highlight how prevalent of an issue this is, especially amongst young men in the area. Coming from the city myself, it is a real issue amongst my age group, and is something that is exacerbated by the high poverty and unemployment levels in the North East. ‘The Dying Light’ is such a deeply personal song, and yet so many listeners will relate to it, and will understand the struggles both Sam and so many others have felt. Written during lockdown last year, the feeling of isolation in the song is amplified by the solo piano and the lyrics of ‘I’m alone here, even though I’m physically not.’ The sensation of being alone in a crowded room really brings home the aspect of mental health, and with lockdown a recent memory in our minds, the feeling of physical isolation plays into the song too. As the song builds, and the lyrics end at a resolution to stay alive, there is a long instrumental with the piano joined by drums to create an uplifting ending to what is quite a melancholy song. A song to cry to, the emotions are high within the lyrics and Sam’s vocals, and there is a real connection between Sam and the listener, as we feel his determination to carry on in spite of everything.

Single Review: Foals – Wake Me Up